Benny L is one of the most in-demand names in D&B right now | DJMag.com Skip to main content

Benny L’s drum & bass productions have become some of the most coveted in dance music, topping the Beatport charts and released by institutions like Metalheadz and Hospital. Ahead of another big summer, DJ Mag chats to d&b's new favourite son...

Patience is a virtue, possess it if you can. It’s a quality that’s seldom, if ever, found in a modern-day drum & bass fan. For proof of this contemporary proverb let us examine the case of Benny L. A man subject to some of the highest levels of dubplate impatience in years, he’s had to reinstall Instagram more times than Andy C’s won Best DJ trophies due to high levels of inbox pester pressure. Link me this. I beg you that. ID? ID? ID? Oi oi oi...

“It winds me up!” admits the South London-born-bred and-based drum & bass artist in question. “You make a tune, finish it, play it out, then it’s just constant messages asking when it’s coming out within a day. It’s mad.” He laughs about it — a perpetually upbeat fellow, he laughs about a lot of things — but there’s more than a smidgeon of seriousness to what he’s saying. Benny explains how he’s humbled by any support he receives from fans, but when it comes to the digital dispersal of tunes ahead of release (dubs or dubplates, for all intents and purposes, albeit without the actual physical plate itself), he feels a little decorum is necessary.

“Don’t message someone you don’t even know and make demands,” he says. “‘They need it now, they can’t wait.’ Just be patient. There are certain ways things happen, and kids now have grown up without knowing how things happen.” Aged 25, Benny grew up in a similar climate to the new generation of fans. But, thanks to a chance childhood encounter with Dillinja’s ‘Nasty Ways’, he seems much more au fait with age-old d&b traditions than many other artists his age and younger. He was just seven or eight years old when his brother exposed him to the track.

“It was pretty much a love-at-first-sight thing, and has been ever since,” admits the man who’s effectively been studying the fine art of patience for the last 15 years.“My brother inspired me very early on,” Benny says. “I’d go into his room and see him mixing and ask if he could teach me, but they were his pride and joy and so I wasn't allowed to have a go. But wed spend hours and hours going through his collection with me sitting on the bed with a pile of vinyls around me and we'd go through them all! Garage, Jungle, D&B it was all there."

His brother never took his passion beyond house parties, but Benny was biding his time. First, he had to wait an age to actually experience the music in the environment it’s intended for. From age 10 to 18, he absorbed the culture through his brother’s vinyl collection (early favourites included Dillinja’s remix of Adam F & DJ Fresh’s ‘When The Sun Goes Down’ and Krome & Time’s ‘Ganja Man’), magazines, online interviews, videos and early dabbles in production. Only once did he try his luck underage.

“I remember being, like, 15,” he says. “Me and my mate went to Fridge to try and see DJ Hype. It was a classic Inbetweeners situation,” he laughs. “Go in the queue, get to the door, any ID? No. You’re not coming in. Okay, bye then. And off we went home, tails between our legs.”

CHOPPER
Now the only ID requests Benny receives are from the aforementioned dubplate ‘enthusiasts’. Since his massive breakthrough tune, the quintessential foghorn track and veritable groaner boner ‘Low Blow’, blew up 2017 (thanks again to precision dubplate tactics and some heavy endorsements from Goldie, who went on to release the tune on Metalheadz), speculation, mistitled clips and brazen online rips have been rife with pretty much every new tune Benny has revealed. But one tune in particular has been a popular request: his remix of ‘Police In Helicopter’ by late, great reggae icon John Holt.

A key re-loader and massive festival anthem for the biggest DJs of the genre for the last six months, it’s been one of the most coveted dubplates in drum & bass in recent years. Its well-timed build-up and release (as part of Hospital Records’ ‘Sick Music 2019’ album) worked so well, in fact, it set a new benchmark as the first drum & bass track to smash Beatport’s overall Top 100 No.1: a position it maintained over gargantuan house and techno acts such as Solomun and Solardo, whose status and sales figures usually dwarf the comparatively smaller d&b stats.

“I still can’t believe it, it’s mad,” Benny says. “I knew the track would do well, but nothing like this.” At the time of speaking to him, it’s just five weeks after the release, and his remix not only remains in the overall Top 100 but also sits pride of place at No.1 in the genre charts. No other drum & bass track has had anywhere near as much success on the popular download store and it’s proof, if needed, that dubplate culture and careful building of a tune can still work, even in the impatient age of proliferation and immediacy. It’s also proof, if you need that too, that Benny L is flipping killing it, and has been for quite some time. Possibly more than some realise. 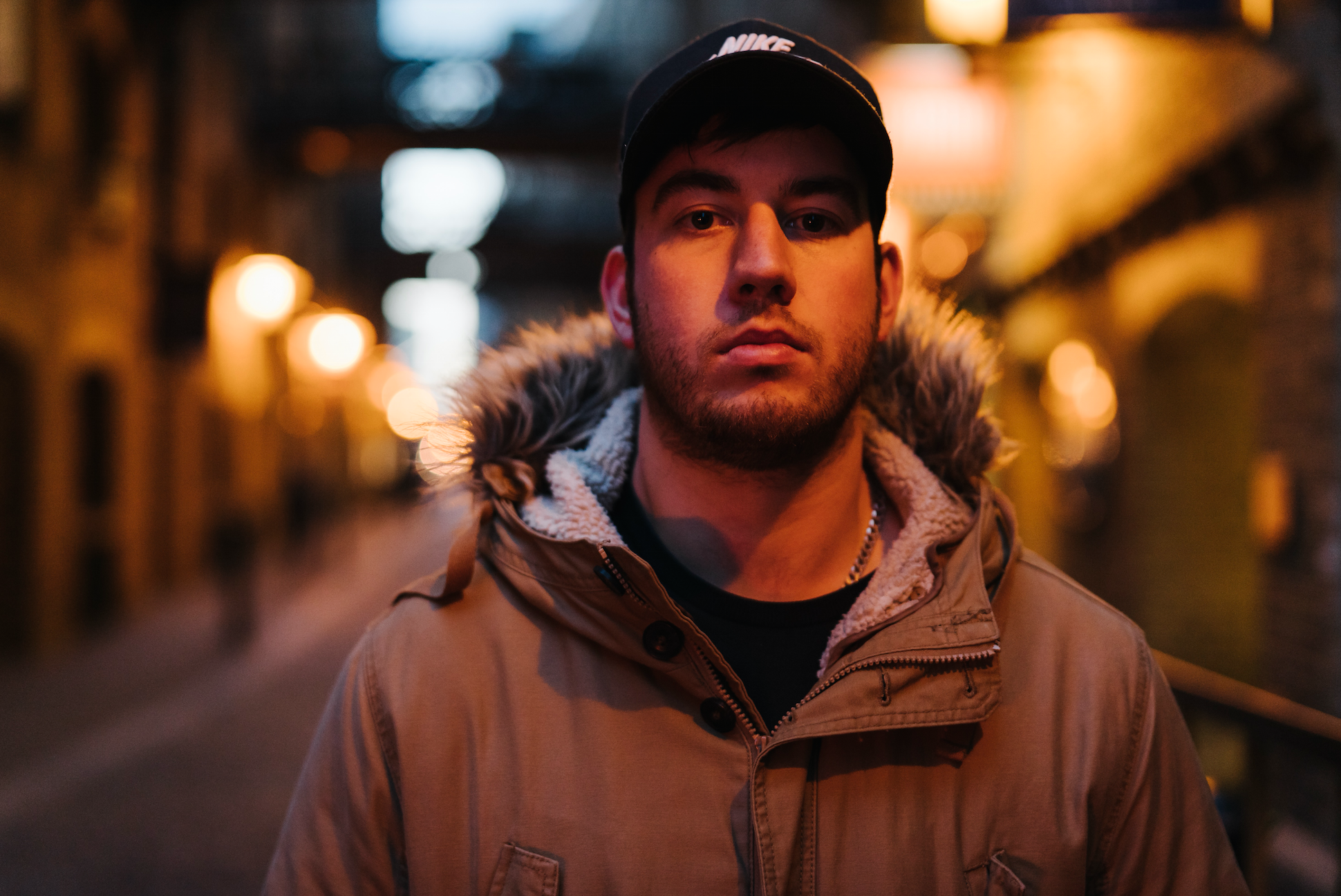 While there’s no question Benny officially levelled up with ‘Low Blow’, he’s certainly no overnight sensation, and had actually been chiselling away at his sound for many years before. He started off as a DJ (thanks to his brother’s decks), and you can tell that when he’s rolling out dubs and classics seamlessly and craftily. But he’s the first to admit it’s his productions that have led to his currently packed gig schedule.

“I did do that ‘here’s my mix CD mate’ thing for a bit,” Benny says. “But it didn’t do much. I knew I had to knuckle down and get the productions as good as I could, and the gigs would start coming in.”

The fine art of patience kicking in again, Benny’s musical mission actually dates back to 2011, when he moved to Bristol to study music production. It was here he met the Mediks, an AudioPorn-signed crew comprising Dan Goudie, Ross Burr and Rob Talbot, who, as Astronaut and Dodge & Fuski, would go on to found and develop the hugely successful LA-based dubstep behemoth Disciple. Together, they made ‘Speakers Vibrate’, which pricked the ears of label founder, ex-Ram Trilogy member and all-round d&b OG Shimon, who has since spent the last five years supporting and guiding Benny. He’s released his formative EPs such as ‘Walrus’, ‘Appleroids’ and ‘Thunder’, made sure his dubs were shared with the right selectors, and that his releases landed on key labels as well as his own AudioPorn. Labels such as Metalheadz, with whom he’s released two substantial EPs and is about to drop another long-awaited dub ‘Vantablack’, and genre godfather Randall’s Mac II imprint.

“Big shout to Shimon,” Benny says, who’s had priceless guidance and support, yet remained a free agent and not tied down by label exclusivity. “A lot of labels wouldn’t do that. They’d want some type of exclusivity. But Shimon sees the bigger picture. We can help each other and grow together. It’s been good. I think things have changed in general in the scene, to be honest. Now it’s much better to be free and work with everyone. But eight years ago, when I was just trying to get into this, I remember everyone being like, ‘I’ve got to sign to a label!’ They couldn’t wait...” 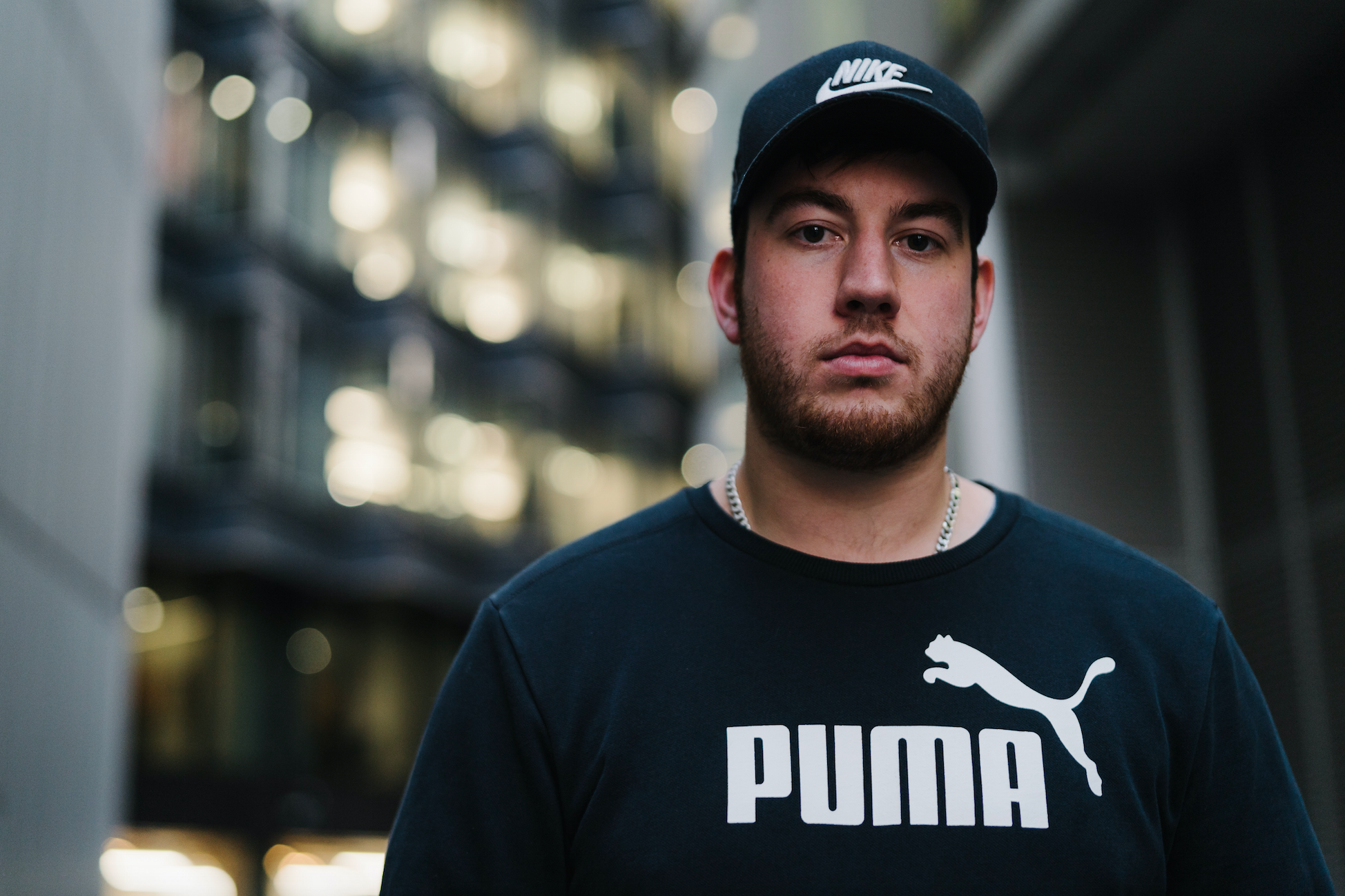 The impatient irony isn’t lost on Benny, who clearly can wait. When asked if the first few years of releases prior to his recent game prominence ever felt like they were going too slowly, or maybe not paying off in such a successful way, he pauses for a second.

“Nah, never,” he says. “I’ve always been positive. It happens when it happens. I always had faith it was going to happen. But only when I was ready and it was the right time. I’m happy doing what I love, no matter what level I’ve done it at.”

Now currently aiming for debut album level, another chapter beckons for Benny, who was nominated for Breakthrough Producer at DJ Mag's 2018 Best Of British awards and won Best Breakthrough in last year’s Drum&BassArena Awards. Inspired by Dillinja’s Cybotron project and classic concept albums played by his parents as he grew up, he explains how he wants the LP to suck you in and soak you up as a whole body of work. His respect for classic album craft mirroring his old school d&b ethic, he already has a concept in mind and is at the very early sketching stages. But keep your trigger fingers away from the DMs for now. Something tells us there’ll be a bit of a wait... and Benny’s more than happy with that.