Where?
First Saturday of the month at Mint Club, Leeds.

Sound
Cutting-edge techno and underground house from the globe's biggest names and labels.

Blazing a singular trail as one of the most essential sessions in the North right now, when System book the globe's hottest techno and house DJs they're not just doing it to stick a name on their flyer and be done with it.

"We really want everyone to come away with the feeling that they've experienced something a bit more special than an average club night," explains co-promoter and resident Annie Errez.

That "special something" which sets System apart can come in many forms. It could be a city debut as it was for Onur Özer and Redshape last year or a hook up with a leading label like Kompakt or Pokerflat.

Or it could be a rare event like a seven-hour set from Loco Dice or a live performance from Jeff Mills on a Roland 909 drum machine.

And that's before you add the club's rightly lauded, perfectly installed Funktion One soundsystem into the equation. Bringing crystal pure clarity and palpable punch to any soundtrack, it's a mile away from System's humble beginnings in the 200-capacity Halton Moor pub.

"System all started when [second promoter] Shane Graham was putting on small techno parties in a pub," explains Annie. "Resident Cormac, Jamie Anderson and I played at all of them and there were some awesome guests like Slam, Funk D'Void and Billy Nasty - they were ace, such a brilliant atmosphere! After all meeting there and realising we liked the same music, Shane said he wanted to buy a club and put nights on more regularly so he bought and refurbished Leeds' Mint Club in January 2008, and here we are..."

It is 'here' at the boxy, unfussy Mint Club where System have truly come into their own - playing its part in rejuvenating the Leeds venue alongside nights like Filth. The venue's straight lines, minimal but state-of-the-art lighting and sleek walls make for a perfect backdrop onto which energy is projected by System regulars, while the Watergate-style LED disco panel above the dancefloor gives things a futuristic finish - its thousands of individually controlled lights add another dimension to the music, bringing red-warmth or blue-cool to corresponding moments of music.

When the whole thing glows one colour for the first time during a headliner's set, the club never fails to erupt. 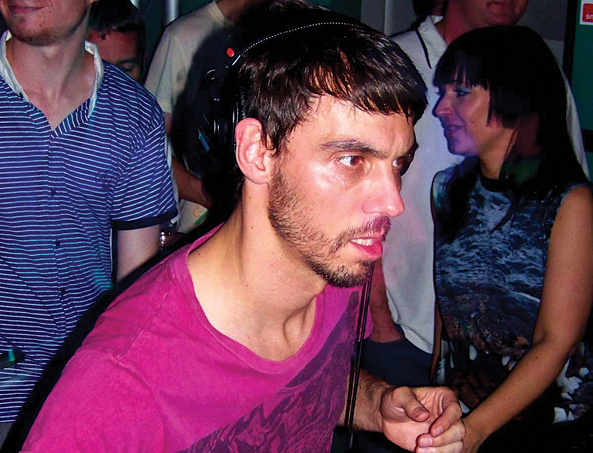 And as for the Grade A booking policy? "Shane has good friends over in Germany who've put us in touch with big labels like Desolat and Cocoon and really helped the night out," continues Annie.

"The music just has to be top quality - after that there is no real booking policy."

And, because of that, those doing the erupting - be they bright-eyed youngsters or Berghain weary veterans - are always a fine mix of music lovers.

"We've got some amazing line-ups to take us right through until summer and Cocoon In The Park 2010 - apart from that we'll just keep doing what we're doing" concludes Annie. And why shouldn't they?

After two years of honing proceedings at Mint Club, the people behind it have found the perfect System.