Bursting Through The Dam! | DJMag.com Skip to main content
Features

It's no secret that Amsterdam is a great music city, particularly where dance music is concerned. Host to a rich mix of hip and legendary venues like Paradiso and Melkweg, and home to many of Dutch house's movers and shakers, it's grown exponentially as a must-visit location since the inception of the Amsterdam Dance Event. But while the "dirty Dutch" house sound and huge popularity of trance (both of which emanate from there), are all well and good, the Dam's underground electronic credentials are not as visible as you might expect. Sometimes it takes an expert to show you the ropes, and if anyone knows how it really goes down in the Dam, it's Tom Trago.

Undoubtedly one of the hottest house and techno producers to emerge from the Dutch capital, since 2006, when he first hit pay-dirt with the extraordinary 'Live With the BBQ', Trago has blazed a singular trail down the highway of dance music, with streamlined, slick, chrome-plated and melodic Detroit-tinged house for labels like the esteemed Rush Hour and Kindred Spirits. Now firmly imbedded in the city's bubbling, vibrant underground scene, he was first exposed to electronic dance by his DJ progenitors in the '90s and early 2000s and hasn't looked back since.

"Back then there was quite a good scene of DJs, like KC the Funkaholic, he was a big influence, and he's the founder of the label Kindred Spirits," Tom remembers. "He used to be a great house DJ, mixing up all kinds of different styles, like he'd drop a Brazilian record, take you on different journeys. He was a really open-minded DJ in those days, because back then I guess it was more about genres. He started that stuff off, the open-mindedness of producers in Amsterdam and Holland in general.

"I got into dance music through the guys from Rednose Distrikt - Aardvarck, Kid Sublime, those guys. I met them when I was 17 and getting into the nightlife in Amsterdam. They played very funky music, and they were releasing stuff on Rush Hour.  They pushed the envelope by playing the weirder records.

"When I recorded my first demo, I didn't know if it was good. I dropped it at the Rush Hour office, and they were like, 'Fuck man, we gotta release this!'  It was 'Live With the BBQ'. If you lived in Amsterdam and were into music back then, you just walked into the Rush Hour store, and you could really easily meet Christiaan or Aardvarck or other guys from the label."

From this initial colourful outburst of creativity, Tom believes, has grown a new network of producers and DJs inspired by the eclecticism of their forebears and the growing Dutch electronic scene, forging a new future for Dutch music and putting Amsterdam on the map.

"Now you can see a lot of young kids, like for instance the Dek Mantel crew, coming up, and they run a cool house label now and all kinds of nights where they try to push avant-garde music like Floating Points, Levon Vincent, people who are making music on the edge. There are quite a lot of promoters in Amsterdam that are not really into booking those big acts anymore, we've already seen them. There are so many new artists coming up in Amsterdam."

With ADE now growing in size and reach with each ensuing year, Tom reckons that the event can only help foster the growing scene - and not just the more established trance and electro house acts.

"If you've just come from overseas, you can go to all kinds of parties at ADE. Although the way it's organised looks like it promotes the bigger artists, the underground people do really cool things, too. Every year it gets more professional. Last year I was contacted to do a seminar, and I must say I saw some really great ones, which gave me some great tips or talked about promoting stuff. I think this is an important part of ADE, too."

With his last album, the excellent, expansive 'Voyage Direct' still pinging around our brainpans, Trago is readying his next for release early next year, preceded by a single in October, which he says is inspired in part by UK bass music.

"There's a lot of different styles on there. 'Voyage Direct' would be more in a house, disco and techno zone but this album is definitely not that sound. I just try to make what I want. I'm going to release it on my 28th birthday, on 28th January 2011. I guess we're going to do the first single in October. Romanthony, Tyree Cooper and San Proper feature on the album.

"There's definitely some UK influences, that Joy Orbison vibe. I'm really inspired by people like Floating Points because they are the embodiment of multiple genres, these hybrid sounds. That's a new sound and it's influenced me, I love it!"

As a producer with his ear to the (under)ground, Trago is perfectly placed to offer his recommendations of the freshest new Amsterdam and Holland-based acts busting out and rising up. So without further ado, over to Tom… 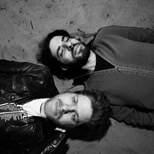 Juju & Jordash
"Although these guys are not originally from Holland I consider them as real Dutch (if it is only for the amount of pot they smoke!) These guys are very talented and musically educated, with a sound that stands out.  I consider them as an important influence to me, and a lot of other producers, because they use live instruments and are really into the knowhow of recording and studio processing. They have no borders and experiment where necessary.

They dropped their first LP on the label of Dekmantel, a fresh crew of house/techno/disco/music heads who do great parties and much more.
"Also, they have a nice live (yes real live, with instruments) show. Quite spacey but still grounded enough to rock and take you on a journey."

FS Green
"This young cat is just dangerous. Armed with a laptop and a pair of ears, I am so sure this guy will be making beats for Jay-Z and all of those big guys within no time. FS Green has a distinct sound, which is grounded in hip-hop but also travels between uptempo and dubstep. Actually, whatever he makes, it's banging.
He just did a remix for me ('Lost in the Streets of NYC' which will be out mid-October) and that's a beautiful example of a no-genre, just good music track.
Next to that, he's a good DJ and a friendly guy. What else do you need in this game?" 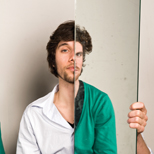 TWR72
"MAKE WAY! Because TWR72 are (in my opinion) becoming the next big thing in dance music. with their overpowered but sensational sound. They know how to make tracks that are certified to make the dancefloor go bang. Hard, warm and effective house music. I guess every big (room) DJ already has some of their records in the box. With great remixes for the likes of Teki Latex, B.R.U.C.E., Seymour Bits, The Benelux and more, there is no doubt these guys will blow up (Decked Out should sign them just before everybody reads this)." 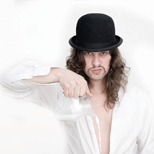 San Proper
"The one-and-only rock 'n' roll superstar DJ from Amsterdam. A DJ and music connoisseur supreme at night-time, a cook/chef and life-loving mammal in the daytime.
San has been playing clubs, arenas and bars over the last 10 years and has always been supporting SOUL music in all its extensions. He 's a real underground hero, but is now getting notorious all over the globe.
San Proper produces a unique sound, which is truly distinctive. By layering his music with his crazy voice, he takes listeners into a tribal and trippy bass-driven 808 sound. HANDBREAK TURN into the FUTURE."

Maxim Yesodharan
"My partner in crime for over five studio years already, this boy is now slowly taking off into his own galaxy of deep, warm and undiscovered sounds.
By following his gut feeling, he is not only truly original but also truly unique.
Maxim will never lose his own sound or be influenced. He is original. Comparable with the likes of Omar S, Theo Parrish and Madlib."

Young Marco
"This auto-didactic wonder-child is a protege and a pioneer of the new Amsterdam sound, which lies in-between house, disco and Balearic danceable beats. With a fresh new release on Rush Hour, 'Moving Fast (Very Slowly)' and his own label Hand of God he is gaining notoriety amongst real music lovers and disco heads. Next to that, he's a DJ who knows how to get people dancing. With his (old) partner Orpheo, he produced 'Mach 4', an Amsterdam dancefloor classic! Check out his radio show Weird Science and you will know what he is about!" 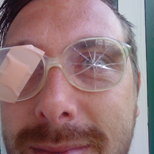 Awanto 3
"Can't tell you much about this man, except he only lives in the darkest holes of the night. He is doing a release on my label (Voyage Direct Series). Dope DJ, splendid producer!"