On Cue is our flagship mix series, celebrating the pivotal DJs and producers whose influence has shaped the world of electronic music, both in their local scenes and beyond. Next up is Addis Ababa artist Ethiopian Records, with an 80 minute mix demonstrating his forward-thinking productions, collaborative spirit and spellbinding live sets

As Ethiopian Records, Endeguena Mulu’s vision for electronic music recontextualizes tradition. With a view to evolving the sounds of his home country, the Addis Ababa artist has, for over a decade now, been crafting a distinct style called Ethiopiyawi Electronic.

The sound of Ethiopiyawi Electronic can be difficult to define. As Mulu explains, it’s not just a genre tag, but a term that focuses on process and intention as much as it does on outcome. At times, it can feel intensely rhythmic, as heard on his 2018 Arcola EP ‘Ye Feqer Edaye / የፍቅር እዳዬ’. Elsewhere, on tracks like ‘Transcend’ or in fellow Ethiopiyawi Electronic artist Mikael Seifu’s ‘The Solopsist’, it can feel abstract and psychedelic, with diffusing melodies and sporadic percussion making for a uniquely mesmerising listening experience.

As Mulu tells DJ Mag, the intention of Ethiopiyawi Electronic isn’t to “fuse” styles, or to create a sound that will appeal to a global audience, but to inspire those around him specifically through Ethiopian art. “I am resolved in growing something out of the traditional,” he explains. “I am even more excited about reclaiming my imagination, and my country and continent’s imagination… of creating and discovering new points of reference, and new ways of looking at the world, that don't necessarily have the Western gaze in mind.”

Mulu spent his teenage years obsessively foraging for music: through TV, tapes, and dial-up Internet; listening to western pop and film scores, industrial music, French rap and Japanese instrumentals. Throughout this, though, traditional Ethiopian music remained a constant in his life. He started producing music when he was 13 years-old, on a Windows ’98 program called Tuareg. “It is how I explore my own culture using tools that weren't made in my culture, but belong to everyone,” he says. “Trends come and go, but this I feel is eternal.”

Ethiopiyawi Electronic defies the colonialist idea that the cultural (and monetary) value of African art increases only when Westerners pay attention to it. “I worry about appropriation and gentrification because the West.. [has had] a very abusive relationship with my continent,” Mulu says. “I also worry about this attention we are getting [from the West], like African people worry about their raw materials and lands. I think the only way for Africans to be safe here is for people from my continent to take ownership of their cultural evolution. I don't just mean [that] musically or artistically... I am [also] talking about financially, structurally, and professionally.

“People from my continent, and especially my country, need to understand that culture isn’t just something that's in a museum, to be entertained by,” he continues. “Without self exploration, funded and spearheaded by ourselves, there is no future.” 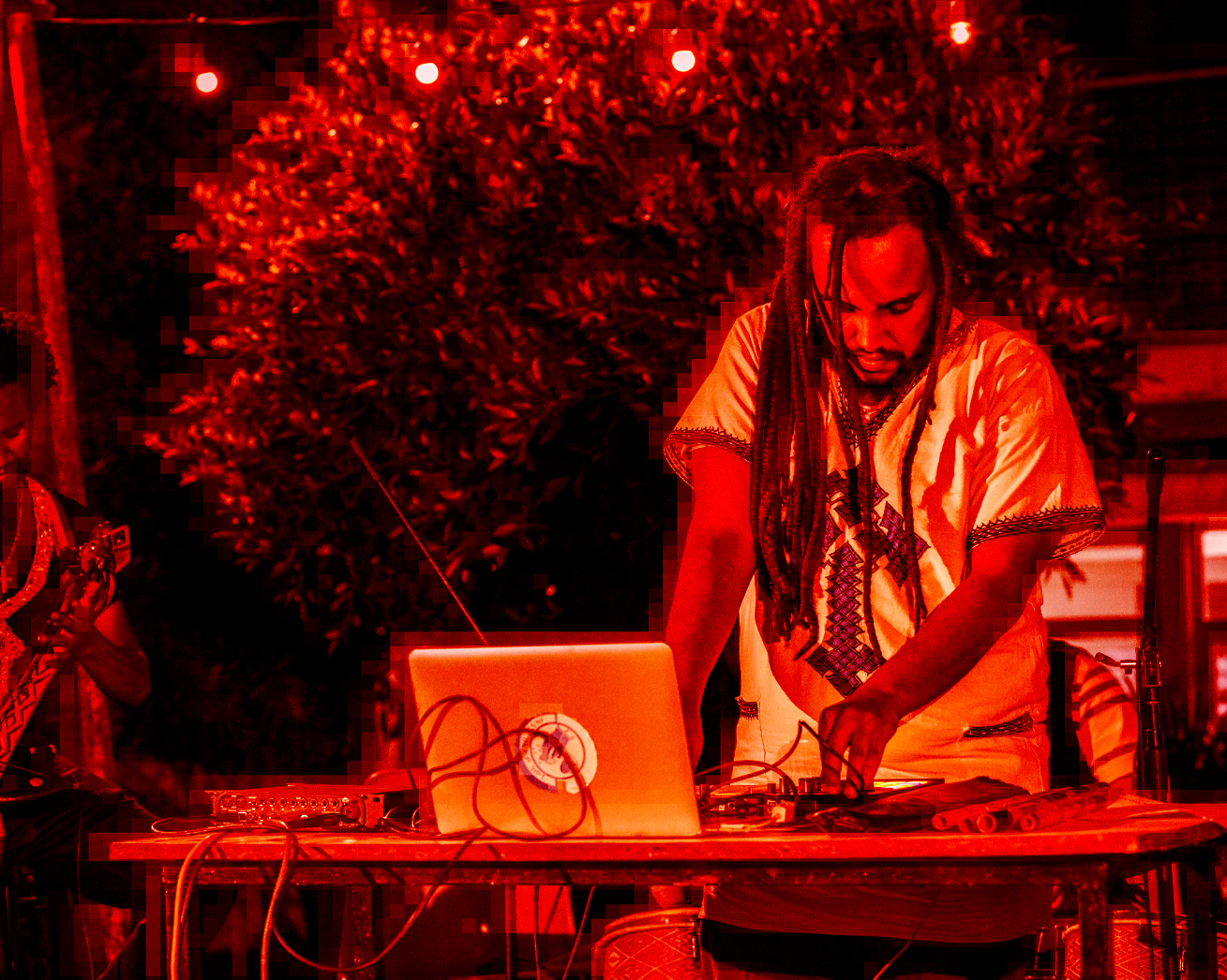 As Western labels, DJs and producers continue to look to Africa as a source for “obscure” records to be “discovered”, often with little or no financial remuneration for the original artists, the spectre of colonialism feels close and sinister.

“Africans should be in control of how our culture evolves and where it evolves to,” he continues. “I think we shouldn't just look towards the west to make us the next big thing. Colonial history has culminated to a point where this unfair dynamic of power has been accepted and normalized, when it shouldn't be.

“The point of culture is not to become ‘the next big thing’. It is to have a thoughtful, spiritual, and philosophical exploration of one’s environment and heritage. When you are appropriating, it doesn’t matter how much you love a culture – you must know that your work is only getting attention because of your privilege, and your closeness to western hubs of cultural distribution. You are robbing someone who comes from that culture their space on the stage.” 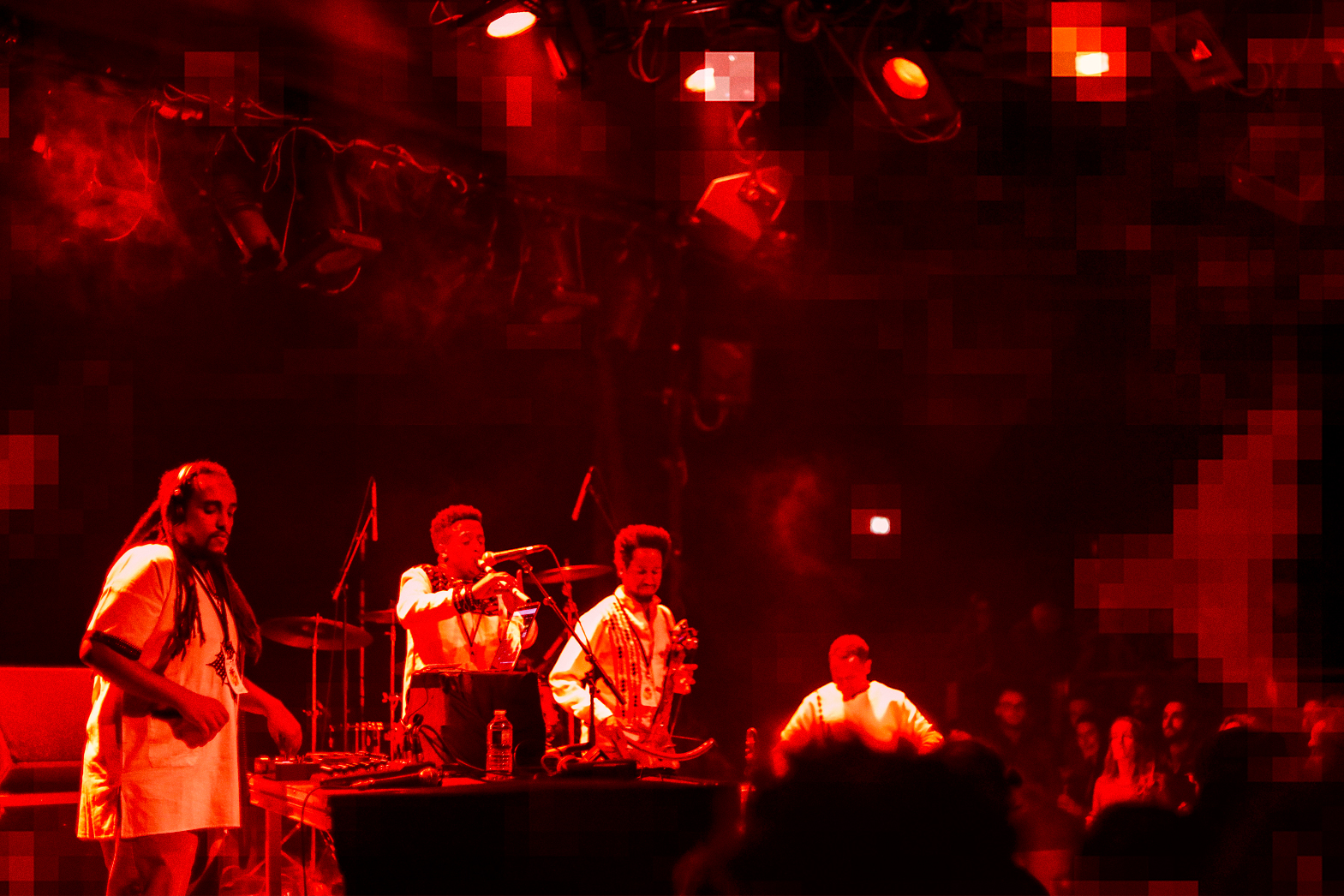 Mulu has become involved in a pan-African music platform, Crudo Volta. Run by Rome-based collective Python Syndicate, which has released documentaries on African electronic genres like gqom (in Durban) and afrobass (in Accra), they recently unveiled a new miniseries, Taxi Waves, which showcases a new wave of artists from Lagos, Maputo, and Addis Ababa. An accompanying compilation album includes two tracks from Mulu, along with cuts from Gafacci, Citizen Boy, Young John, and Rvdical the Kid.

“The African diaspora has a big responsibility when it comes to giving Africans more space to shape their own destiny,” he says of the project. “I think people who have access to tools and networks out there – to advance the fate of our music, and give African creators more control – should do so. There’s a lack of professionals in this field. It’s a very important role that needs to be filled.”

Ethiopian Records has been branching into more collaborative territory. As part of band Azmari Synthesis – named after the Ethiopian storytelling tradition of Azmari – Mulu’s invited Ethiopian traditional and jazz instrumentalists to perform in his live shows. He plans to tour the show, and release recordings of performances, in the coming year. “Everyday I am discovering my purpose and I am really grateful for that,” he says.

Ethiopian Records’ On Cue mix is an 80 minute trip through Mulu’s artistic and cultural ethos, drawing from live sets and sessions with musicians, such as alto saxophonist Letarik Tilahun.

“The main theme of the mix is rebellion and revolution,” he says. “It is a mix that calls for unity in my country, in my continent, and all over the world. It calls for people of colour, working class people, and people in general, to unify and thrust this world towards a better place. It is mix that calls for a joyful and loving global revolution... and a more unified, loving, inclusive, and thoughtful Ethiopia.”

Listen to Ethiopian Records’ On Cue mix below.

Want more? Check out our recent On Cue mix with Warp affiliates, Plaid, and our 2018 interview with Uganda's Nyege Nyege member Kampire