On Cue is our newly relaunched flagship mix series, celebrating the pivotal DJs and producers whose influence has shaped the world of electronic music, both in their local scenes and beyond. Next up is Different Circles co-founder and brains behind the weightless aesthetic, Logos. DJ Mag called him to discuss ominous new long-player ‘Imperial Flood’ as he delivers a swirling and thunderous mix...

Logos is, by his own admission, not the most prolific producer. The London-based artist, otherwise known as James Parker, still works a dayjob, and in the near-six years since the release of his groundbreaking debut album ‘Cold Mission’ has added the rather time-consuming endeavour of raising a kid to his list of non-musical pursuits. What his discography lacks in quantity, however, is made up tenfold in quality. A pioneer of the weightless approach — a minimalist style inspired by the beatless devil mixes of grime and developed alongside regular cohort Mumdance — Parker’s tracks are impeccably balanced cuts of sparse futurism. The aforementioned ‘Cold Mission’ and the 2015 album ‘Proto’ (a collaborative project with Mumdance), offer angular deconstructions of grime and hardcore — the kind of free-thinking club music nurtured at the Boxed club-nights Parker also co-founded. And now he’s back with new album ‘Imperial Flood’, adding an dark new twist to the weightless canon.

Out now via Different Circles — the label Parker runs with Mumdance — the LP was born from limitation. “My issue as an artist is I don’t make a lot of music, I don’t write 32 tracks and reject two thirds for an album. I probably wrote 10/11 actual finished tracks,” Parker explains — ‘Imperial Flood’ being a tight nine-track affair. “I don’t have a lot of material to work with, so I deal with what comes from the process and then that’s what the album is.”

Don’t let that fool you into thinking his work is stunted or forced, however. Parker says limited material — and “a finite amount of time”, he says with a chuckle — brings out the best in him. “If sometime sat me down tomorrow and said, ‘Oh I’ll give you 3 million quid’, I’d probably quit my job and be a musician full time; but actually I don’t think that would suit me at all. I wouldn’t necessarily be writing double albums every year if I had all the time in the world, it doesn’t work like that. I actually appreciate the way I work, I think it brings the best out of me when I have a bit of pressure.”

And there were more self-imposed limitations in the creation of ‘Imperial Flood’. Parker explains how cohesion was a top priority to him. It shows too; the album has a sharply defined sound built on repetition of a more “deliberate” sonic palette. Eerie strings that hark back to ‘90s drum & bass, even reminding DJ Mag vaguely of Faithless, lay a foreboding foundation from the very start, reappearing often throughout. 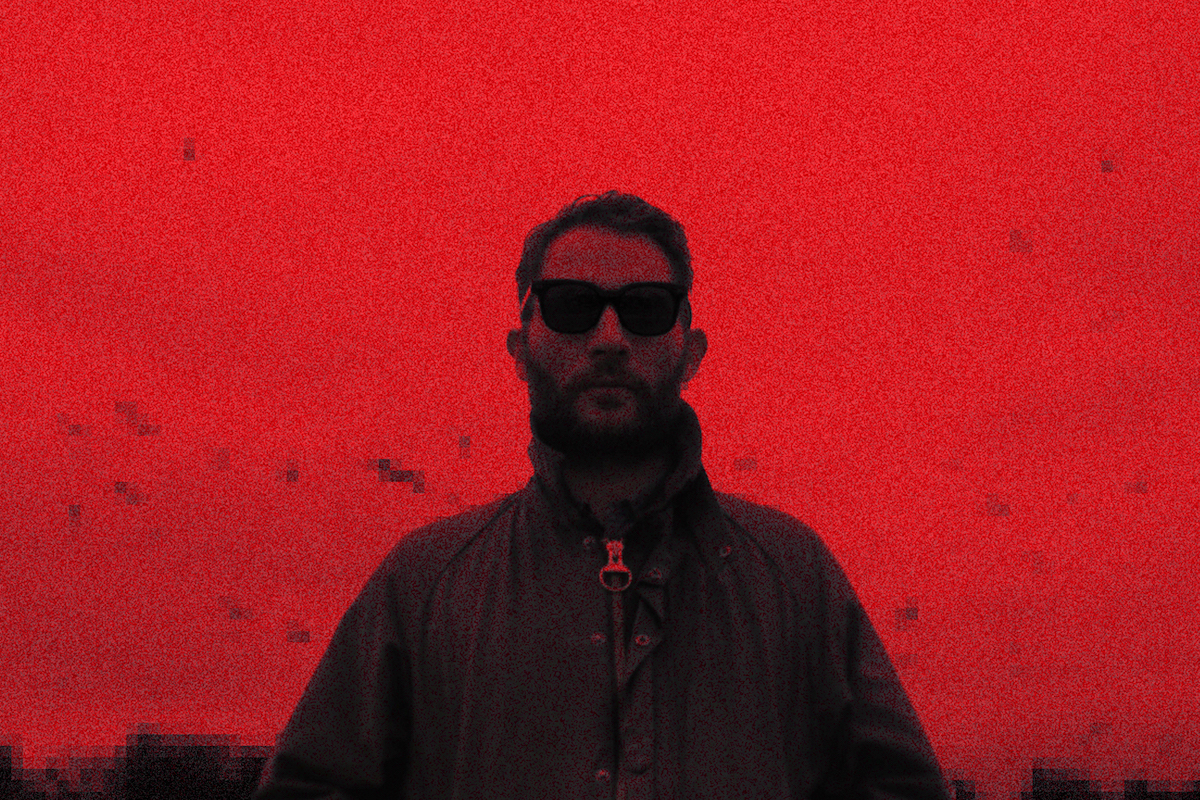 “I ended up working with a few synth patches I really liked, and I basically just rinsed them,” recalls Parker, mentioning the cohesive sound of the album ‘Tooth’ by Blackest Ever Black regulars Raime (who also released on Different Circles last year) as a point of reference. “‘Cold Mission’ was me trying a lot of things out, and then this one was me saying I actually just wanna focus in on one or two ideas, and then reiterate,” he adds.

As a primarily ambient LP, it’s these atmospheric tools that contribute most to the ominous mood of ‘Imperial Flood’. Where beats do appear, they mostly feel coincidental, as if stumbled across amidst the mist and mire. They work, in fact, as an incredibly accurate — in concept if not exactly in timbre — reflection of another of Parker’s influences for the album: the man-made yet slightly unsettling countryside of East England. The fields and the fens and the incessant flatness. An area where the effects of humans are clearly visible, but that maintains a primordial dread — things that could be said, too, of ‘Imperial Flood’. We mention the a strange, psychological horror film quality to the album, and Parker brings up British flicks like Witchfinder General and The Wicker Man that “[scratch] beneath the stereotypically bucolic surface of the English landscape”.

“We have a very bloody history in this country actually and sometimes I feel people don’t really acknowledge it,” he continues. “People haven’t had significant armed conflict in this country for well out of living memory, like you [have to] go back to the Civil War or things in the industrial revolution, like the Peterloo Massacre. There’s a pretty dark history in England.”

We suggest that while ‘Cold Mission’ felt futuristic, ‘Imperial Flood’, in both sound and name (with tracks also called things such as ‘Occitan Twilight Pyre’ and ‘Marsh Lantern’), seems to sit in a mucky, superstitious era somewhere between medieval and industrial.

“Or, is it 100 years time and is organised society, industrialised society, is that just an aberration?” Parker retorts. “Are we gonna revert to... I was thinking a little bit about these things, like when you think about climate and what might happen to the world in the future and interesting ideas around how environments might change or collapse.”

Parker won’t be drawn into a discussion about the political implications of the term ‘Imperial’, but says that “there’s different meanings to the word”, one of them being “majestic, or spectacular, or potentially even beyond rational discussion, comprehension”, though “there’s definitely other spins on it”.

Our time with Parker is almost up, so we quickly slip in a question about future projects — in particular, the third edition of the Different Circles ‘Weightless’ compilation series mentioned to us by Mumdance in his December cover interview. “We’re still working on the tracks for that, it’s become a bit of a labour of love actually,” he replies. And will he be contributing, now the album is done and dusted? “I’ll definitely be writing something as part of that, that’s the plan. I’m hoping to develop a little bit, I think with some of the techniques and approaches on the album, but I think I’ll definitely be trying to make it be a little bit different. Actually that reminds me I need to put that in the diary...”