There was once a time when every self-respecting DJ would don a pair of the then-ubiquitous Sony MDR-V700DJ headphones. These silver cans sounded great, and as a DJ rocking up to the club, meant that you looked the real deal behind the decks. But they had one major flaw: they always broke at the joining swivel arm, where the earpad met the headband. Not good.

Fast-foward to now, and the race to domineer the headphone market has heated up, with new technologies designed to make the listening experience for the DJ a more precise art. The logic being that a good pair of cans will facilitate the mixing process. Whilst there have been a few manufacturers that have always supplied good quality headphones, there are now a new breed who have stepped into the frame. We thought it a good time for the DJmag crew to put these new pretenders to the throne to the test…

These headphones are the first outing for Shure into the Pro DJ arena. They are sturdy, the build quality is excellent and they have a pro look about them. The swivel joints that can so easily be the first thing to go in a pair of headphones are of a very good quality, and can be twisted 90 degrees. Everything feels good on these phones — even though they are built of plastic, they don't feel like it. The switchable ear pads sit comfortably and snug on my ears.

The most important thing with headphones, especially in the DJ market is the sound. The SRH750DJS are not as loud as some of the others, but they have a great sound, and are very detailed, with a good bass response derived from the 50mm closed back drivers — not too harsh on the top end when you crank them up.

Another welcome addition is the fact that the cord for these chappies is replaceable. A good plus, as this can be another area that fails in headphone design. Coming in at around £149, they are slightly more expensively priced than others in this spec range. Famous jocks that like these phones include Jazzy Jeff, so that can't be bad. 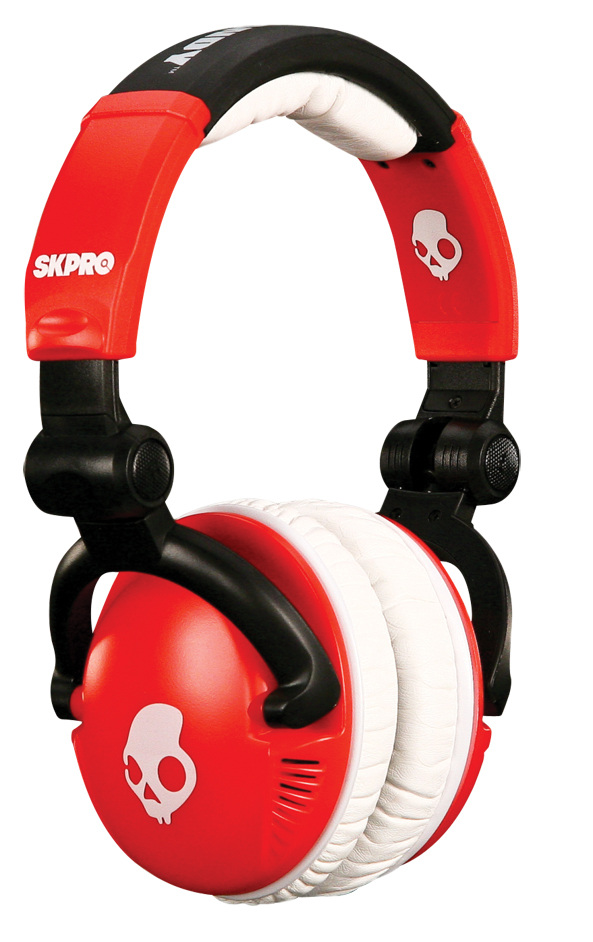 Now, these phones are most definitely for the extrovert DJ. Some might say their garish looks befit a Marmite moment — you either love them or hate them — but putting this aside, are they any good? Build quality isn't quite as sturdy as others — they do feel and look plastic — but surprisingly enough they have got a good sound, which is slightly bass-heavy and very loud.

The ear pads fit nicely and are quite comfortable, a little bit bigger than other phones, but the general fit of the headband is quite snug. The swivel joint that connects the ear pads to the headband seems quite sturdy. When played loud, they can get a little bit uncomfortable, but then, listening to audio through headphones at excessive levels can damage your hearing! So try not to push them to this extreme. If the colour ways leave something to be desired, there is a more sedate version — the black and green look quite good. £99 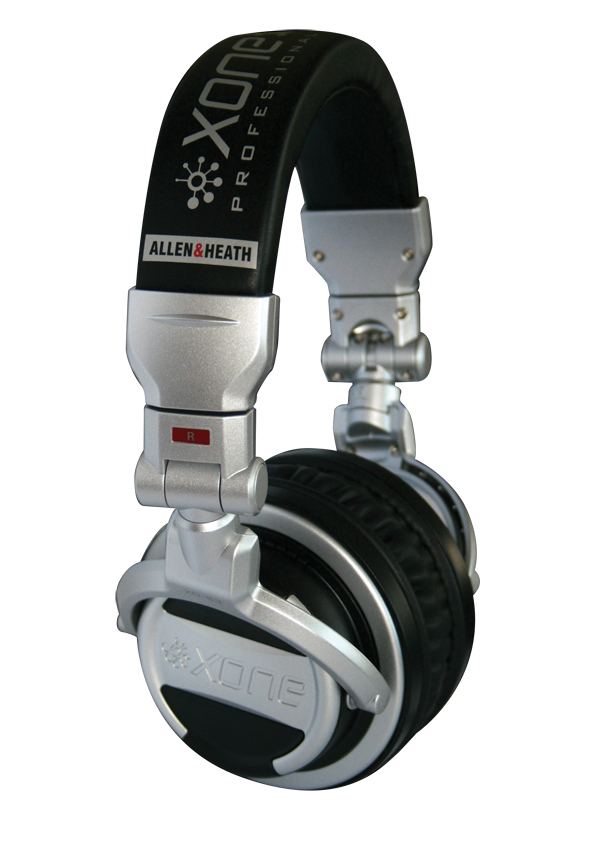 These bad boys have a 53mm driver that really pushes some sound into your ears. These phones are loud, but even when they are driven to the limits of endurance, they are still detailed in the sound. With DJ endorsements from the likes of John Digweed, Richie Hawtin and Ralph Lawson, they are built to be able to withstand the rigors of an arduous DJ set. Build quality is what you would expect from Allen & Heath, a very sturdy construction, with a slight plastic feel around the cups that in no way makes them feel cheap, and a nice feel on the adjustable headband which seems to fit bigger heads quite comfortably.

The swivel joints appear to be of decent build, and once again these phones employ the closed back design, which provides isolation from external sounds, meaning that what is heard in the phones is not diluted by crowd or monitor noise.

The frequency range on the Xone XD53 is very wide, from 5khz to 33Hz, meaning that more of the sound spectrum can be covered. Cheaper headphones will have a frequency range of 20khz to 20Hz, thus meaning the amount of audio you hear is not as detailed. Some would say that it doesn't matter — the human ear only picks up between 20k to 20hz — but the extra frequency range of the XD53 covers the territory of subtle vibrations that other cans might not pick up. £125 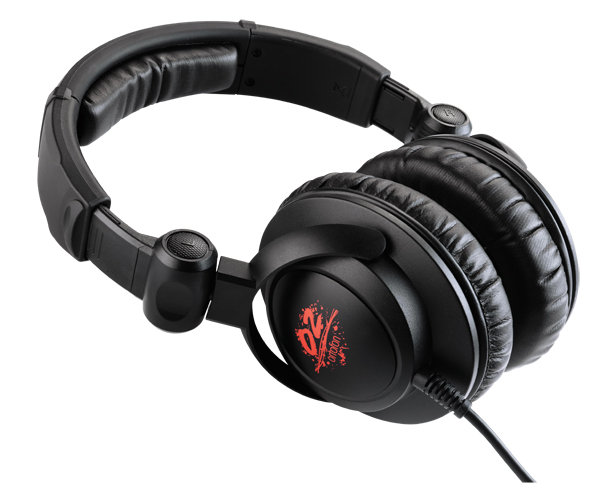 Ortofon's newies take their cue from Ultrasones Pro DJ headphones, in that they share the same physical body. The general design is the same as the Skull Candy cans, but the drive technology is actually different. Once again, the 50mm driver is employed, and the first thing noticeable about the DJ 02s is that they are loud and have a solid, all round sound to them. They are geared up for a whole range of DJ styles, with a clear sound across the music spectrum — the emphasis, Ortofon says, is on bass and drums — but they are not as subby as some of the other phones.

They don't seem to fatigue the ears after a long session — my only gripe is that jocks with big ears may find the smallish pads a little uncomfortable. The general wear of the phones on the head feels agreeable and light, and the rotating ball joints in the pads feel quite sturdy. Build quality is not bad, but they don't look as slick as the others in the looks department. Overall, they deliver a good headphone experience. £99 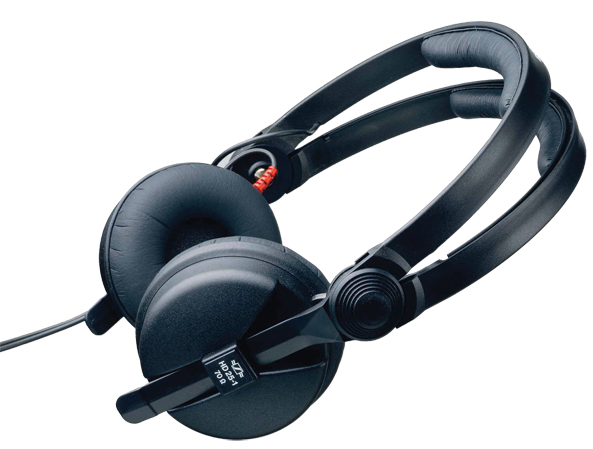 These are by no means new kids on the block, but they have consistently popped up as winners in our Tech awards for the last few years, and many industry professionals swear by them. A simplistic design, with very deceptive looks, these phones deliver a very high quality sound, especially when considering that the drivers on these are smaller than some of the newer models on the market. They are not as bass-heavy as some of the others we have tested, but the sound level does compensate for this.

These phones were designed with pro-audio applications in mind, but were then picked up by the DJ community. Their plastic feel and build is very durable, and that is in part to do with the design. With all parts being detachable, they can be repaired easily if they get damaged, which they very seldom do. The pads on the earphones offer ample cushioning and the general fit is very light on the head. £149

All these phones offer very similar options for the mixing DJ: they're foldable for easy packaging, have adjustable headbands, replaceable earpads and extension cords. But what are the best ones? We are all individual, and all have different hearing and performing needs — at this price range, all the headphones offer very similar performance. Some edge out slightly above others in certain areas, but it really is subjective, and down to the user. I like them all, but today I am going to say it's between the Shure SRH750DJ and the Allen & Heath Xone XD53, but tomorrow it could easily be the Sennheisers, Ortofons, or the Skull Candys. They are all good — choose your weapons wisely!