The enduring appeal of trance | DJMag.com Skip to main content

The enduring appeal of trance

Since the early ’90s, when pioneers like Ferry Corsten, Paul Van Dyk, and Jam & Spoon crafted some of the earliest and best-loved trance records, the genre has gone through huge swings in popularity. Today, the sound is as strong as ever, as artists like Armin van Buuren, Above & Beyond, and plenty of newcomers fly the flag for trance the world over. To find out why the genre has endured for so long, we spoke to some of its greatest producers – and some of their answers may surprise you.

WHAT DO YOU THINK IS THE ENDURING APPEAL OF TRANCE?

MATT DAREY: The fundamental building blocks of trance are euphoric melodies and chord progressions that evoke an emotional response. And, sometimes, vocals that further heighten those emotions. No matter what the latest production trend is, these elements can be translated into the style of the day.

RADION6: I think it’s the melody that makes the difference, that brings people in. It’s not just a music style: it’s a lifestyle, the pace of your heartbeat.

ABOVE & BEYOND: Melody, emotion, and energy are potent ingredients for any music form, and trance has a long, impressive heritage of those. They make trance a constantly rewarding genre to delve into, whether you’re a producer or an admirer.

DAN DOBSON/DAXON: When I first started getting into the dance scene, discovering what I liked and didn’t like, trance was one of the genres that I felt most passionately about. When I started going to trance events at Sankeys in Manchester, feeling I got when I entered the club was that I knew that I wasn’t alone – that everyone was there for the music, and that the music itself had the power to connect strangers. What could be better than that?

NATHAN MICAY: The deeper I’ve gotten into so-called ‘trance’, the more I’ve realised that trance isn’t necessarily a genre. It’s more of a palette, a vibe. You see the term tossed around so much these days. It’s used to label what Amelie Lens and the Copenhagen scene are doing, with their fast, sawtooth techno, but it can also describe rare Sasha releases (Eat Static, Serpico, God Within, and FSOL) and older, more downtempo stuff (State of Flux).

Armin Van Burren made a career out of mid-range chords. Tale Of Us for a while were even being referred to as, dare I say it, “sad trance,” or “emo trance.” Given all that, the sound and the term are both very accessible and malleable. I think it’s the malleability that has allowed trance to continue to evolve, and find new fans across scenes and eras. Dance music is meant to be both euphoric and hypnotic. Trance offers opportunity for both.

JAN JOHNSTON: I think the essence of trance’s beauty is in the ambience of the chord structures. It always lends itself to a euphoric release, allowing people to feel free of their worries and stresses.

DINAMARCA: It doesn’t matter if you’re at a packed dance floor or at home listening by yourself, it’s always a rollercoaster of emotions. For me, it can be really calming and meditative, sometimes even spiritual. This is very personal, though – I know a lot of people think that trance is cheesy. 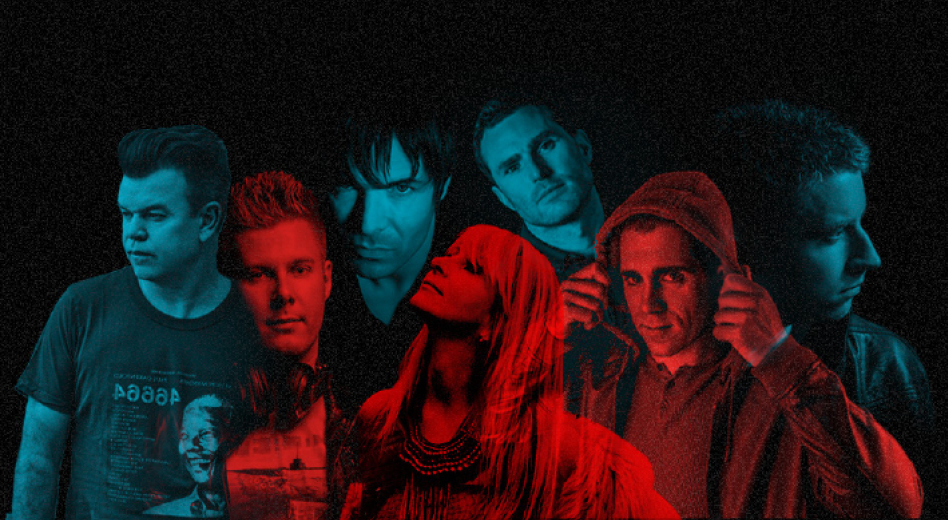 HOW HAS TRANCE CHANGED SINCE ITS EARLY DAYS?

MATT DAREY: Trance is a chameleon of electronic genres. It’s fused with, and taken influence, from every other genre along its journey. The old sounds return, then fuse with the new.

NATHAN MICAY: Think about the influence of Sasha & Digweed’s ‘Northern Exposure’ on new music coming out, and juxtapose it to what is now being called “business techno.” The former to me is trance in its rawest form, how it was meant to be: euphoric, shameless, and driving, with a refusal to be tamed by any one style of structure. I look at the beginnings of trance in the same way that I look at the 2010-2013 era of post-dubstep. It was exciting and open to experimentation. I think this spirit has lived on in a new wave of artists like Roza Terenzi and D. Tiffany, and labels like X-Calay, in that it’s unabashedly fun and over-the-top.

There have been great re-issues of early trance releases lately, too. I think that’s having an impact on contemporary producers. The re-discovery of chill out and downtempo trance is particularly exciting. The only real difference to me at the moment, compared to the early days, is the access to new technologies, and fusing older trance samples into new productions.

Then there is the techno – Amelie Lens, Tale Of Us, Innervisions, and what’s happening in Copenhagen. It’s fast, driving techno with darker take on trance – bigger, boomier. You could argue it’s got more in common with early ’00s tribal progressive house, like John Creamer and Stephane K, but it’s still being accepted as part of a trance revival. It even takes elements from Sasha’s late ’90s ‘Xpander’ era, and applies it to the biggest kick drums you can imagine.

GIUSEPPE OTTAVIANI: The evolution of technology, the internet, and social media have all played a big role in the evolution of trance. I think it’s always been floating between the mainstream and the underground, adjusting its sound here and there through the years, but it never really went one way or the other. That means that even though its sounds have changed, the essence of it never has. 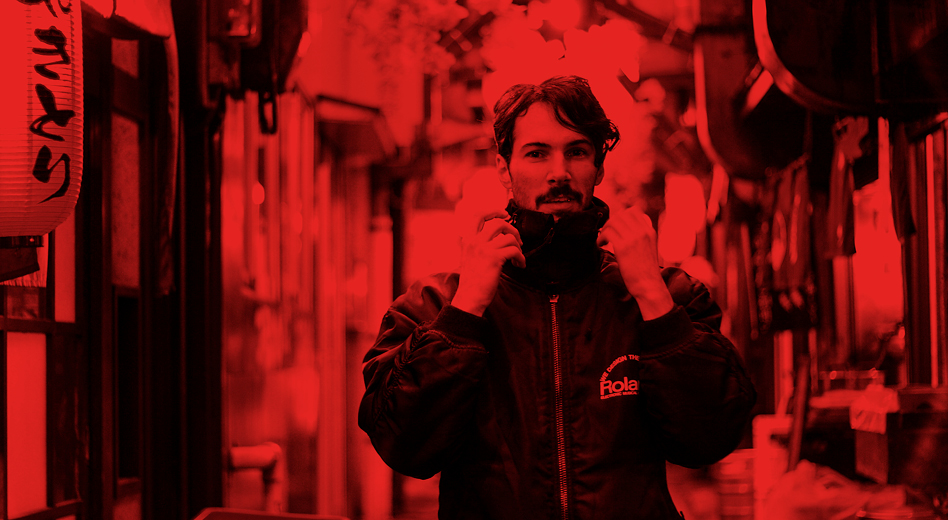 LORENZO SENNI: My interest in trance is focused on the build-up. I believe that trance evolved into EDM, which pushed the limits of what the build-up can do. Tension and release becomes a psychotic rollercoaster of emotions – the audience is already bored a few seconds after the drop, so there’s always a need for a new build-up to keep the attention high. This is taken to an extreme now, but I’m pleased to see that, actually. I always thought that other sections of [trance] tracks exist only to give to the build-up a context – and that’s what I try to sabotage in my own work.

DINAMARCA: My love affair with trance was short but sweet. I listened to it when I was learning how to DJ as a young teenager. My mentor showed me a bunch of Goa and acid music, but trance really hit home for me – the melodies were so sad, yet so beautiful.

RADION6: When I started DJing in ‘99, a typical trance track was 7 minutes-long, or even longer, with two, very long melodic breaks. It was formulaic. Nowadays, the scene has diversified in smaller niches, and the quality of mastering and production techniques have massively improved.

PAUL OAKENFOLD: I think early trance had better productions, to be honest. I think it’s become cheesier and has lost its way. However, I still, and always will, love that sound, especially the more melodic and emotional stuff.

JUNK PROJECT: The sound quality is better, true, but let’s talk about a more general thing. As a producer [in the early days], it wasn’t so easy to reach worldwide the “trance community.” We used to press an average of 5000 vinyl records on a JUNK PROJECT release, but we weren’t able to reach everyone we wanted to – we didn’t have the distribution and marketing infrastructures we have now. Honestly? Sometimes we sold 10 copies to the entire United States. Now, with online streaming and download stores, there are no boundaries anymore.

DAN DOBSON/DAXON: Trance back in the day was just “dance music” to me, something you could lose yourself in. Over the past decade, though, I feel that trance has evolved into a much more specific sound. This is because production standards are a lot higher – the music sounds cleaner and tighter, and the tools are more affordable and accessible.

JAN JOHNSTON: Nowadays, trance tends to have an orchestral sound and quality to it, and more of a focus on vocals. In the early days, I felt that simply adding vocals to a melody would ruin a lot of tracks. It’s important to get wrapped up in the emotions of a piece of music evokes, and to make sure that your lyrics and vocals merge with the energy of the track. 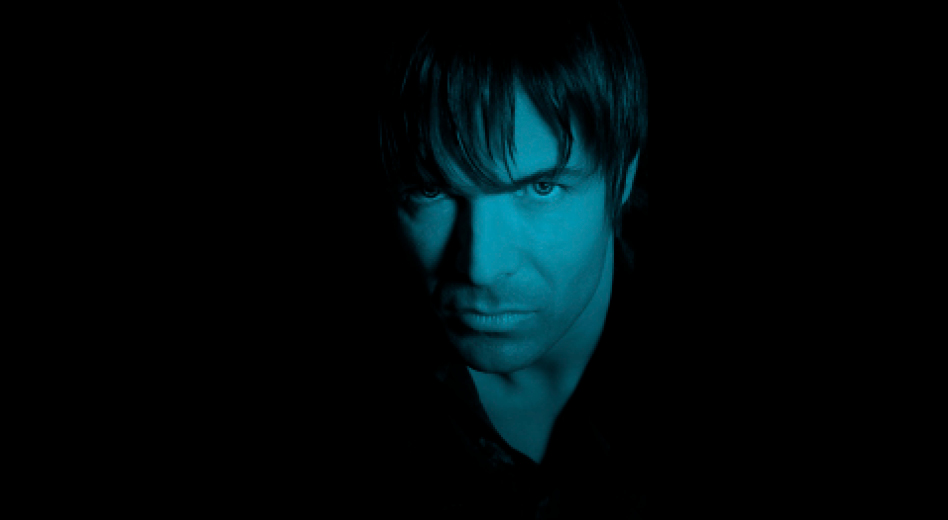 WHY DO NEW GENERATIONS KEEP FALLING IN LOVE WITH TRANCE?

MATT DAREY: I think it’s the way that trance feels like a universal family, connected and nurtured by fans, DJs, and producers. Above & Beyond and Armin Van Buuren in particular are titanic forces in this, focusing their efforts on maintaining this family feeling. They’ve undoubtedly kept the genre growing.

NATHAN MICAY: Trance is like water – it will find any crack and somehow fill the void. Superstars like Denis Sulta and Tale Of Us, and even underground diggers like Nicolas Lutz, are now referenced on the Discogs pages of old trance labels like Cold Tap and Holistic Recordings. It’s an endless hole of releases but the vibe offers something for everyone.

DAN DOBSON/DAXON: Trance has a lot to offer – big-room sounds, emotional vocals – but it all leads to the feeling of connection, the sense of belonging. Looking at my own creative process, the emotion that a simple melody can convey is the still the most attractive quality of trance.

JUNK PROJECT: In recent years, the way we consume trance has changed. The number of quality festivals has gone up and young people seem to love them! There are young talents flying the flag for trance, but the young fans even love the old, global players – Paul Van Dyk, Armin Van Buuren, Tiesto, Ferry Corsten. I have no doubt that trance will live on.

JAN JOHNSTON: It’s always felt like such a progressive genre. It’s incorporated so many other sounds over time, but ultimately the core has stayed the same. There is a beauty on the chords and the ambience and that has made trance so enduring and beautiful. It feels like trance has come full circle – now it brings together the best of the past and the best sounds from newcomers. Trance is definitely here to stay!

GIUSEPPE OTTAVIANI: Trance is not a fashion. It’s not something that suddenly pops up, goes viral, and then 3 years later is all over. Although trance doesn’t have the visibility that other genres may have, people keep discovering it, and it’s surprising to see how educated the new generations are about it.

DINAMARCA: The beautiful melodies, the spiritual feeling to it, and the meditative mood it puts me in. A lot of these melodies are timeless. I’ve done edits of 20 year-old songs and they can sound so new, and yet so familiar, in a way.

LORENZO SENNI: I use to compare the main characteristics of the genre to sugar - it’s not difficult to understand why it keeps so many young fans.