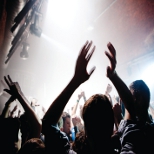 IF RELENTLESS INDUSTRIAL BEATS, post apocalytic soundscapes and robo-crunk melodies blasting on a crystal-clear, Funktion One system float your boat, head down to South London Corsica Studios for Torque this month. Seriously, you'd be hard pushed to find an assortment of futuristic techno, bass or dubstep this good on one line-up even if you travelled to the year 2049AD on a space-hopper. Marcus Intalex, Alix Perez, Icicle, Boddika, Ben UFO, Hytetal and Jam City, among others, will bring the uncompromised forward-thinking basslines till very late. You Can Torque! 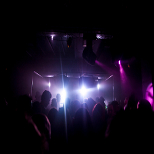 ISN'T IT AMAZING how promoters pop up almost out of nowhere? One minute you’re combing your hair, dabbing on the Old Spice ready for a night on the town, thinking: ‘Look out Milton Keynes, here we come!’ Then, out of the blue, a club night comes along that has the potential to alter your clubbing perspective for life. Take Black Atlantic, for instance. Springing up at Plan B with forward-thinking bass/tech/house line-ups left, right and centre for the past few months, May will bring them to an unannounced venue with Detroit legend Moodymann and Doldrums boss Joy Orbison for company. No Yates’ or Wetherspoons for us that evening, then — thank fuck!
Saturday 28th May
10pm - 5am £10/£12/£15
black-atlantic.com 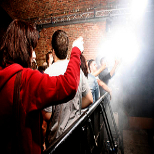 HARDLY RENOWNED FOR ITS MEDITERRANEAN CLIMATE, Glasgow has never provided an obvious stopping ground for Ibiza favourite, DC10’s Circoloco, over the years. Of course, that was before the miraculous scientific revelation that a tropical microclimate somehow formed next to the River Argyle last month, thus prompting Circoloco to put in motion plans to bring a slightly more fitting soundtrack to this formerly bleak urban landscape. What? Don’t you read the news…? Only joking! But while the first bit is quite obviously a massive fib, the latter is definitely true. Get ready to catch Mattias Tanzman, Jamie Jones and Dan Ghenacia blow some smoke up the city’s most prized railway arches this month. Who knows? They may actually bring some sun… 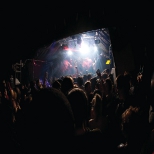 STEPPING OUT of its ‘disco, house or techno only’ policy in favour of some more bassy grooves in recent months (well, it is based in London after all), Warm has opted only for the cream of the crop this month. Pearson Sound aka Ramadanman aka David Kennedy (or whatever you want to call him) will be on hand to test the tough-to-beat soundsystem at Plastic with one of those funky-meets-house-meets-dubstep sets that we all love him for. If that’s not enough, dubstep/future techno pioneer Appleblim will also be in the house to make doubly sure it goes completely apeshit... 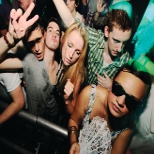 The best thing about May Bank Holiday is not that the sun is usually glaring (which is hardly a gripe), it’s that there’s no work on Monday, allowing you to fulfil all your wildest clubbing desires on a Sunday night without getting fired when you rock up three-hours late still off your trolley. Not that the Mancs need an excuse to get on it but this May 1st some of Luciano’s mates from the Cadenza imprint will swing by Sound Control. Expect Robert Dietz plus Frivolous (live), while Tpot hosts Le Café and Moon Harbour’s Luna City Express and Celille/Tsuba’s Ethyl & Huxely feature in La Cave. Things may get a bit messy… 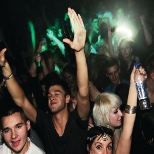 THERE'S NOT MUCH MORE TERRIFYING IN LIFE than razorblade bassline melodies, coffin-knockin’ dubstep beats and bloodcurdling vocal samples on an enormous soundsystem… unless of course, it all takes place on Friday 13th (mwah ha ha haaa!). So, what better way to scare the shit out of us on this superstitious occasion than to invite arguably the most forward-thinking dubstep label on the planet, Hessle Audio, to take over East London’s up-and-coming party den, XOYO? The label’s headmen — Ben UFO, Pangaea and Pearson Sound — will be joined by Swamp81’s Loefah and Punch Drunk’s Peverelist for a night of truly shocking(ly good!) bass music. 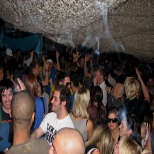 ONE OF THE MOST NOTEWORTHY dates of the UK (let alone northern) clubbing calendar, the launch of Technique & Asylum’s Garden Party season at The Faversham is always a hoot — so good that the Technique crew, now in their tenth year, have made these parties their only project. Synonymous with the most lauded talent in underground dance music today, Garden Party promises to excel itself once again this year, booking Jamie Jones, US house don Jus-Ed, Adam Marshall (live) and local boy Simon Baker for the main room, while Future Disco will host the Blue Lounge, featuring Sean Brosnan and PBR Streetgang amongst others. Tickets are already thin on the ground at the time of writing, so get in fast! 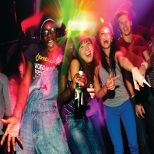 As clear-sighted as the namesake suggests, Ralph Lawson’s 2020 Vision label refuses to do things in half measures, especially when it comes to parties. On any given extended weekend, these guys are always at the top of the party tree with an extended party. Following last month’s party with Stacey Pullen and Solomun, which kicked off the Easter Weekend shenanigans on Thursday, this party will round off the May Bank Holiday proceedings with a set from Berlin-based UK legend Ewan Pearson, Simon Baker, flowery deep house dame Maya Jane Coles, Mark E, Jozif and the bossman himself, Ralph Lawson. 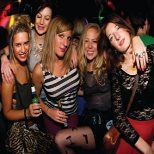 THANK GOD FOR BANK HOLIDAYS! Not only do they provide a Smorgasbord of delectable rave treats for us to lap up; they encourage some of the most outrageous tag-team promotion partnerships known to man. This month, two of Leeds’ finest — Louche and System — will combine to curate a double-headed party; an outdoor terrace party with an after-party at Mint Club. Cocoon’s Onur Ozer, Visionquest’s Shaun Reeves and hip deep house duo Benoit & Sergio (live) will join a massive list of residents from System, Louche, Teknicolor and Buttersideup for an all-day/night marathon. Tasty! 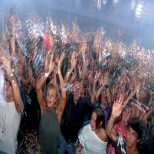 ANYONE WHO HAS HAD THE PRIVILEGE of hearing SOUL:UTION boss Marcus Intalex’s debut album (entitled ‘21’ because of the duration of years we’ve waited for it) — out this month — will tell you it is absolutely killer. Epic, high-velocity, at times emotional, dnb of the highest order — everything we’d always hoped for. So, when we heard that Marcus Intalex will stop off in Shrewsbury (of all places!) and play an exclusive extended set completely for free, we just had to tell you about it. Midlands mayhem, anyone?