Accidental Records affiliate Bambooman AKA Kirk Barley delivers over an hour of dreamy, off-kilter rhythms and experimental club sonics as part of our Fresh Kicks series...

Flirting with various styles of electronic production throughout his career, Kirk Barley AKA Bambooman is continually pushing boundaries with a striking ability to re-sample his own recordings and process synthesized sounds into irresistable bodies of work.

Since his beginnings, Bambooman has released music through his own Health imprint as well as through Matthew Herbert’s Accidental sub-label, Accidental Jnr, where he released his 2017 downtempo debut ‘Whispers’. A mutual friend, Hugh Jones AKA Crewdson, introduced Barley and Herbert. “I was really inspired by the ways both Matthew and Hugh thought about, and created their music,” he tells DJ Mag. “It particularly encouraged me to stop sampling and start crafting all my sounds from scratch.”

This was the start of Bambooman’s shift in style, with a re-development of his production aesthetic giving him the space to move away from his older sounds, which "[drifted] somewhere on the edge of the hip-hop and bass music worlds or whatever you want to call it”.

“In recent years I've strayed off that path and just made whatever feels right to me at the time, perhaps getting a bit weirder along the way,” he explains, “I've been playing shows and festivals with more suitable line-ups for this music, ones where I feel free and more comfortable getting a bit weirder with what I'm playing.”

Barley’s expanding approach and creative freedom has found him also releasing music under the Church Andrews alias, whose 'CA1' tape on Health was a jolting four-tracker of experimental club music – a much more electrified sound than the work he will soon be releasing under his own name via 33-33, which he describes as being "heavily influenced by minimalism, free jazz and ambient music”.

“I’ve minimized my sound palette and the tools I use, and have focussed more on the aesthetics and the techniques of music making that excite and intrigue me the most” he explains, “This material [Church Andrews] is entirely digitally synthesised, so is a lot more electronic sounding than the Kirk Barley stuff. It's the more club-ready of the two projects... the mix I've done for you I guess is done in a Church Andrews style.”

Working on a project called Beat Back last year, curated in association with Leeds Industrial Museum, Barley produced a record and live set with sounds gathered entirely from the industrial revolution. It’s these kinds of projects that Barley’s newer, experimental material is suited to, and which allow him to work on the evolution of his performances.  “I can definitely see myself doing some installations and A/V projects in future, and working with an orchestra and/or a choir would be a dream” he says, “I'm definitely keen to do more commissioned based stuff in future, ideally projects which I can approach utilising sound palettes and techniques already fitting to my work as Kirk Barley. I’d like to position the Kirk Barley project more working on residencies, commissions, and cross-discipline collaborations, playing in galleries, that sort of thing."

Barley's Fresh Kicks mix is an eclectic and versatile journey through off-kilter rhythms and dreamy synthetic sounds. "I initially just bought and collected a load of tracks I was feeling at the time, but when it came to mixing them, I realised a lot of them were in odd time signatures or had patterns which evolved somewhat randomly," he explains. "I selected a few other tracks I remembered were amazing, but broke my head when trying to mix them. I also added a few great 4/4 tracks into the equation for my own sanity before the painstaking process of trying to mix it all - a lot of looping was required to pull it off!" 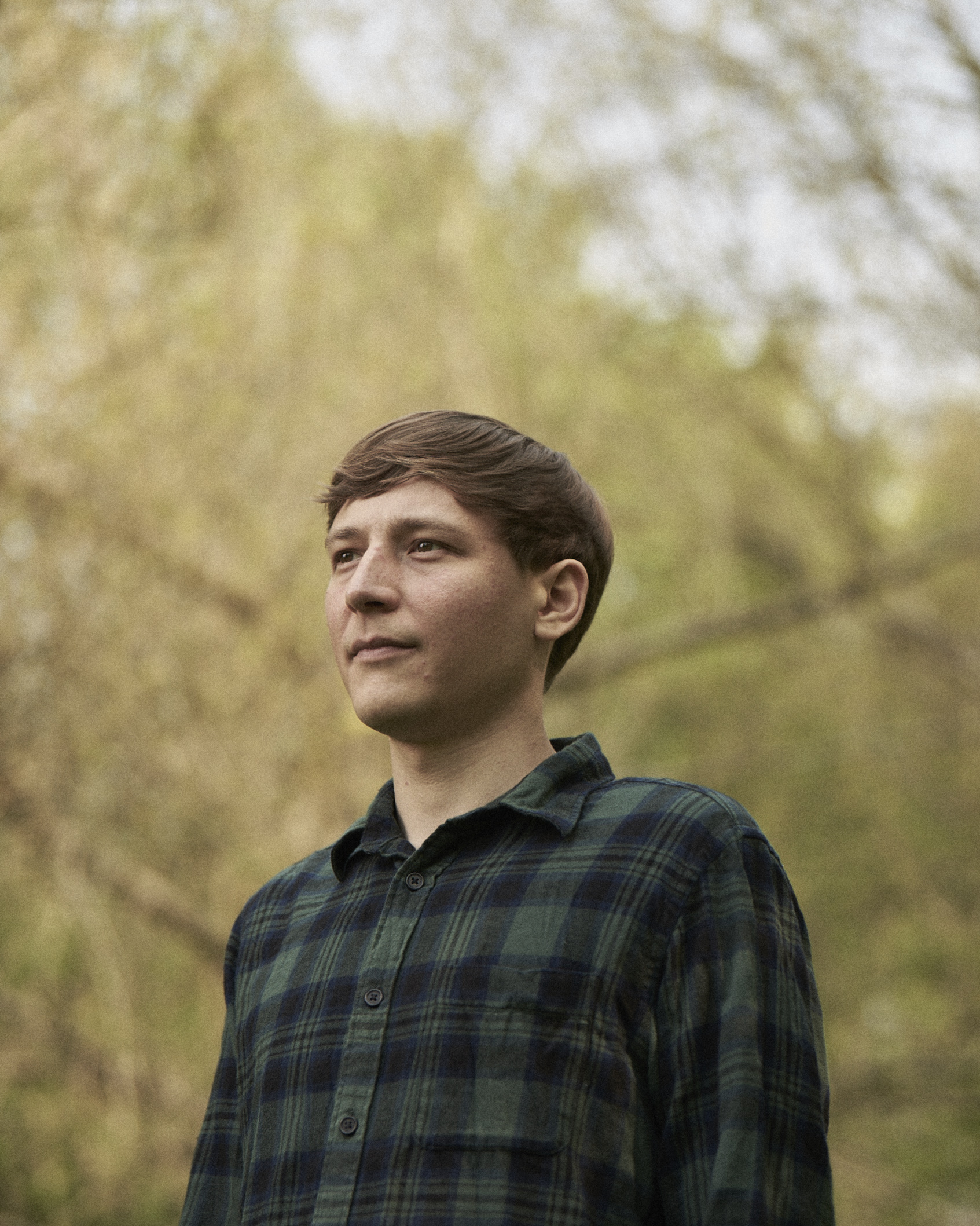 Last track that blew your mind?
"Eli Keszler - 'Flying Floor For U.S. Airways' - which actually features in the mix I've done for you"

Last film you watched?
"I'm not sure what the last film I watched was, I definitely remember watching 'Sorry to Bother You' 'The Favourite' and 'Blow Out' recently which are all really great, and weird and wonderful in their own way. I also loved Wes Andersons 'Isle of Dogs', as I'm a big fan of his cinematography and stop motion work in general"

Favourite album to relax to?
"That's a tough one, I don't really have favourites, I do find myself listening to the Optimo 'Godcast' a lot, which is a great mix they did years ago of religious tunes, Also Jonny Trunk's fact mix is great to relax too. But there both mixes so not sure if that counts?"

Favourite producer?
"Hmm again that's too tough to answer. I do however love all of these producers in particular and always keep up to date with what their up too - Beatrice Dillon, Crewdson, Elsa Hewitt, Ellen Arkbro, Rian Treanor, Richard Mcmaster (Modern Institute)"

What record is top of your wishlist?
"I've been after a copy of Gareth Williams and Mary Currie – 'Flaming Tunes' album recently, Blackest Ever Black did a reissue on vinyl a few years back, but copies now are like near £100 on Discogs, so I'm silently hoping they repress at some point."

What's the best club you've played at?
"I played Fabric Room 1 supporting MF Doom a few years back, which was a really fun one, the sound system was incredible to hear my music through too, I also played Cafe Oto last year, which is more of a venue than a club, but in terms of bookings for me its one of the best."