Despite keeping his identity under wraps (or in this case, Post-it notes), Unglued has been turning heads with his rough 'n' ready productions. With the Hospital Records war machine behind him, and a penchant for crate-digging, he's surely unstoppable — as evidenced in this vinyl-only mix for our Fresh Kicks series...

Unglued is the latest name to join drum & bass powerhouse, Hospital Records, and with a mere handful of tracks has already garnered support from the likes of Andy C, Noisia and Randall.

Though he may look pretty silly with a face full of Post-its and tracks with names like 'Chicken In A Spacesuit' and 'Bootstrap Bill', Unglued's music is deadly serious.

Picked up by Hospital bosses Tony Colman (London Elektricity) and Chris Goss with a track for their 'Hospitality In The Park' compilation last year, following that up with a certified banger for the label's 'Sick Music 2018' collection.

Meanwhile, his bootleg of High Contrast's 2007 classic 'If We Ever' has had DJs and fans alike desperate for a copy, although we suspect — and vaguely hope — it'll retain dubplate status.

Then, last month, Unglued finally dropped his first solo release. 'Chicken In A Spacesuit' and 'Ghetto' are a pair of gritty steppas, with oscillating low-ends that'll suck the air from your lungs and menacing bursts of distortion.

Outside of the studio, he's been popping up at Hospitality gigs all over and is set to play both the returning In The Park and brand new On The Beach festivals this summer. His love for vinyl mixing has earned him respect in the DJ booth, regularly playing records that are almost as old as he is.

Case in point: his new Fresh Kicks mix. A vinyl-only session, it features golden oldies from LTJ Bukem, The Invisible Man, Peshay, J Majik and many more. Listen in full at the bottom of the page, and head to the Hospital Records store to pick up Unglued's latest. 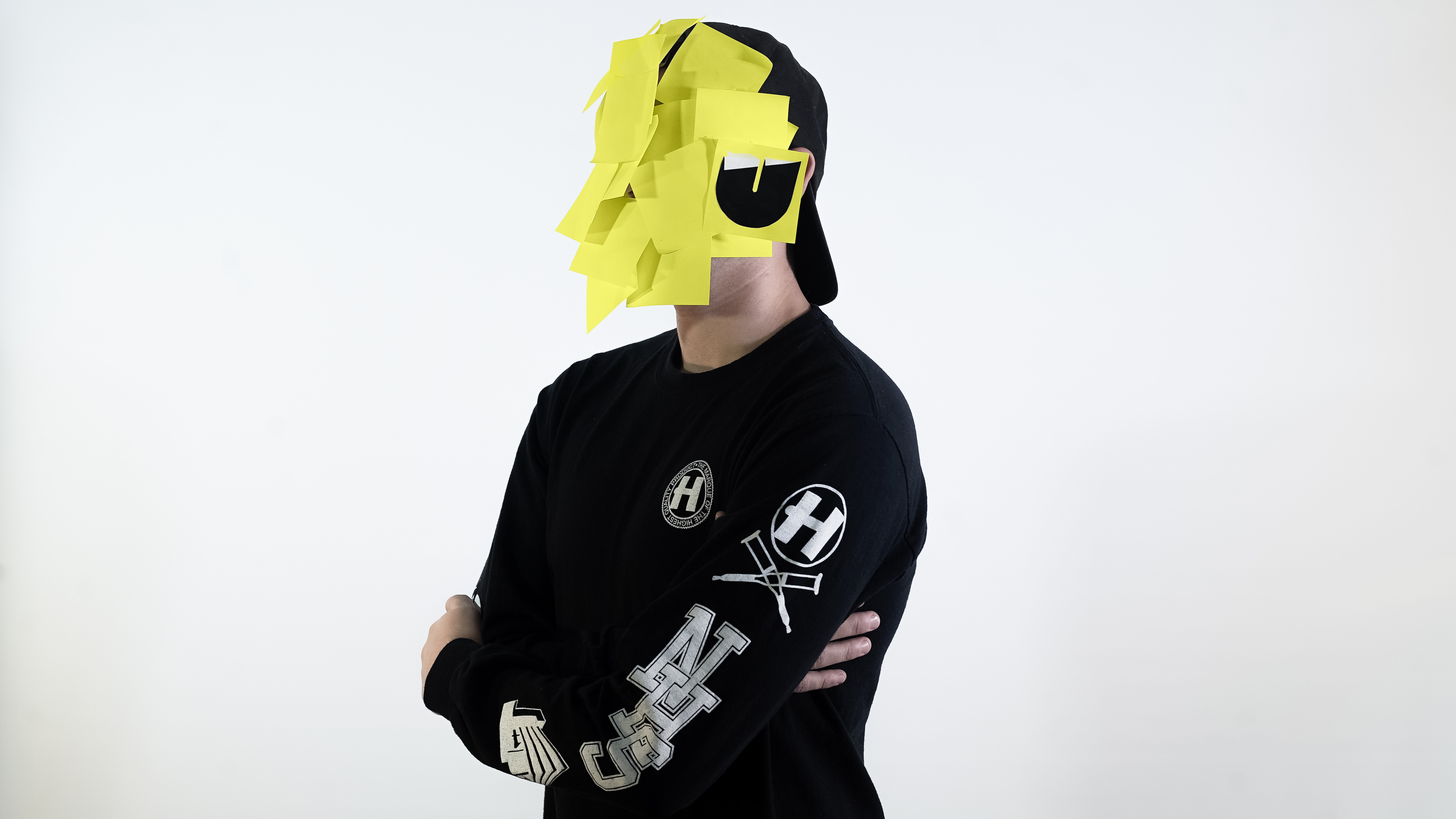 Last track that blew your mind?
"That's a really hard question! There are so many people putting out crazy well produced d&b nowadays that makes it impossible to choose... so I'm gonna take the question a little more literally. The last track to blow my mind that I listened to chronologically was Jon Hopkins 'Open Eye Signal'... Must have listened to that track so many times now but it never ceases to amaze me. It sends you into some sort of trance because it's so hypnotic and repetitive, and the progression is great. I find it really inspiring."

Last film you watched?
"Watched Django Unchained with my girlfriend the other night... great film! But she fell asleep as usual [laughs]."

Last dream you remember?
"The last dream I had that was vivid enough to remember was in Vietnam, think I had eaten some crazy spices or something from some street food. I can just remember waking up and looking around the room and being really confused where I was... tried to get up and then I actually woke up in real life."

Favourite album to relax to?
"Wow there's a lot. Pharoah Sanders 'Karma' is a brilliant album, the huge intro on 'The Creator Has A Master Plan' is so, so epic. St Germain 'Tourist' is a great jazzy influenced piece. Yussef Kamaal 'Black Focus' is also great. Leon Vynehall 'Music For The Uninvited' is one I keep on going back to when I want to chill. Plus pretty much anything by the don that is Calibre."

Favourite genre outside your own?
"Probably funk/disco... the best original drums and vibes hands down."

Favourite DJ?
"It's got to be the man like Andy C. I went to his All Night show at Alexandra Palace and it was one of the best nights I've been to — a proper education in the history of D&B. And then there's the nights he ran at XOYO. I managed to get down to the Andy, Randall and Storm night and it was everything I wanted it to be. Too many classics to mention!"

What record is top of your wishlist?
"I have a lot of records. Over the years I've managed to get most of them but I only have 'Atlantis' by LTJ Bukem on a compilation, I'd love to have that on one track per side original press."

What's the best club you've played at?
"It's got to be Weidendamm in Hannover, Germany. Fabric comes in at a close second but there's just something about that club in Hannover. The name means 'Willow Tree' in German because there's a 'tree' in the middle of the dancefloor. With the changing of the seasons the 'tree' (which is a huge light display of hanging LEDs, etc.) in the centre changes to follow. No-one there is on their phone. No-one is trying to look cool, it's just got such a vibe."

Who is your biggest musical influence?
"Wow... got to be Skeptical or Alix Perez — those guys inspire me so much. Such a raw and unique sound without being overproduced. Their sound is something I'm still aspiring to."

Tell us a joke…
"Politicians."

Want more music from up-and-coming artists? Check out Fresh Kicks 69 by 96 Back.