Gorillaz’ Noodle is fighting for the future of the band as we know it: interview | DJMag.com Skip to main content

Gorillaz’ Noodle is fighting for the future of the band as we know it: interview

DJ Mag travels to the closest land mass to Antarctica on the planet to meet Gorillaz’s lead guitarist, Noodle, as the band’s bassist remains incarcerated for a crime – he says – he didn’t commit...

People travel the immense distance to Patagonia for all manner of reasons: its jagged glacial peaks, untouched rivers and trekking on the scale that made travel writer Bruce Chatwin describe it as “the uttermost part of the earth”. Very few, it’s fair to assume, travel to South America’s southern frontier to interview the guitarist from one of the biggest bands in the world. But that’s where DJ Mag currently is. Though, it isn’t presently as grand as it might sound, as we sit waiting patiently in a corner of the Wake Up Café in Punta Arenas.

Situated in the Magallanes Region on the southern end of Chilean Patagonia, the industrial-tinged hangout – strewn sparsely with heavy wooden tables of differing sizes – seems to attract the local hipster set, with the smell of strong coffee hanging thick in the air. Tonight is especially busy as it’s the monthly chess night, but, thankfully, after what feels like an eternity of turning down requests to play, Noodle appears through the door and makes her way towards the barista behind the bar. Wearing an oversized blue flight jacket with a large drawstring hood and white shorts (it’s currently surprisingly warm in Punta Arenas, for a city that sits on the tip of the closest land mass to Antarctica on Earth) after a short dialogue she turns and gazes around the bar, her face peering out from underneath the peak of a black trucker cap.

After spotting the only awkward looking punter sat alone, not playing chess, she takes two wooden clipboards from the bar and makes her way over to sit down before throwing one of the menus across the table. Introducing herself, she removes a folding wooden chess set from the pocket of her jacket, which is now slumped over the back of her chair. She sets up the chessboard between us on the table ready to play, before perusing the menu. After ordering some gyoza dumplings and tofu yakitori, Noodle straightens up the board between us and brings my attention back to it. Removing her cap, she places it on the table and pushes a white pawn across the chessboard. 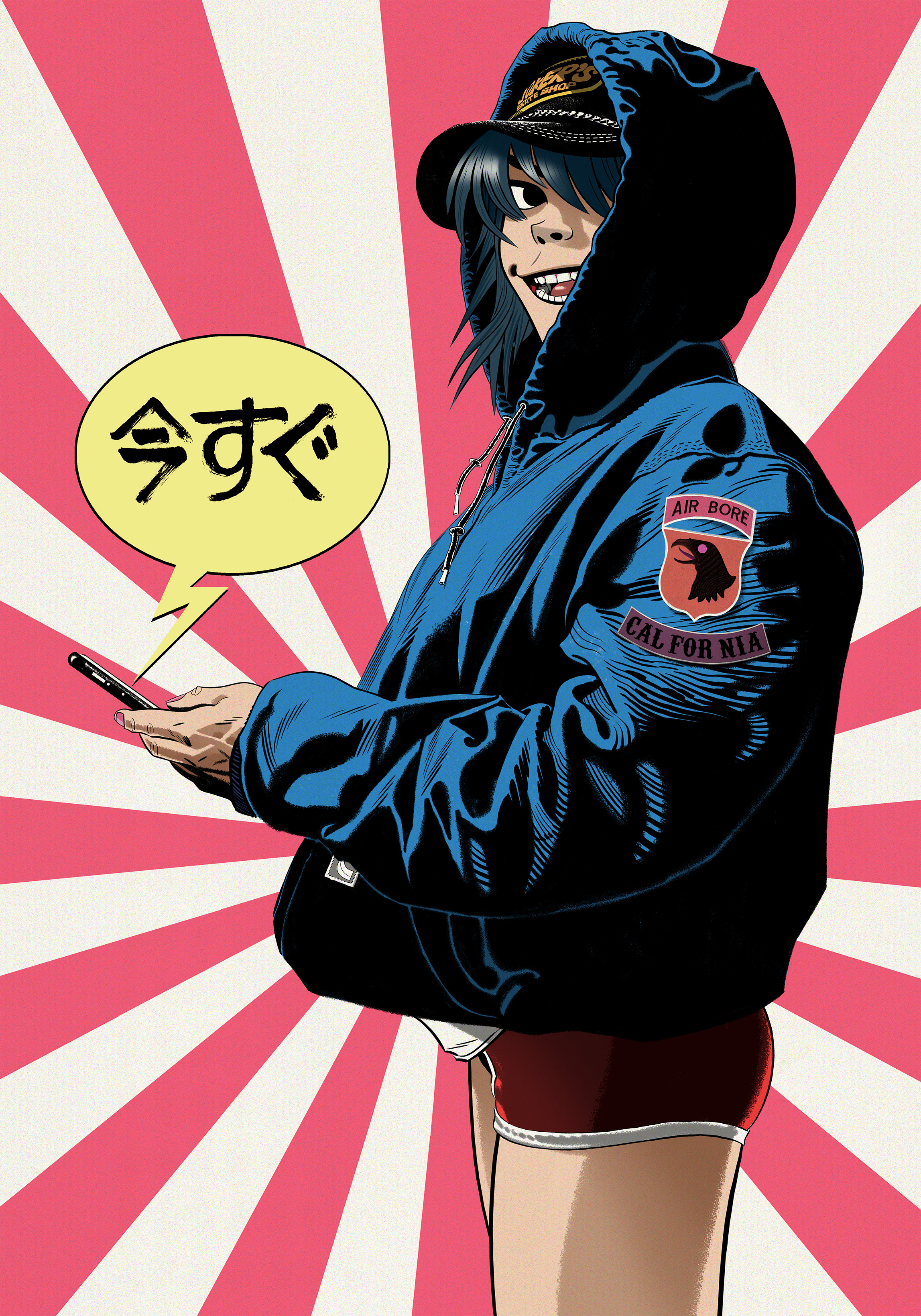 Noodle is in Patagonia to try to find the man that her long-time Gorillaz bandmate, bassist Murdoc Niccals, claims framed him for a crime he didn’t commit. It isn’t exactly clear how long Murdoc has been incarcerated at HM Prison Wormwood Scrubs for, but he was last seen in public making a call from prison at this year’s Brit Awards. Since then a Change.org petition has accumulated almost 10,000 signatures, whilst #FreeMurdoc has seen a barrage of activity on Twitter. Murdoc claims he was framed by El Mierda, a man he says is the kingpin of a bloody crime dynasty in South America that he met on the band’s ‘Strobelite’ video shoot last year.

Noodle is the only member of the band to have reached out to Murdoc while in jail, with 2D even seemingly suggesting he was happy to be rid of him in a recent interview. “I have been in touch with Murdoc,” Noodle says, only half concentrating on the conversation as she peruses the chessboard in front of her. “Innocent until proven guilty... I believe in justice, and the mystery is still being solved.”

Noodle’s impromptu trip to Patagonia comes during a brief break between Gorillaz touring their new album, ‘The Now Now’, which landed in June. The record, which came together quite quickly after last year’s ‘Humanz’, feels like more of a festival-ready feel good (inc? – ed) piece than its predecessor – despite bearing Gorillaz’ indelible undertone of melancholy. The European run of shows, which ended in August, made stops at Sónar, Roskilde, Rock Werchter, Lollapalooza, Sziget and more.

“We have been playing festivals all Summer,” Noodle agrees. “Sometimes the odds were against us [in Russia, a storm forced the band off-stage] but each show has felt like a biblical TRIUMPH,” she blurts. “I can feel a connection with the fans on ‘The Now Now’. We are connecting on a higher level. In another world.” 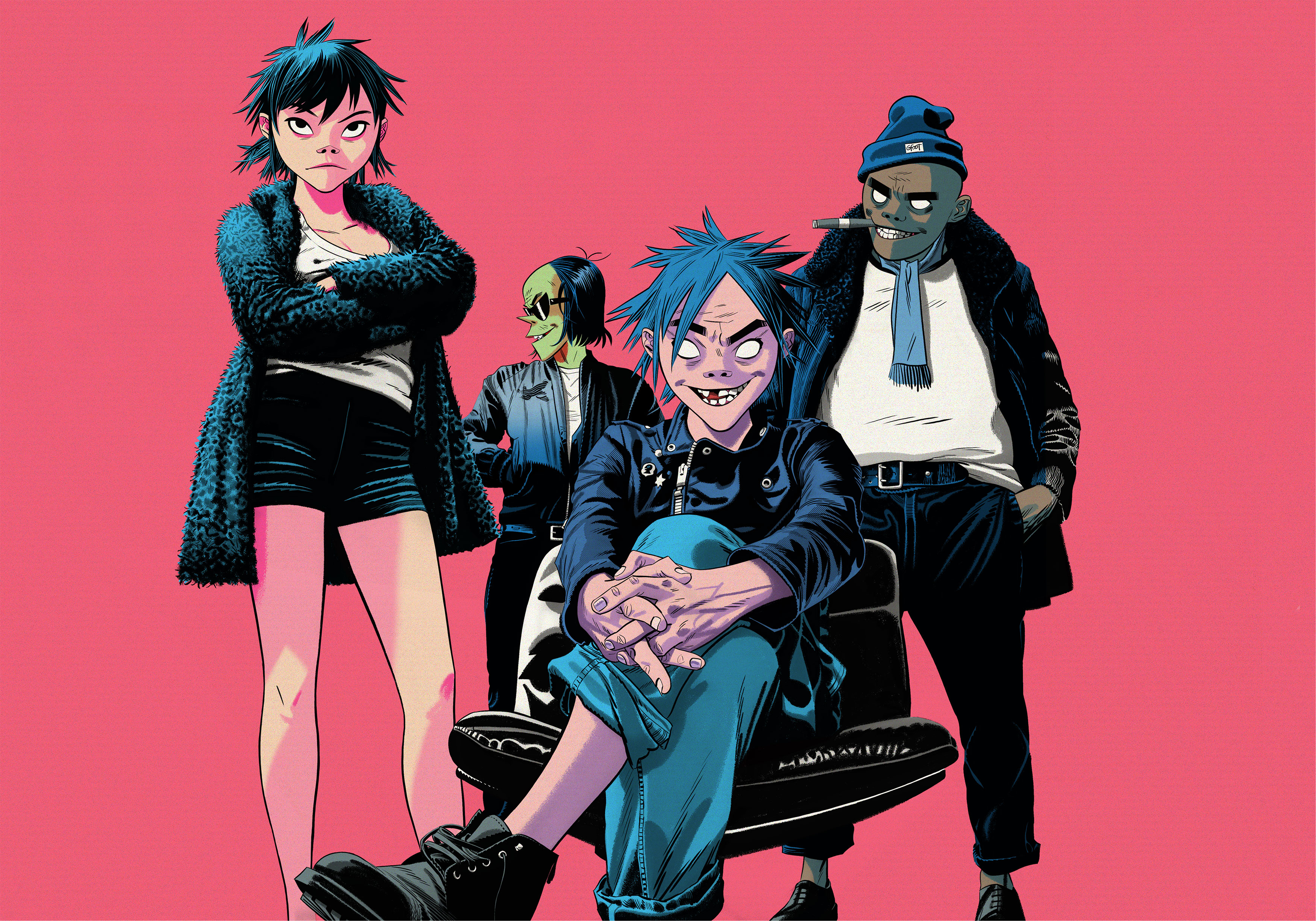 With Murdoc incarcerated, the ‘The Now Now’ was recorded with Ace from Powerpuff Girls on bass. So how did that impact the dynamic of the band? “Ace is an old friend of Murdoc’s,” Noodle says, looking up to make a knowing eye contact. “So, of course, you’re not going to trust someone who calls Murdoc his friend. But we realised quickly that he’s not so bad after all. We’re friends now, everyone likes having him around.”

After last year’s ‘Humanz’ saw collaborations with Grace Jones, Mavis Staples, Popcaan, De La Soul, Danny Brown, Kelela, Pusha T, Benjamin Clementine, Kali Uchis and more, the band’s sixth studio album is a much more insular affair in terms of collaborators, with only Snoop Dogg, George Benson and Jamie Principle contributing from outside the core band. Gorillaz’ performance of the new record on a live stream in Tokyo ahead of its release spurred some to reflect as to whether it’s more of a 2D solo album.

“I don’t know how to approach this as we don’t talk about the music process,” Noodle says, looking up from the chess board. “But to take a stab: Who has explained ‘The Now Now’ as a 2D solo album?” she asks. “Sounds like something 2D might have said when he’s had too many twisters, it was very hot in London this summer. If I were to describe this album in a way that excluded people I would probably say it is a non-Murdoc album because he has been away for some time, and you know, the show must go on... right? No matter what, it is a GORILLAZ album!” she enthuses as black chess pieces fall from the board at an alarming rate.

The album is also the second to be recorded in the band's first permanent studio since Murdoc burned down Kong Studios in 2008 in an act of arson. Little is known of their new space, apart from the fact that James Ford of Simian Mobile Disco joined them there to produce ‘The Now Now’. 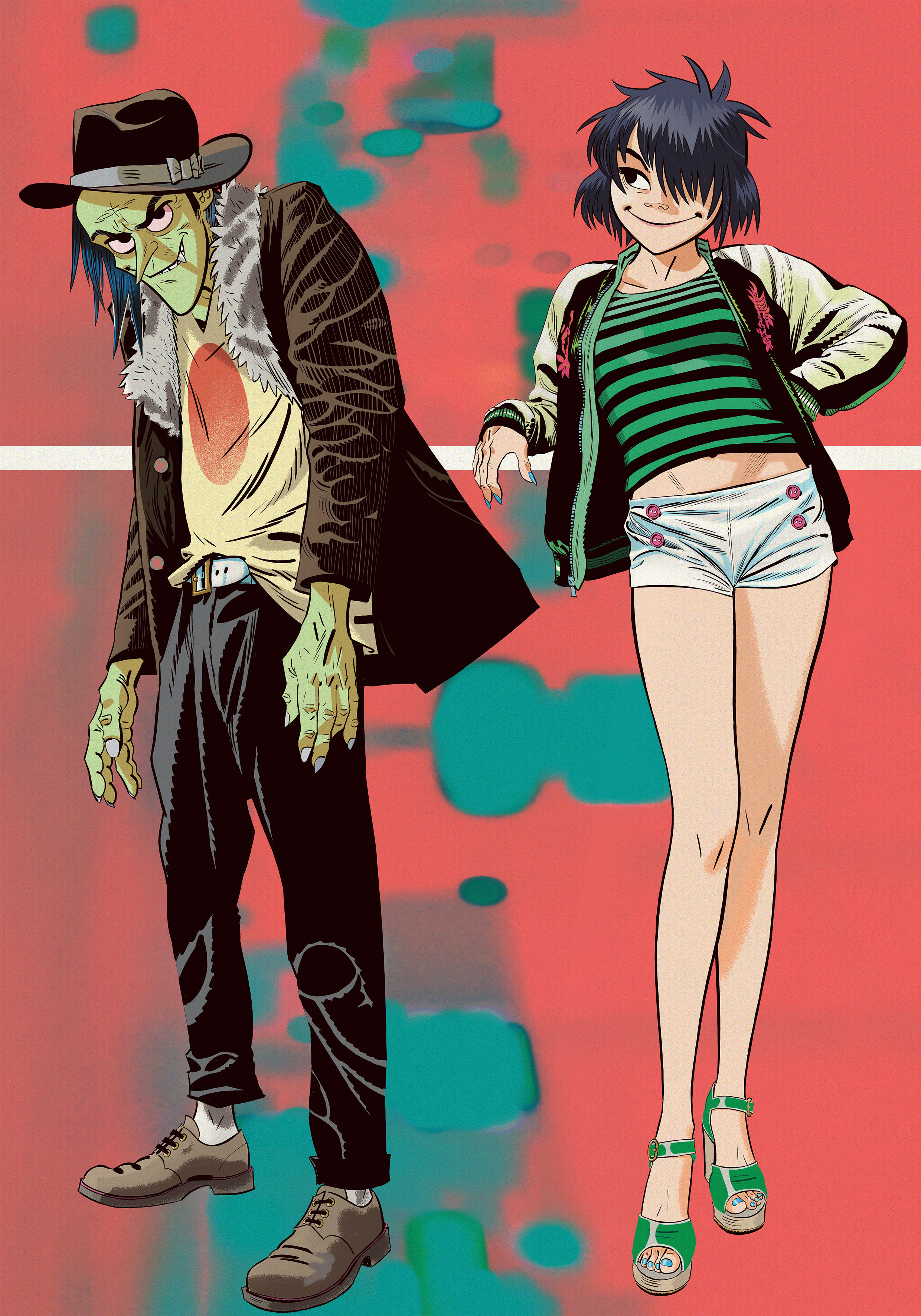 “It’s about the now... NOW!” Noodle enthuses talking about the album. “The current political climate reminds me that we must stick together and be the light in the dark.”

Noodle remains tight-lipped on her plans to find El Mierda whilst in Patagonia but does let slip that she’d had to travel from the free port just outside the city to make the interview. “I like James Ford,” she says, noticeably trying to change the subject. “I think he might have a thing for bands with animals in their names. Maybe he should rename his band Non-Hominoid Simian Mobile Disco?”

Despite her current position of searching an unknown country for a man she hasn’t met, who – it is claimed – set up one of her bandmates, Noodle seems very relaxed. “Taking care of your mind is crucial to survival,” she explains, taking her focus off the chess set for a brief moment. “Not just on the road. I meditate daily, with success it is important to stay grounded. Don’t let it get to your head. This happened to Murdoc, he is obsessed with fame. Hopefully he will emerge a better person, maybe he just needed some time alone. Life is short. Take a time out and look at GIFs of cats, it’s very soothing.” 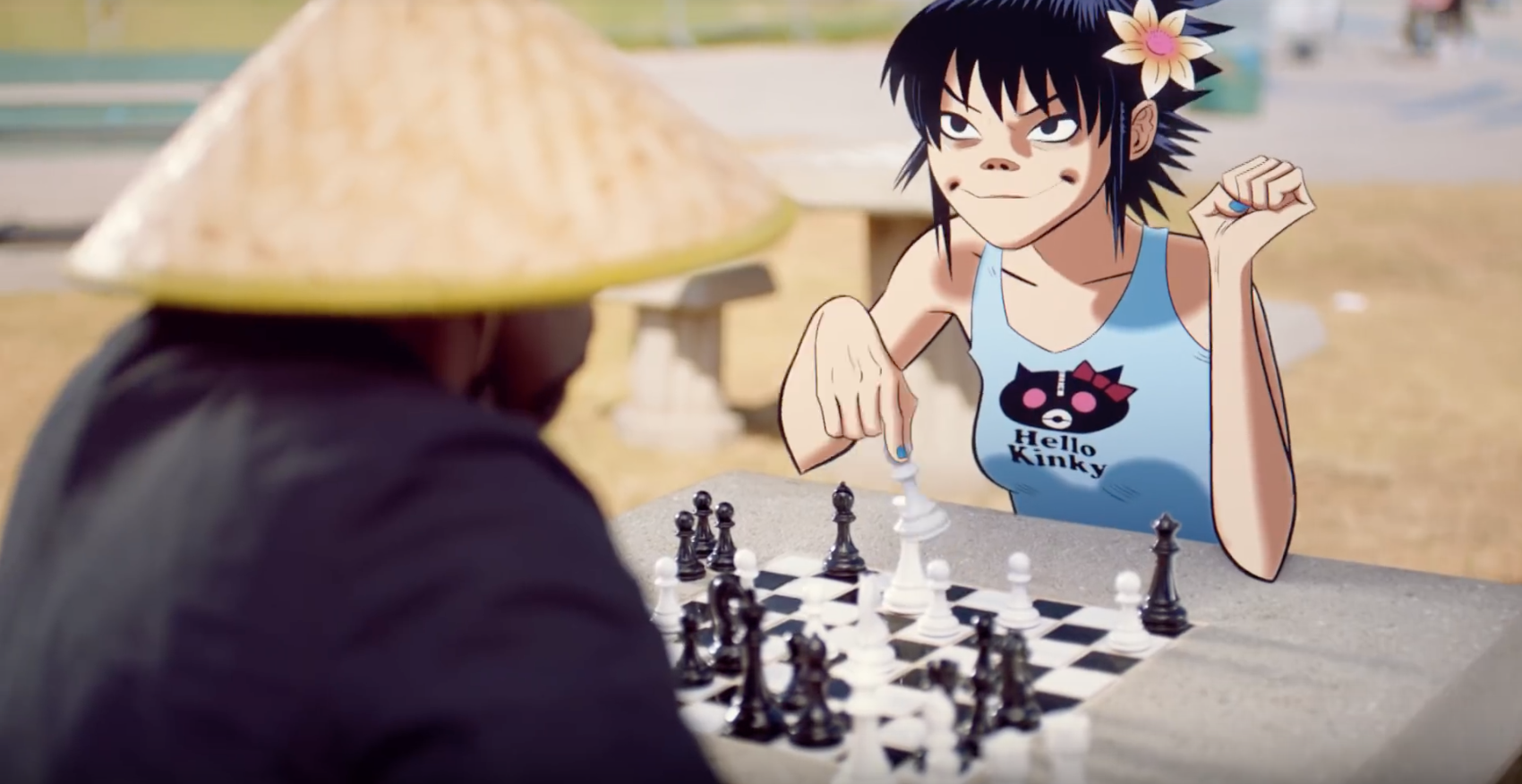 Born in Osaka, Japan, as a child Noodle was the subject of a classified Japanese super soldier project, before being shipped over to the UK in a crate almost 20 years ago. When she arrived at the doorstep of Kong Studios, Essex in 1998 she quickly replaced Gorillaz first guitarist, Paula Cracker. Could you imagine at that stage you’d ever go on to tour the world as one of the biggest bands on the planet?

“We don’t count years in Gorillaz.” she explains. “When you have been in a box for a very long time and emerge from the box and deliver the best guitar solo of your life – so far – it’s one of those moments when you just know it’s the beginning of something very special. It is an honour to work with many legends like Snoop, Bobby Womack and Grace Jones, though.”

The interview was supposed to be accompanied by a mix to follow up Noodle’s “kick-ass women” one from 2017, but her ventures in Patagonia have put a stop to that being delivered, for now at least. “Yes!” she beams. “My kick-ass women mix was my way of celebrating some amazing female talent past and present. I have many different ways of finding new music. Russel is a serious crate-digger and has taught me a lot. His record collection is so big he had to find a new space for them – a disused missile silo in the rolling hills of Wales – which I get to explore whenever I want. My favourite record stores are Phonica in London, Hard Wax in Berlin and Big Love in Tokyo. I often find myself in a Spotify hole too as we travel the world on tour. We all have playlists, you should listen to them!” 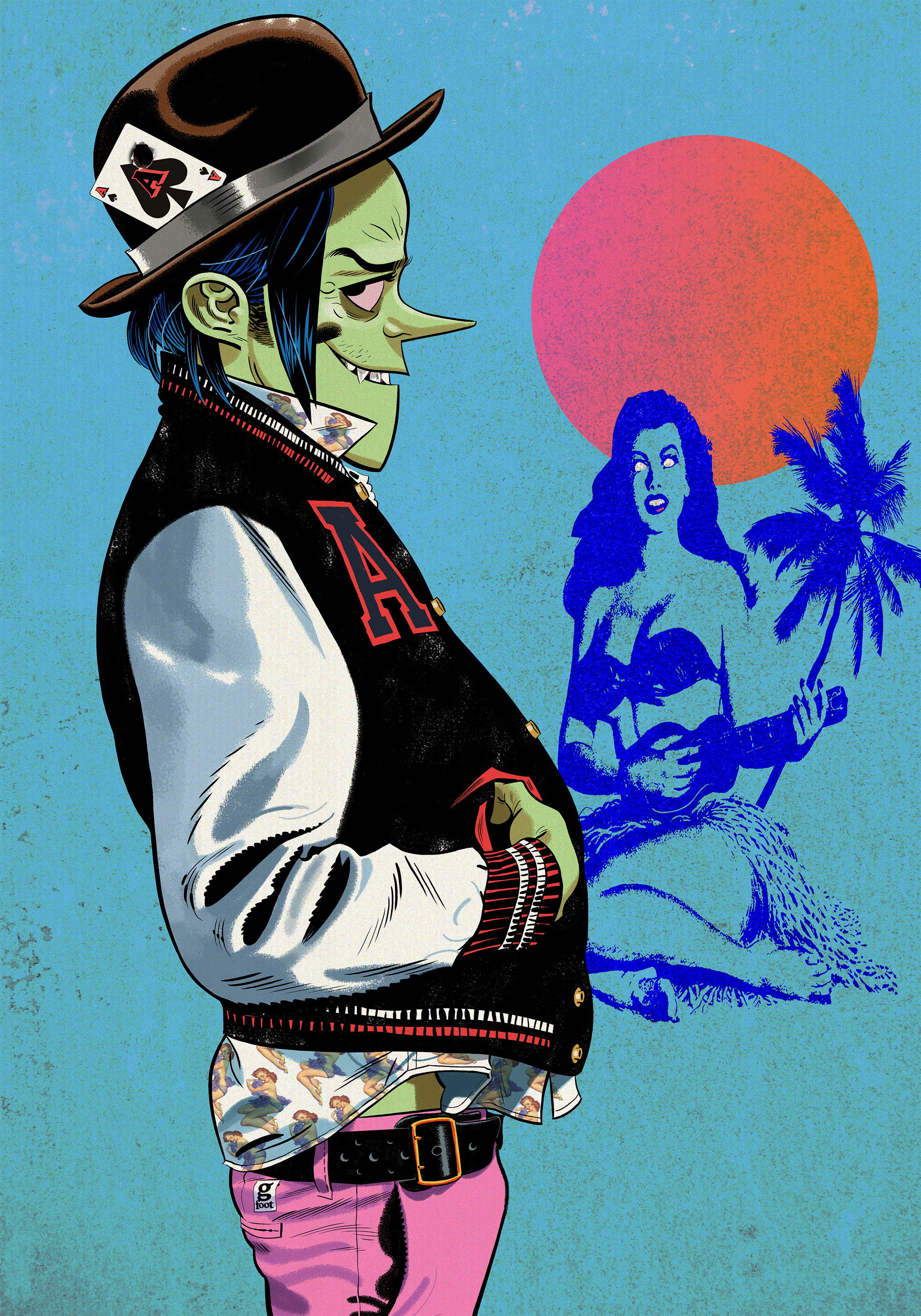 Noodle is only in Patagonia for two more weeks before the relentless Gorillaz schedule kicks back into gear. She won’t be drawn on how Murdoc's incarceration has impacted the band, but what is certain is that Gorillaz touring recommences in North America in October, as the band play a run of shows that build up to the first edition of their Demon Dayz festival in the U.S.

That event, which celebrates the same diversity in music that Gorillaz’ back catalogue has, features Erykah Badu, The Internet and Tony Allen, alongside the band as headliners. And Noodle agrees that is something important to the band’s core. “I like to think that Gorillaz is a platform that celebrates diversity and inclusiveness. If we don’t connect, we die,” she explains, as the waiter clears the empty plates from the table.

As I ponder the dusty chess board in front of me, I realise Noodle has quietly put me in check mate. Looking up, she smiles, before packing the board back into her inside coat pocket and throwing it on. Muttering something about how Murdoc isn’t going to get himself out of jail, she counts some money and throws it on the table before leaving as quickly as she arrived. Just days after returning from Patagonia, DJ Mag receives a garbled selection of messages on Facebook alongside a picture that seems to suggest Noodle had not only found El Mierda, but also Murdoc on the back of a yak. 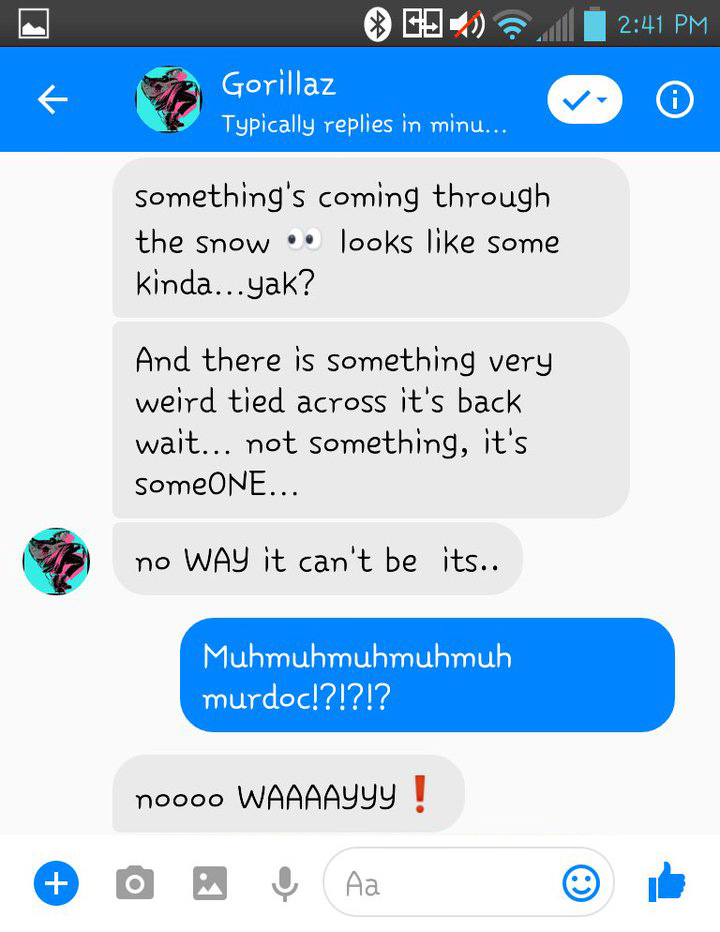 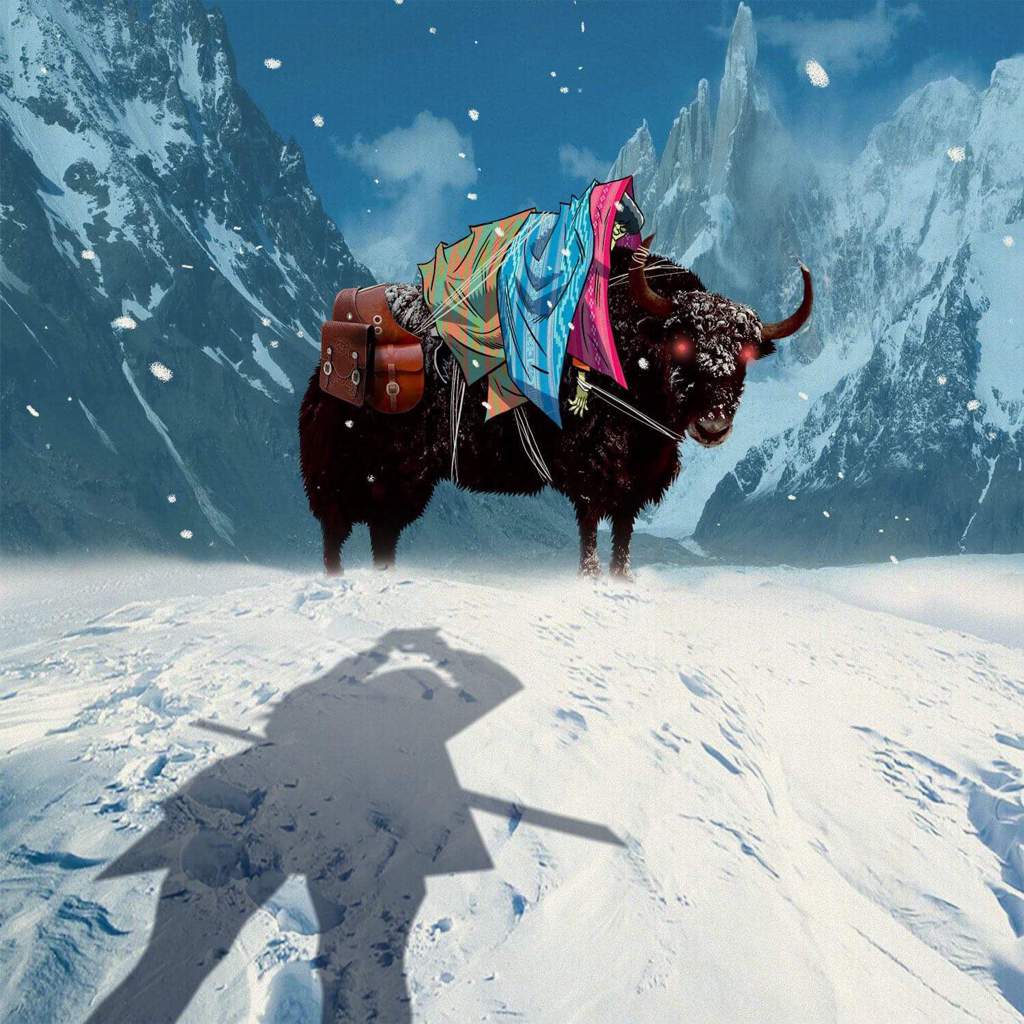 This story is still developing.

Want more? Check out the latest from our Solid Gold column, on how 'Music For The Jilted Generation' turned The Prodigy from rave outsiders to festival headliners.