Outspoken and self-reflective, GRiZ is back with his sixth studio LP, ‘Ride Waves’. DJ Mag met the Detroit star recently to talk life's highs and lows, and the somber moments and kick-ass party anthems of his best work to date...

Grant Kwiecinski has found his zen. Better known to fans as the saxophone-slinging GRiZ, the 28-year-old producer, DJ and instrumentalist is one of those precious few artists who practices exactly what he preaches. The face behind the hashtag #showlovespreadlove is warm and welcoming, but underneath his clever quips and mile-long smiles is a real person who’s not afraid to talk about the stuff that keeps him up at night. The same things that have been dividing Americans for the last several years — political unrest, police brutality, school shootings and “this fucking wall” — have been on GRiZ’s mind too. Despite the chaos, he’s back after a creative hiatus to let the world know there’s a light at the end of the tunnel.

GRiZ’s wavy blonde hair may be all over the place, but he is noticeably grounded. When we sit down with Kwiecinski at Envision Festival in Costa Rica before his soundcheck, he’s cool, calm and collected — no easy feat for someone who will soon be premiering a bevy of brand new songs in a wild, jungle environment. But after a few minutes of conversation with the self-proclaimed yogi and fan of spiritual guru, Eckhart Tolle, we understand that GRiZ’s go-with-the-flow attitude is as innate as his musical prowess.

“Being able to understand your own life does not come without the challenges of watching your material world melt around you,” he explains without pause. “But if I can accept that there will be hard times, then I can move through them.” Kwiecinski offers listeners a taste of that personal journey on ‘Ride Waves’, his first full-length album since 2016. “[‘Ride Waves’] is a big reflection of personal space. It’s sort of a mirror to the world and the way I’ve been seeing it,” he explains between sips of Yerba Mate. “There’s been a lot of super loud, negative frequencies in the world, but there’s also been a lot more freedom of expression in the social consciousness.”

Leave it to GRiZ to turn lemons into funky, electric lemonade. That so-called freedom of which he speaks rings loud in tracks like ‘New Day’, a bouncy, reggae-tinged track featuring singer/songwriter Matisyahu, which touches on issues of war, inequality and how it’s everyone’s responsibility to stand up in the face of adversity. It bears a strikingly different sound from his signature roaring saxophone, rattling bass drops and Motown-inspired swells. 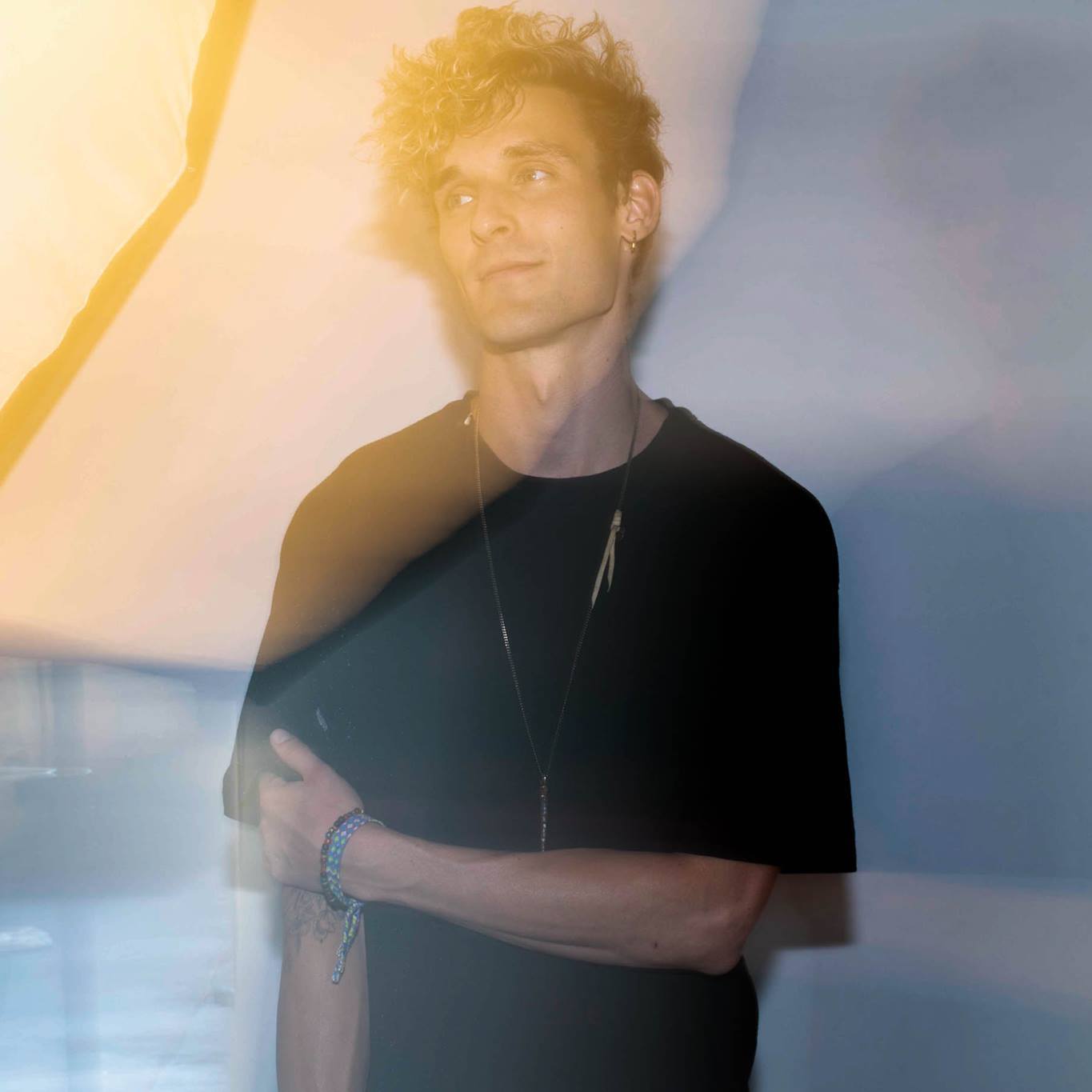 Kwiecinski has a preternatural ability to talk about the duality of his creative process and life experience, speaking with an enviable wisdom that millennials are often pinned for lacking. His colorful perspective is amplified in ‘It Gets Better’, the first single from his sixth studio album, which features soulful lyrics from hip-hop artist DRAM and spotlights overarching themes of acceptance. “My life’s mission now is to find peace instead of happiness, because I think happiness is fucking bullshit,” he says with a focused intensity. “The song ‘It Gets Better’ is about accepting your personal life experience at face value, and being okay with ALL of it. If you’re feeling like shit — you’re depressed, you’re lonely, you’re anxious — that’s fine. You’re allowed to have that.”

The title of the song also bears significance to the LGBTQ+ community — a group for whom Kwiecinski advocates and identifies with as an openly gay artist. While managing a lofty tour schedule during the summer of 2017, GRiZ came out in a candid and heartfelt letter to the Huffington Post — a move that was celebrated by fans and artists alike. GRiZ effectively became the voice of a segment widely unaccounted for in the EDM scene, despite dance music’s roots weaving all the way back the gay clubs of ‘80s Chicago and New York. That void has finally started to fill in, with GRiZ serving as ‘Michigan’s Face of Pride’ in 2018, a title he was awarded by the internationally renowned newspaper, USA Today. Perhaps not so coincidentally, the ‘It Gets Better’ song title also became a perfect tie-in when GRiZ partnered up with Dan Savage on Giving Tuesday last November. The Savage Love podcast host is head of the It Gets Better Foundation, an organization that seeks to empower LGBTQ+ youth in America.

GRiZ’s transparent public announcement is one reason why the past three years have been an emotional, transitional period for the Detroit native. The break following his overwhelmingly positive 2016 LP, ‘Good Will Prevail’, seems to have helped GRiZ access a noteworthy maturity that can be heard in each of his 14 fresh songs.

“Some of the tracks on ‘Ride Waves’ go even deeper into building validity around taboo emotions like sadness and loneliness or feeling like an outcast,” GRiZ tells DJ Mag. “[I wanted to create] a place for people to safely and cathartically experience those emotions within a three- to five-minute period of the song, and find some release in that.”

But, for every somber note on the album there’s a kick-ass, party anthem to match. Among those is ‘Bustin Out’, a retro-fitted groove boasting vocals by legendary Parliament Funkadelic bass player and singer, Bootsy Collins. Though the collaboration seems like a natural fit, GRiZ admits he was initially overwhelmed by the prospect of working with an artist that carried as much clout and experience as the ‘70s icon. “At first I was freaking out, just wondering how the fuck is this going to go,” GRiZ says excitedly. “I was fortunate enough to get to interview him about the track, and holy shit the stuff he has to say! I thought I was talking to God... actually, I’m still not convinced that Bootsy Collins isn’t God.” GRiZ found a kindred spirit in Collins. “He wasn’t giving glazed over or salty, bitter takes either. It was all about hard lessons learned in a beautiful way,” he adds. “He is the embodiment of do it and live it.”

“Do it and live it” seems to be the same mantra GRiZ is living by these days. His endless well of positivity has brought novel collaborators to his door, with rappers Snoop Dogg and Wiz Khalifa also lending vocal performances to ‘Ride Waves’. Another vocalist appearing on a GRiZ album for the first time is Kwiecinski himself. A tinny, uplifting guitar riff leads him in on the boogie-centric track ‘Can’t Get Enough’, just before the sax-man spits rhymes about unrequited love, bad habits, hard work and his burning desire to just keep going. Though singing once wracked his nerves, it has become an integral part of GRiZ’s live show. He kicks off his high-energy romp with a strong voice, that, while not professionally trained, certainly gets the job done.

“There’s nothing more cringey than hearing yourself singing, but I’ll tell you what, the reason why I kept those vocals on the track is because that’s a story I wanted to tell that could only come from my voice,” GRiZ shares. “When I start something new, I come from a place of love. It’s not because I think people should like me, but because I love myself. If that’s my perspective then you can’t fuck with me. It’s unfuckwithable.” 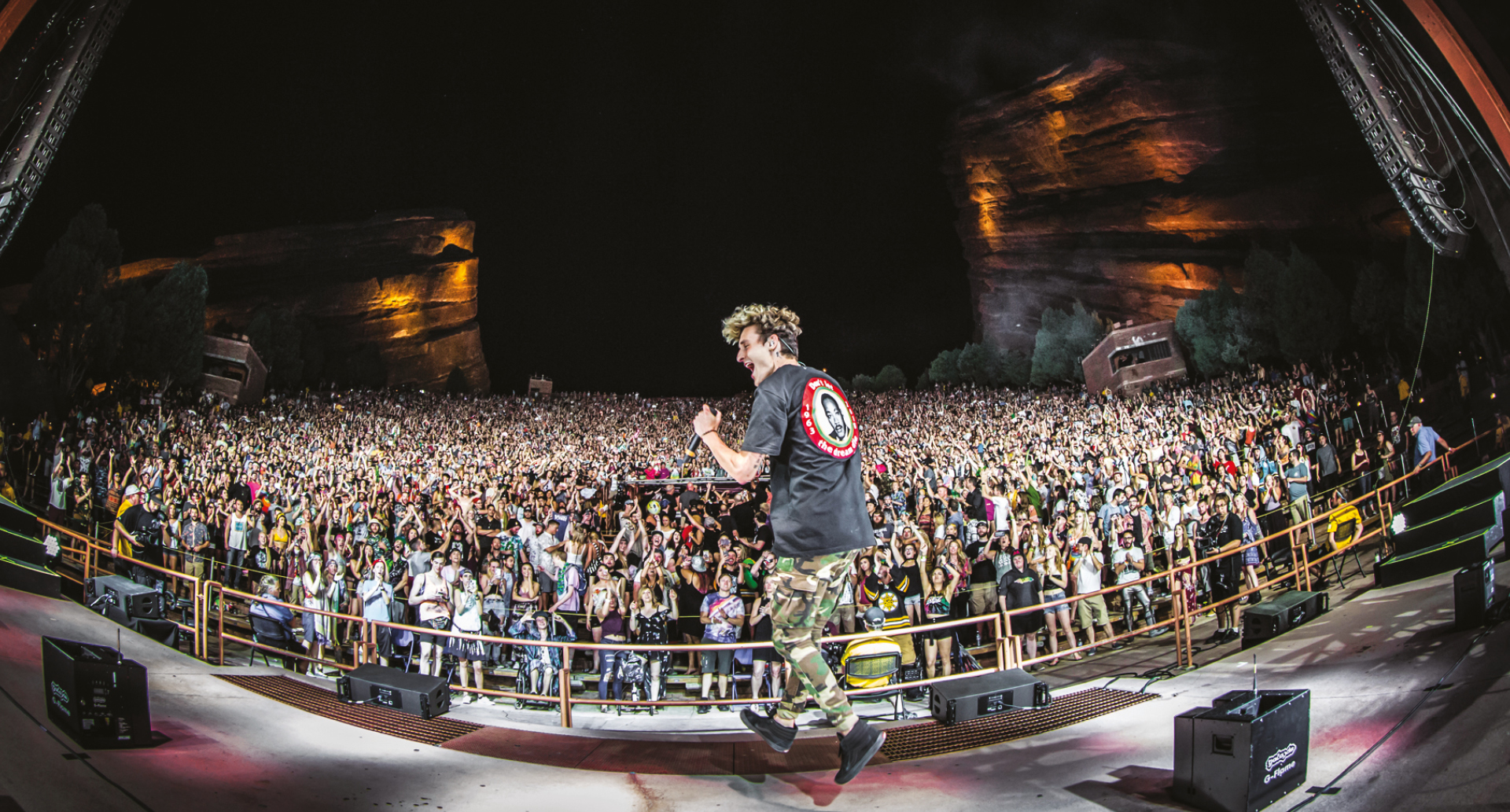 Unfuckwithable, indeed. We can’t think of a better made-up word to describe the young star’s rise to the top; his career only gets more massive with each experimental single or good deed dropped. GRiZ’s ‘Ride Waves’ Tour (in which he shares the stage with longtime friend and collaborator Muzzy Bearr) is already well underway. It all started in March with sax-filled, visually stunning performances at Envision Festival and Ultra Music Festival, followed up by a frosty foray at Snowbombing in Canada last month. Next, Kwiecinski hops the pond to break new ground in Europe, before he wraps 2019 with the sixth iteration of his 12 Days of GRiZMAS charitable event series — a collection of annual hometown shows that have raised more than $100,000 to date for Detroit public schools.

He’s a musician, a philanthropist, an ally and a friend. He’s done it all, and yet, he still can’t get enough. The secret to his perseverance all stems back to self-love. “‘Ride Waves’ is an allegory to that; the waves come and pass. They come in different shapes and sizes, and varying speeds,” he explains. “Just hold yourself in the highest esteem and show gratitude for the things you have in life and you’ll be good.”