How I Play Live: Henrik Schwarz

Declan McGlynn
Facebook Twitter WhatsApp
Henrik Schwarz's inimitable sound combines acoustic and electronic elements like no one else. His DJ sets and live performances combine emotive soundscapes and slamming beats, effortlessly morphing between his passion for classical music and his background as a techno DJ and producer. His live sets are just as unique, often driving himself to create new and one-off pieces of music on stage to the delight of the crowd. We talked to him about his vision for his sets, how his setup came together and where he sees the future of live electronic music performance. Henrik Schwarz & Metropole Orkest ‘Scripted Orkestra’ (conducted by Jules Buckley) is out now on 7K.
Catch Henrik Schwarz playing at Paradise City Festival this June 29th - July 1st
Why did you decide to explore playing live as opposed to just DJing?
"I always wanted to be a musician and experimented a lot with electronic gear for a few years. I had spent all my money on a laptop a while ago and was experimenting with playing loops in combination to me playing vinyl records. That was cool but the computer still crashed from time to time in the middle of the set so the fun and possibilities were a bit limited.
"When Ableton Live 1.0 was released I felt this is going to be a revolution for me. For the first time I was able to sync to my vinyl and play around with the samples and loops in real-time.
"I was extremely fascinated by these new possibilities that I had been waiting for so many years. I loved my DJing but as I was diving deeper into the new possibilities I realised I needed to make a decision to be able to keep up with what was going on. Finding new music as a DJ is a lot of work and finding new ways to play live is also a lot of work. I found the new possibilities much more interesting and artistic so I decided to go the live way."
What was your initial setup and how did it work?
"In the beginning I just had my laptop, my MIDI controller with 16 dials and a mouse. From early on I often put one control to different targets at the same time to get as much musical expression as possible. At the same time you can control the expression so you don’t have to fear something gets too loud or out of control. So every controller has a very wide dynamic, a lot of drama, but at the same time puts the expression into a frame so that is safe. That makes the performance very open and free."
"People appreciate it when they realise the music they hear is created NOW. Just for them"
How does your live setup work now?
"Since day one I have constantly added my new tracks and remixes to what I already had in my live set, so today I could play everything I have ever made. Even when it's 20 years old. Everything is there and it's also divided in parts and stems so I can play around with it, make new combinations and remix myself in real-time. Everything is pretty open and also it's a mixture of mad chaos and full control. All the tracks and samples are sorted by letter so I can find any sound or sample pretty quick.
"Over the years I have found a few more interesting points within the setup where I can put an external control to create a musical result. I have also added a keyboard now so I can create and play new melodies or basslines or chords in real-time. A few years ago I have programmed a drum machine in Max4Live that is also connected to a hardware controller. This drum machine especially has a lot of features that I have added over the years that are pretty special and made just for me – it's very flexible and very quick to use. I am adding new functions all the time.
"Also now you can program your own little plug-ins within the software to create very complex and useful things. This can be very helpful to be even more free and still have more control. I believe this is the essence of what I am always working on. Turn the computer into an instrument more and more. And at the same time let the computer disappear in the background. Get it out of the way by making the functions and routines as quick and clever and flexible as possible." 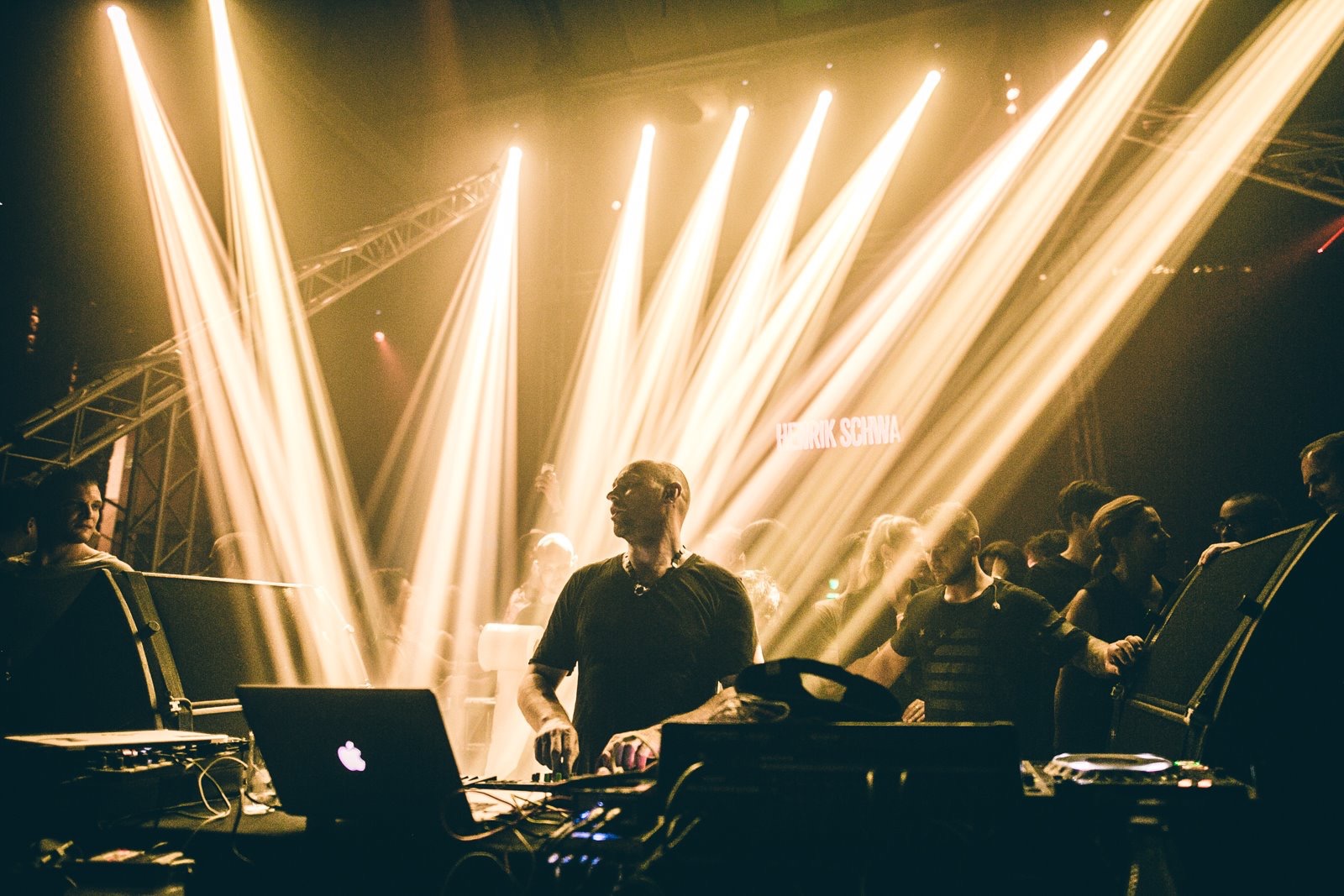 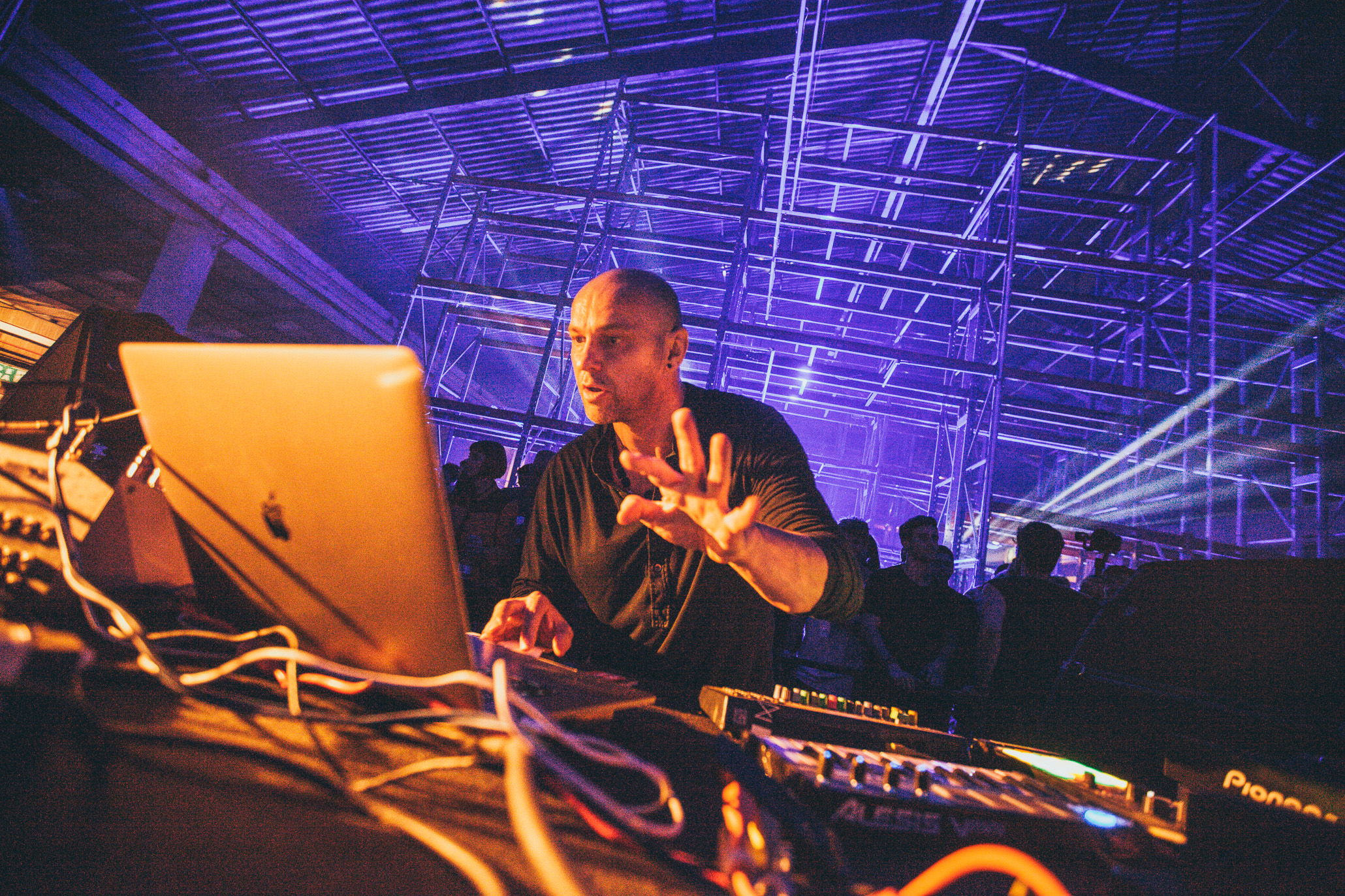 What do you think is behind the current explosion in live electronic music?
"I think a very special energy goes into the room when music is being made just now. It doesn’t need to be perfectly produced all the time. From my experience people appreciate a lot when they realise that the music they hear is created just NOW. Just for them. No immediate download, no track ID. It's special. I strongly believe in those special moments. The best moments for me are when I improvise a new piece live on stage in real-time. It might be a bit like standing on a thin rope for a little while without a safety net and that creates a lot of tension. When all goes well, everything comes together nicely and everybody can sense that too and that can be a very special moment of togetherness and creativity."
What’s the one piece of advice you’d give to someone who wanted to explore taking their music live?
"Don’t do what the others do."
You often merge acoustic and electronic elements live. Why is that important to you and what are the challenges involved?
"I love acoustic instruments as a sound source. I might change them a lot with my electronics but there is a lot of musical expression in an acoustic instrument. Also for me when you combine acoustic instruments and electronics in the right way, both seem to get stronger. I did this track Kammermusik with my friend Bugge Wesseltoft. It's just grand piano and white noise. In this piece the most chaotic sound possible meets the most advanced instrument that man has built so far. I love the combination in this piece as I think they blend in a beautiful way and make each other shine even more. But that's also the problem at the same time. How do you bring the two worlds together? In my latest album 'SCRIPTED ORKESTRA' I was trying to apply electronic or programmed routines to composition and then have it played by an orchestra. It's a very thin line to find the right balance. It’s difficult. But I started to really enjoy things being difficult because you need to discuss with others. And I believe it's easy to agree on the big questions with others but when it comes to details it gets really interesting. So if you combine the two worlds of electronic and acoustic it can be challenging but the result can be very beautiful and new."
Catch Henrik Schwarz playing at Paradise City Festival this June 29th - July 1st