Boiler Room & Ballantine's launch the True Music Hybrid Sounds tour in Moscow with a line up that subverts genre boundaries and challenges artists to collaborate, innovate and create

“Security were guiding me to the DJ booth and I’m wondering how is it possible that there are all these people in the booth. I’m thinking that we’re gonna keep walking for another minute or so to get through the crowd, and all of a sudden I just bump into the turntables, like as if I was in the forest and I came across a great find of the Incas.”

Detroit techno innovator Derrick May has been to a lot of clubs in his time. But he's never walked into anything quite like this before.

For starters it's a Boiler Room show. Anyone who has attended their events, or watched online, will know that there is no distinction between the DJ booth and the dancefloor. The proximity between artist and audience cultivates a need for what May calls "extreme DJ measures."

“This many people. I can’t believe how unbelievably congested that shit was," he continues. "It was crazy! It was insane!” 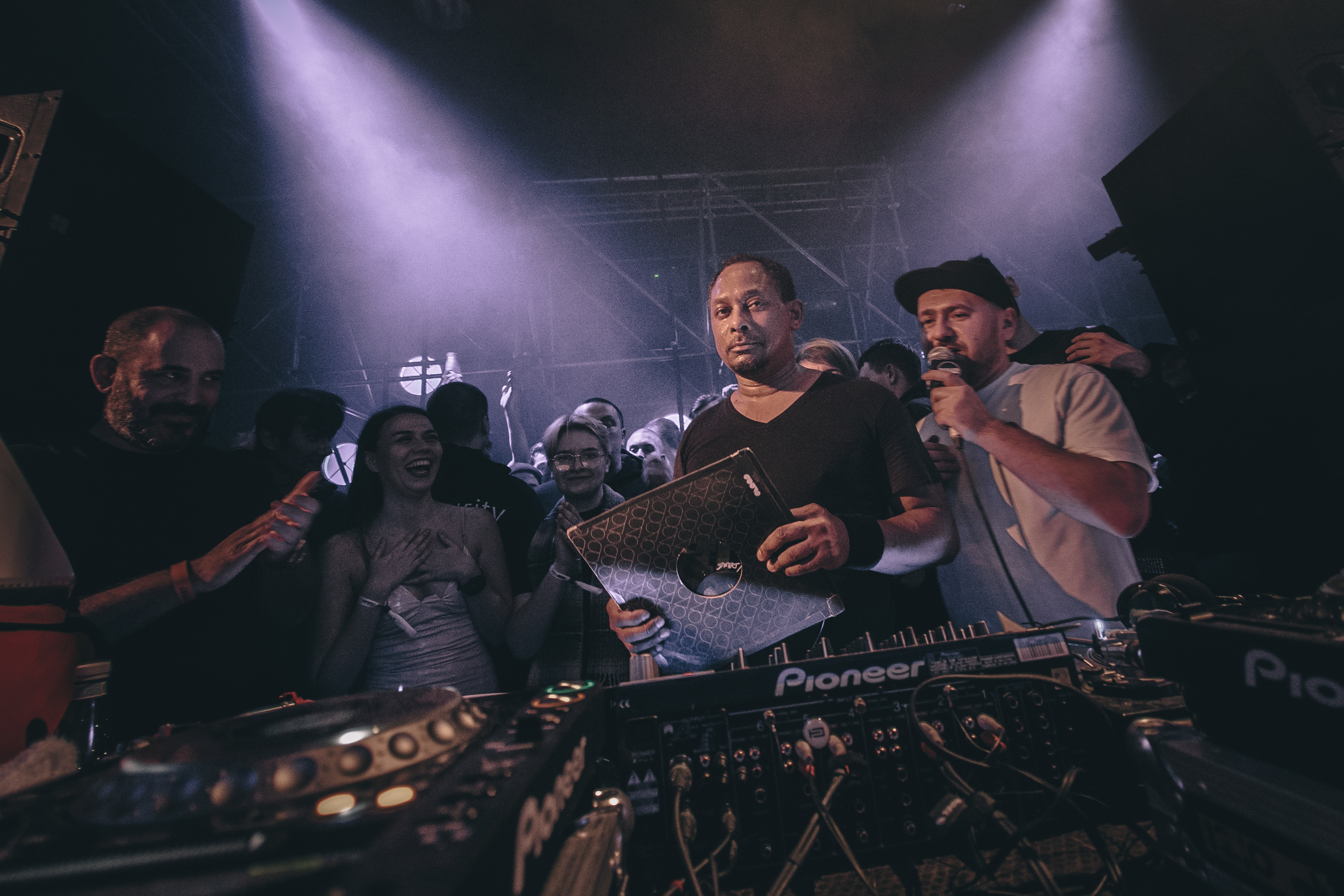 May is speaking to DJ Mag after returning from Moscow for the opening night of the True Music Hybrid Sounds Tour, a collaboration between Boiler Room and Ballantine's which pairs electronic music producers with traditional musicians to explore the intersection between electronic and acoustic music.

The tour – which continues on to Sao Paulo, Beirut and Valencia – partners a lead collaborator in each city with a local talent from within the traditional musical space, and challenges them to produce a track together. These tracks will be collected and released on the third True Music EP.

The genesis of this ambitious project happened to be inspired by another techno innovator, as Ballantine's Head of Music Tom Elton tells us. "I remember going to see a Jeff Mills orchestral set at The Barbican in London," he enthuses. "It blew my mind seeing these two worlds collide, to create this kind of hybrid sound." 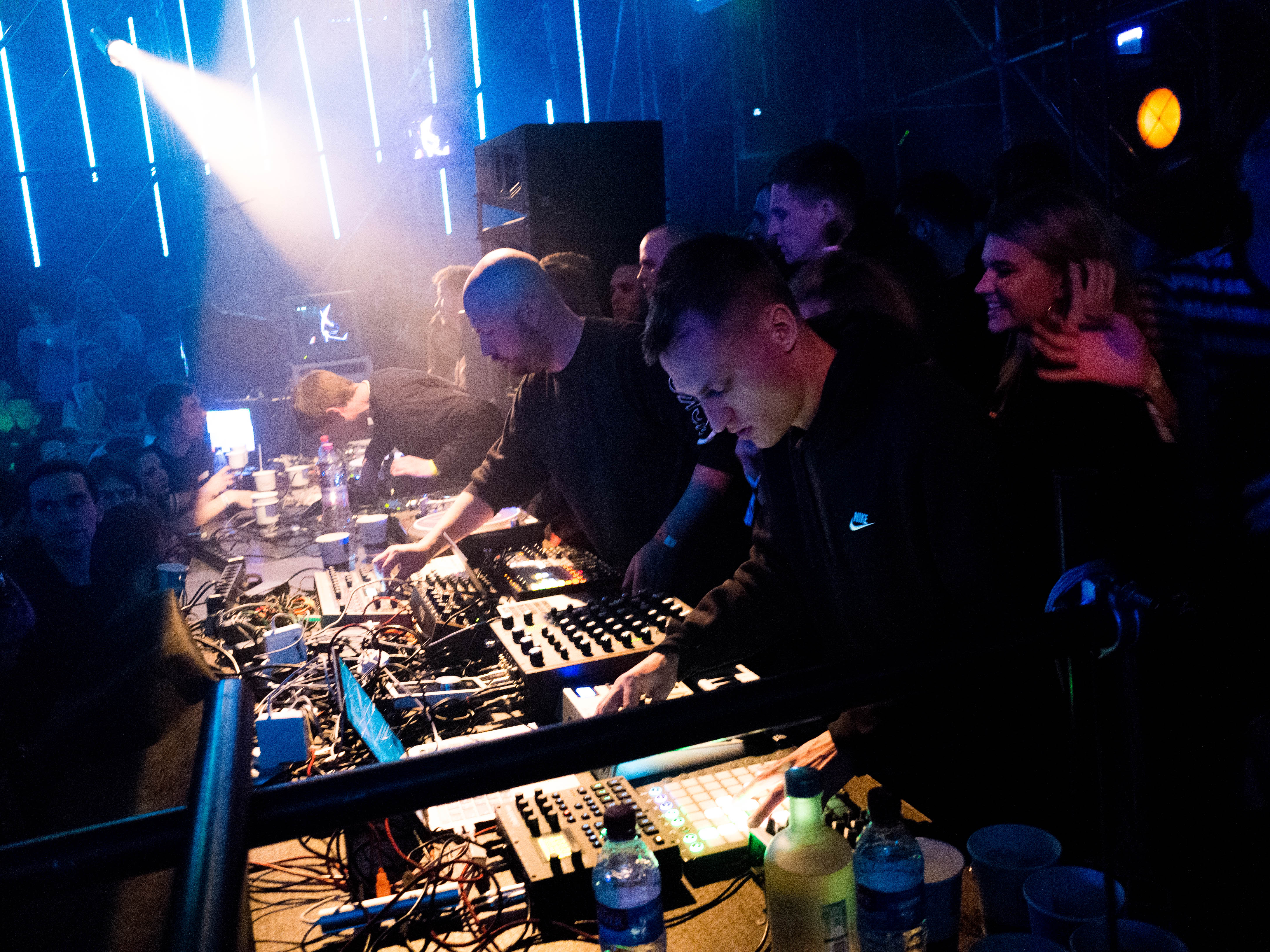 Overmono, the lead collaborators for the Moscow show, are brotherly duo and established solo artists Tessela & Truss. The way their creative relationship developed into a collaborative partnership made them a perfect choice for the Hybrid Sounds project.

After being influenced by live shows from other artists, the duo locked themselves away in a cottage in Wales where they "wrote as much music as we could. It was super productive and set the scene for what we now do as Overmono."

"We have four very different artists with different sounds," Tom Elton agrees. "But the most important thing is that they all incorporate live elements into their sets. What was really interesting is that when they were approached, they were all totally up for the challenge, because it is a challenge, going to work with an acoustic artist that they have never met to create track together. It was amazing to find artists who were up for the challenge." 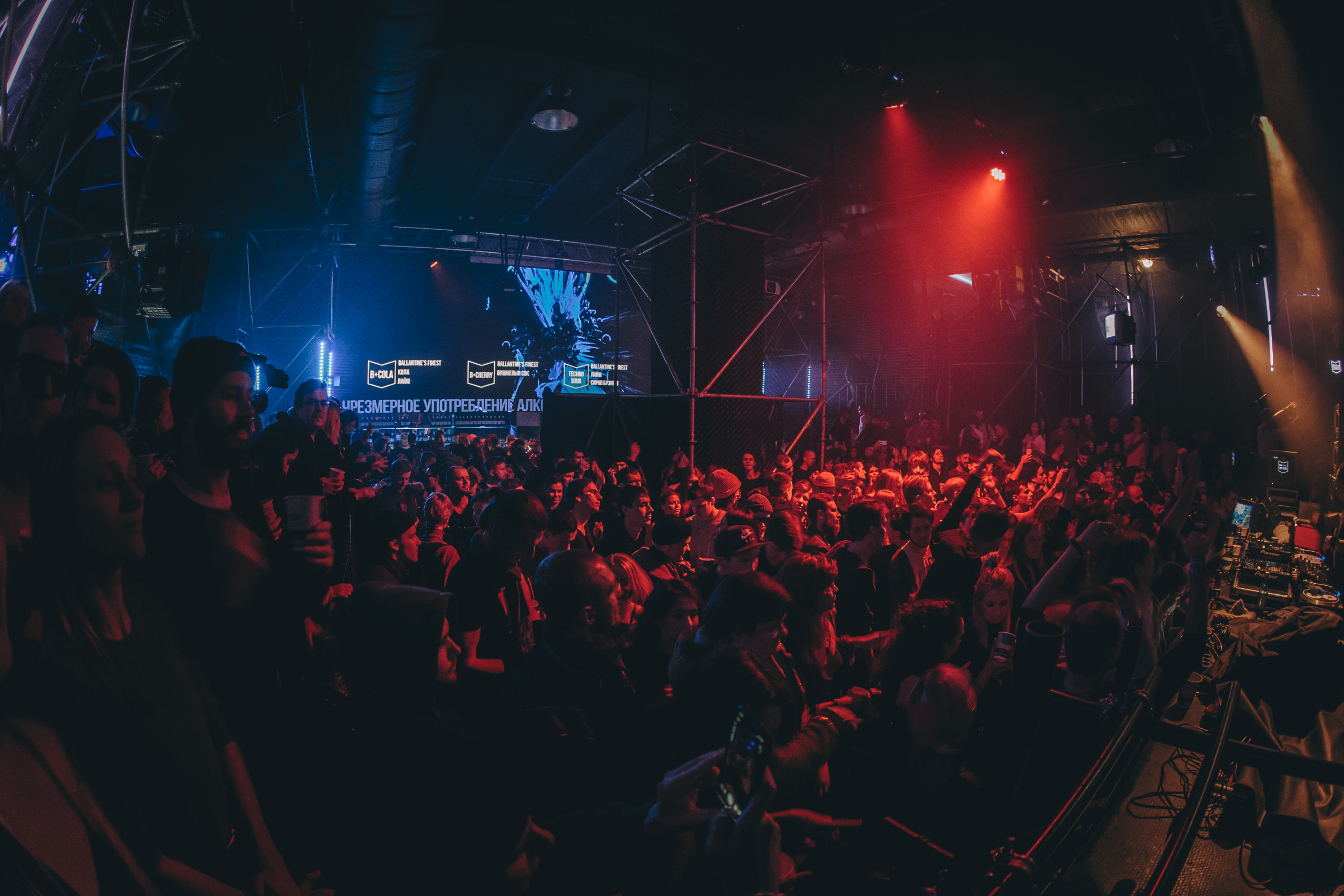 It's a sentiment that is echoed by Overmono, who are visibly excited about the project and the creative possibilities it opens up.

Partnering for the Moscow show was about "having the opportunity to spend some time in a city neither of us are familiar with [and] collaborating with a musician [from a] totally different discipline," they shared.

And it's not just the collaborative EP that sees these artists working together. In Moscow the show was opened by a breathtaking, ambient guitar performance from Russian artist Pavel Dodonov.

Far from the traditional opening to a club night, the performance perfectly summed up what Hybrid Sounds is about.

"No one really knew what was going to happen." Elton confides. "I don't know how many people outside of Russia knew who Pavel was, so when he played this ambient experimental guitar set it kind of took people off guard. But everyone was super into it as it was amazing to see what he was doing live in front of them. The atmosphere in the room was incredible."

Derrick May, whose pre-show ritual involves arriving at the venue just 15 minutes before performing, was locked onto the opening performance online. "I really enjoyed what I was hearing," he shared. "I felt a connection."

As an innovative artist who inverts the traditional electronic musical template by producing drums last, May believes his approach is more aligned to traditional instrumentalists and composers than his electronic peers.

"I [produce] in the context of making each instrument speak its own language, and it's never about making music just with the drums, just with the kick drum and the bassline and throw a little melody on top and then some chords and bam that’s a track. I’ve never made music like that, and when I hear musicians, when I listen to a guitarist or a pianist, I can always relate better to that mentality than I can to a dance musician."

So, in exploring this intersection between electronic and acoustic music, Ballantine's and Boiler Room are challenging artists from different fields to find common ground between their sounds and creative processes. The result of this fusion – once committed to wax for the True Music EP – will provide enduring testament to the creativity of collaboration.

"Basically we’re just trying to be as creative as possible" Overmono conclude. "And make the best music that we can!"