HARD Summer returns to The Speedway in Fontana this year after a last-minute venue change in 2017 just weeks ahead of the event. The return to The Speedway sees HARD Summer partnering with the production and medical teams of Los Angeles-based mega festival promoters Insomniac Events, the team behind EDC Las Vegas, and promises new stages and a brand-new stage layout, improved logistics, increased health and safety services and more amenities for the 2018 instalment.

View the HARD Summer 2018 full line-up and official trailer below. Tickets go on sale Friday, 27th April, at 9am PDT/noon EDT/5pm BST/6pm CEST. For more information on and tickets to the festival, visit the official website.

Relive a decade of HARD in these 10 incredible moments according to former HARD head honcho Gary Richards, aka Destructo. 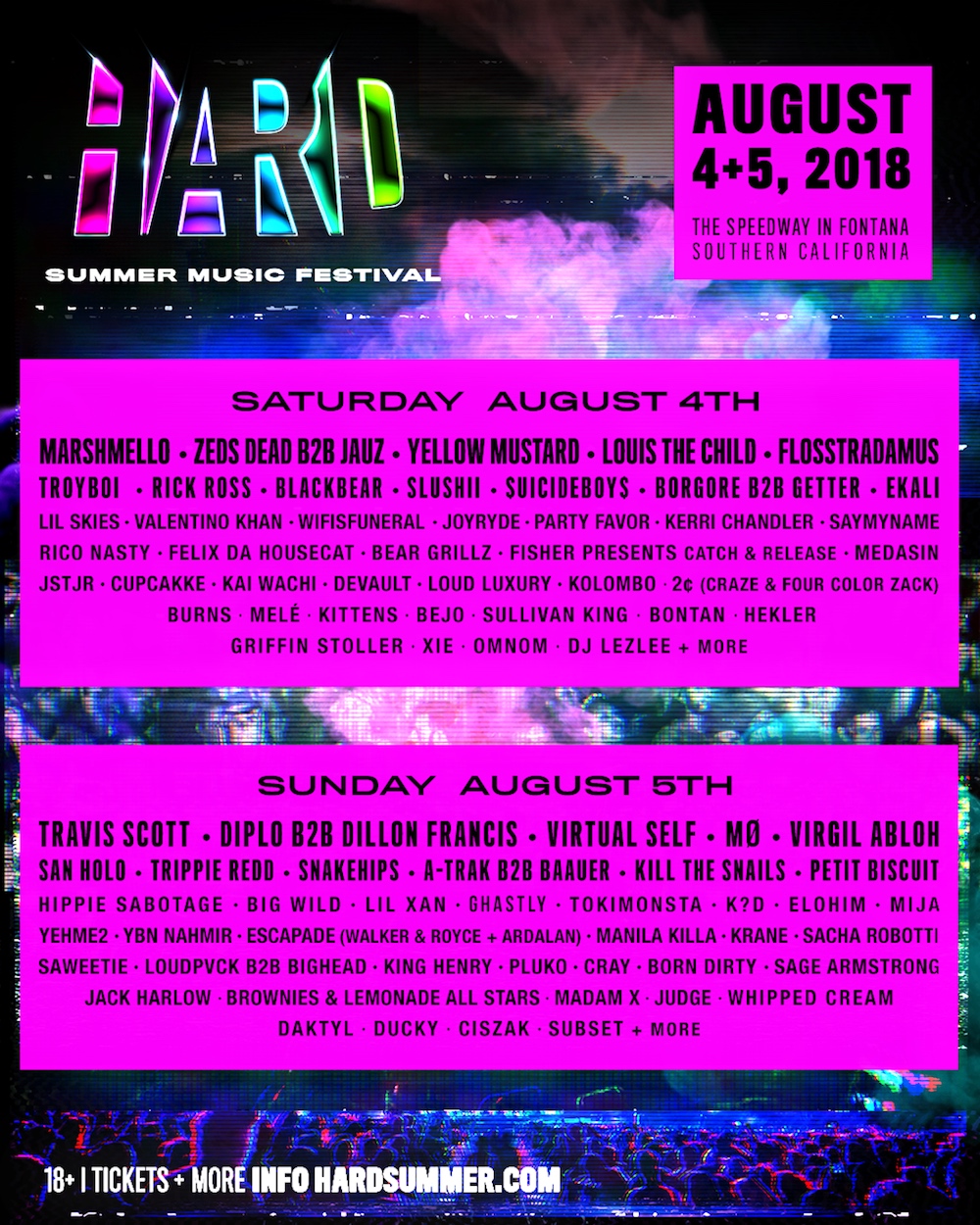