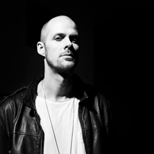 Code Red
Anyone who has caught Adam Beyer over the last 12 months will know just how on-fire the lanky Swede has been, so it's a serious result that Ministry Of Sound have locked him down for a four-date residency across 2010. Kicking off on Saturday 30th January, Adam Beyer's Drumcode residency will see him joined by 2000 & 1 and Joel Mull in The Box, while Tiger Stripes, Carl Lekebusch and Nihad get their grooves on in the bar. Adding yet more grade A techno and underground house to the mix, the Ketoloco crew are taking over the loft. 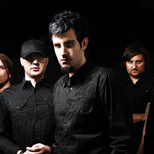 V Sign
Manchester's Club V in Deansgate is switching up their music policy and focusing their attentions on deeper techno and house, rather than the commercial trash they've been guilty of in the past.

On Friday 29th January, Manc night Format builds on its previous efforts by booking Beatport favourite Alex Kenji to headline. The Italian tech-house star will be supported by residents Cahman, Andy Shaw, Chan & Smith and Sco Mo. Time will tell if Club V's new policy will pay dividends, but they're definitely heading the right direction with names like Umek and Gregor Tresher also booked in for early 2010.

Kissdafunk Moves
Following a year of successful parties at Leeds' 02 Academy and guests with guests like Erick Morillo, David Guetta and Steve Angello, Rob Tissera's Kissdafunk is returning to its spiritual home of Mission for 2010. One of Leeds' most reliable bets for lovely looking ladies, high energy house hedonism and good time vibes, Kissdafunk will also be using the opportunity to switch to Saturday nights for the first time in their history. They'll be celebrating their sixth birthday at Mission on Saturday 30th January with Rob Tissera, Juan Kidd, Luke Pompey, Drew Scott and current production golden boy Sidney Sampson.