Ending their winter hiatus, Leicester's Sonido giving the city's club scene a much needed shot in the arm with some cutting-edge tech and house guests booked in for 2010. Settling back into their favoured home at Superfly, the Sonido boys kick off with prolific underground house hero Spencer Parker on Friday 5th February, while Get Physical's DJ T is the guest of honour on Saturday 6th March. Pushing the deeper side of house in a city that is seriously short on decent nights out, both events will run from 10pm – 4am, with tickets at just £5 advance. FFI superfly-city.com

Calling all Brighton crew. Sunday 7th March is a date you'd do well to whack in your diary, thanks to the good work of the Sunday Social crew. Taking over Concorde2 from 5pm – 1am, they've managed to coax pioneering punk-funk outfit A Certain Ratio out for a seriously rare live show. Shoom hero Danny Rampling will be taking us back with some Balearic beats, with other DJs sets coming from Justin Robertson, Steve Mac, Kenny Hawkes and Skint Records' Andy Mac. Best of all, profits from the £15 ticket fee go towards The Children's Burns Trust — a charity that provides rehabilitation support for burned and scalded children. FFI concorde2.co.uk 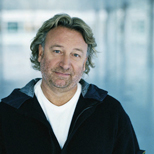 As far as the acid house history books go, there are few more iconic addresses than 112 – 118 Princess Street — former home of Tony Wilson's Factory Communications. The building that gave the world Joy Division, New Order and The Happy Mondays, it's now getting a fresh lease of life as The Factory nightclub thanks to a hook-up between New Order bass player Peter Hook and Aaron Mellor from Digital. Finer details at the moment are sketchy, but the three-roomed space will be kitted out with a full Funktion 1 and cater for live bands, the more eclectic and indie-friendly sides of electronica and rock star DJs.

For anyone that likes their Friday night to sound as diverse as their record collection back home, James Priestley's new 'One For Me, One For You' venture should definitely be on the radar. Taking place on the last Friday of the month at Priestley's very own East London warehouse bunker, The CAMP, 'One For Me, One For You' is a chance for the secretsundaze dude to delve into every last nook and cranny of his many influences. Which means everything from jazz and soul to house and drum & bass will get stirred in amongst some expected Italo and cosmic goodness. It runs from 7pm – 1am and is free entry. FFI thecamplondon.com