Recognise is DJ Mag’s monthly mix series, introducing artists we love that are bursting onto the global electronic music scene. This month, we speak to Lag, Novi Sad’s purveyor of incendiary broken techno.

Determination and defiance burst from every beat of Lag’s output. As a producer, DJ and promoter, the Serbian upstart has become a vital fixture in the country’s underground scene and beyond, championing a style of techno that is at once unhinged and immediate, razor-sharp and raw, politically charged and liberated.

This year saw him following up 2017’s ‘All The Children Are Insane’ EP on Mord with a split release alongside Rebekah on her Elements label. His track, ‘Rutra’, was a testament to that very sound – a propulsive and broken techno cut that worked a distorted vocal sample to an effect that was simultaneously disquieting and hypnotic.

“I've been a big fan of Rebekah's ever since I heard ‘Cult Figures 1’,” Lag says about the opportunity to work with one of the nominees in DJ Mag’s Best of British 'Best Producer' category. “She has a unique DJing style that I really appreciate and she nurtures a distinct sound when it comes to music-making – I never understood why people who go digital with their DJing don't use the many possibilities such an approach offers. It's always exciting to get a chance to work with people I look up to and this was no exception.” 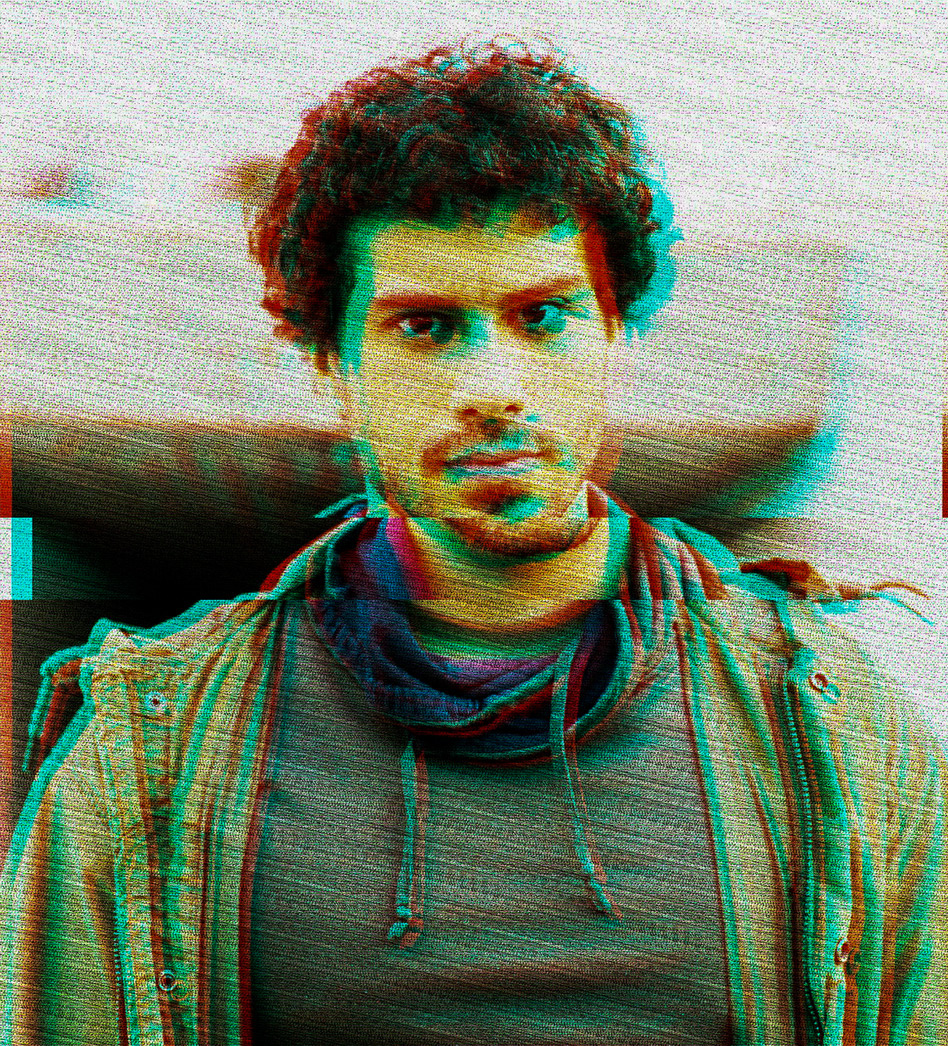 But it was far from intense, percussive techno that Lag was reared. An upbringing on punk veered into an education in classical music before, eventually, an epiphany in a club awoke something in him that would change everything.

“I remember listening to techno in a club and thinking to myself, ‘This makes sense and this is where I belong’,” he says. “I love music in all of it's forms, but there's something about good techno that's familiar and instinctively right. Just like meeting ‘the one’ or eating a good burek.”

But as he says, the influences branch far and wide – from Surgeon to Tom Waits, Aphex Twin to Fatboy Slim, Autechre and Boards of Canada to Gorillaz and The Brian Jonestown Massacre –  all coalescing into a technique that retains a punk ethos, an ardent professionalism and passion.

Of course, one of the most vital influences was the landscape itself. The Yugoslav Wars and subsequent breakup of the state, political turmoil and sanctioning lead to a mobilised and hungry underground forming in Serbia. A youth movement that felt deprived and alienated from the rest of the world would come to find solace and freedom in raves and in the club, resulting in the birth of an environment and community for whom techno was not just about having a good time, but healing.

“We were starving for what was new in the world,” says Lag. “This hunger was a very strong force when it came to bringing like-minded people together and creating a community built on good values. PLUR was a natural product of this and it played a big part of why raves and electronic music became big and sociologically important here.”

“For us, growing up under an authoritarian system – with the ruling dictator constantly spewing hatred and fear from the TV set, reminding us daily of the civil war just behind us,” he adds. “Created an environment imbued with the philosophy of unity and togetherness that was not only captivating but played a major healing role in all of the ex-Yugoslav countries.” 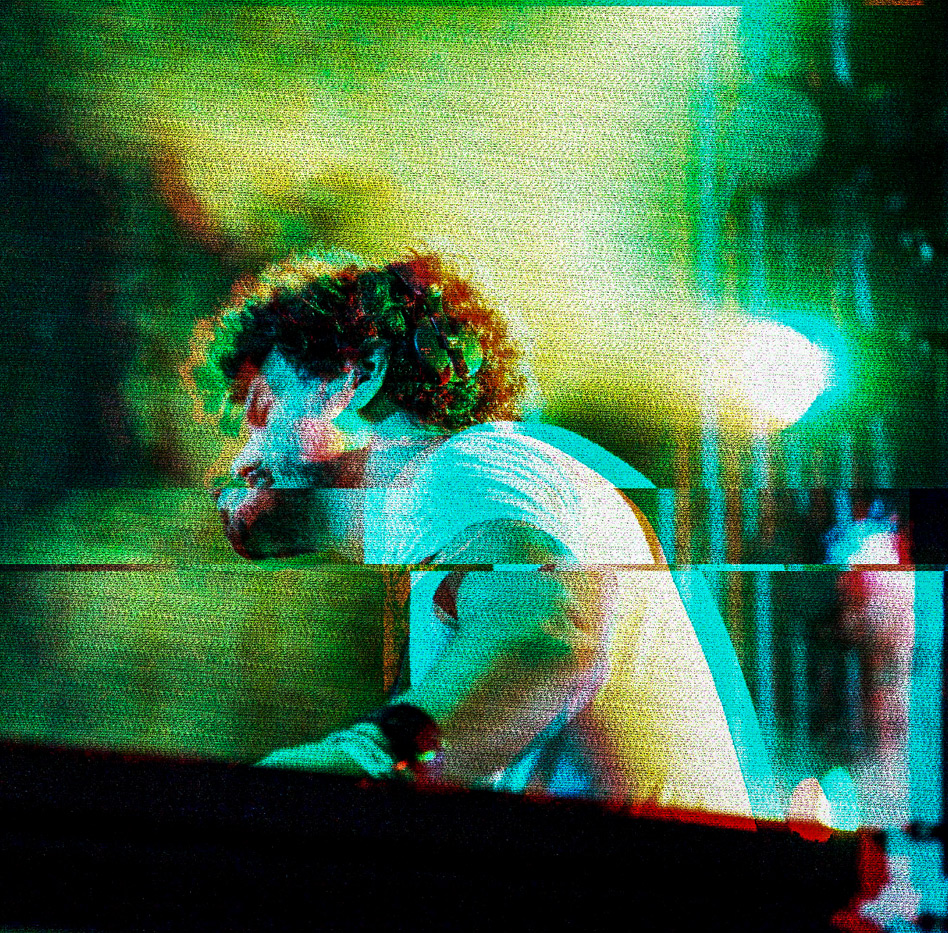 Indeed, the freedom of sorts that was granted to the underground movement as a result of socio-political unrest only served to rally the youth further, Lag remarks. Ultimately, that passion, frustration and determination would, he believes, result in the founding of Exit Festival in his hometown of Novi Sad in 2000, an even that he has since gone on to play the main stage

“I think our dictator of the time actually gave the entire clubbing scene wings, thinking that young people spending time in clubs with loud music is preferable to young people spending time somewhere they can talk, get angry at the regime and plot against it. As a result - you could have made a party almost anywhere with no regulation and no real push-back from the police. This allowed clubbing to grow and, ironically, it kept giving more and more people a taste of what normal life feels like and made the freedom we were missing so much more obvious to us.”

“Activism was sparking and political consciousness was growing which helped pave the way for the resistance movement that the oppressive regime ultimately succumbed to,” he says. “Exit is a prime example and a direct product of how political the clubbing scene was at the time. It started as a resistance movement and it's name representing the idea behind the festival loud and clear: a fight for an exit from the shackles of the regime which brought us war, sanctions, hatred and discord, followed by a Better Tomorrow that we know we can have.”

Lag worries that in recent years the scene in Serbia has lost some of its initial vigour, and that now, as much as ever before, the underground community requires the zeal and enthusiasm that made it so inspiring in the first place.

“I miss the music having something behind it, you know? It could be just me but for a few years it felt like the point of running parties was just profit or, in the best case scenario, pure fun - which is kinda defeating, especially considering our current political situation is not that different from what it was 20 years ago.”

But he has not lost faith, and developments in the scene have shown that it is a resolutely progressive and positive. “I'm starting to see a rise of LGBTQ activism and acceptance in the scene – something that usually goes hand-in-hand with clubbing but which didn't happen during our movement's first wave as its focus was so dominantly on politics. People in general seem to be more open-minded these days.”

“When it comes to actual parties we've never had more festivals throughout the year,” he adds. “And clubs are working steady – with Novi Sad's Tunnel and Belgrade's Drugstore being my personal favorites – and are bringing in great bookings for the local crowd to experience. Also, we've never had more good producers, not only in the techno scene but in all segments of electronic music – even experimental and alternative stuff – which is impressive considering that just ten years ago we only had a few people representing us on the world-stage.”

Those sounds are what Lag champions in his DJ Mag Recognise mix, which landed in our inbox with the title 'Slavic Broken Techno'.

“The title is a bit misleading,” he admits” “As all of the music in the mix comes from either ex-Yugoslavia countries or from Slovakia. The most known players from the Slovakian crew are Loktibrada, Rumenige, DJ Boss and Hu. They made tons of quality techno in the 2000s and then disappeared for a while, but, to my great joy, they started releasing and recording mixes again in these past few years.

“When it comes to ex-Yu countries, it's a wave of fresh artists: Serbia's Scalameriya and his brother Razbibriga make fierce, 100-ton music that often goes into rhythmic mayhem. Croatia's Neznan doesn't release often but when he does it's very interesting stuff, whether it's straight or broken. Forest People AKA Olēka AKA Kabur Life is an incredibly talented and productive producer from Bosnia (and is one of the funniest people out there) who keeps reinventing his sound and making the best of it. Coming from Serbia are also Ontal, the experimental techno duo (consisting of Brenecki and Katran) who are just as likely to make a 4/4 club banger as they are to make something completely bonkers and off the charts.”

“Ex-Yu and Slovakian techno has a certain vibe, a groove to it that I can't help but react to,” he adds. “When I started recording the mix I just reached for what I love the most: this unique type of techno where each element seems to be pulling the energy in its own direction, and where the sum of all those elements is something that has an immediate, attention grabbing drive. This style is not exclusive to Slavic producers of course, but it's where most of it comes from, possibly due to the political and social circumstances we all grew up in which make it easy for us to find sense and function in something so chaotic and lawless. I've tried to show the range of this broken style through this mix but an hour is not enough... It's also quite Slavic, so if possible eat some sarma or kompot while playing it and shout ‘Opaaa!’ whenever the beat drops.”

Lag’s defiance and determination have taken him far outside Serbia, earning him a well deserved reputation in the global techno underground. This year saw him representing No Sleep Novi Sad in New York’s Good Room and play revered venues such as Berlin’s Griessmuehle and ://about blank, London’s Corsica Studios, Tbilisi’s KHIDI, Warsaw’s Smolna and more. He also returned to play Tresor, the venue that he says was the home of his proudest moment to date as an artist.

“Growing up isolated from the world, Tresor, Rex and the city Detroit were all mythical places where everything was good and forever unreachable for someone like me,” he says. “They were meccas of a world we only had a glimpse of through books, documentaries and the music coming in. I still remember the bliss of going down that strobe-lit hallway, walking through the smoke and reaching the bars of the DJ booth.”

Listen to Lag’s Recognise mix below.