The Sound of: Belters (Huntleys + Palmers)

DJ Mag's latest monthly mix series puts the focus on the labels we love; outlets that are championing new artists, dropping key releases and driving their respective scenes. This month, we catch up with Huntleys + Palmers founder Andrew Thomson to discuss the past, present and future of the Glasgow label as he delivers an electrifying mix of tracks from its latest venture, the Belters imprint...

Since 2007, Huntleys + Palmers has stood at the helm of Glasgow’s electronic underground. Started by Andrew Thomson as a small party series, H + P has since evolved into something much, much bigger than anyone – not least Thomson himself – predicted.

From those parties the label was born, becoming an early champion of acts like SOPHIE and Auntie Flo and going on to release music by Hi & Saberhägen, Lena Willikens and Mehmet Aslan as well as dropping four free digital compilations – ‘Clyde Built’ – featuring music from emerging artists coming out of Glasgow. To date, H + P and its assorted sub-labels have amassed over 60 releases.

In 2015 Thomson, Auntie Flo and Phonox’s newest resident Esa Williams set up Highlife World Series (itself an off-shoot off the Highlife label and party set up by Thomson and Flo in 2010). The internationally focussed sub-label to H + P became most well known for releasing three EPs celebrating music from Uganda, Kenya and Cuba respectively. The releases were a huge success and highlighted H + P’s determination to be a label like no other. This year, Highlife returned with its 20th release, sharing the incredibly addictive and joyous ‘Marry Me’ by South Africa’s DJ Call Me.

In 2017, H+ P announced that after 10 years of unforgettable club nights, it would be ending its parties series to focus fully on the label. With a heartening, short documentary by Stamp The Wax celebrating the institutional parties as well as a couple of final blowouts to send it off, H + P solidified itself as a vital part of the scene not just in Glasgow, not just in the UK, but internationally.

And it continues to do so. Since turning his focus totally onto the label side of things, Thomson has poured a lot more fuel into the Belters imprint, a sub-label launched in 2016 with the intention of putting out, well, club belters. With releases this year on the imprint including EPs from Wheelman, General Ludd, Block Univers and Naum Gabo and a whole lot more on the agenda for the coming months, the future for Belters is bright. Huntleys + Palmers itself meanwhile, has some exciting releases on its own horizons, more of which you can learn about in our interview with Thomson below.

He’s also been kind enough to serve up an hour of Belters exclusives, both forthcoming and from the back catalog. It’s excellent. Obviously. Check it out below! 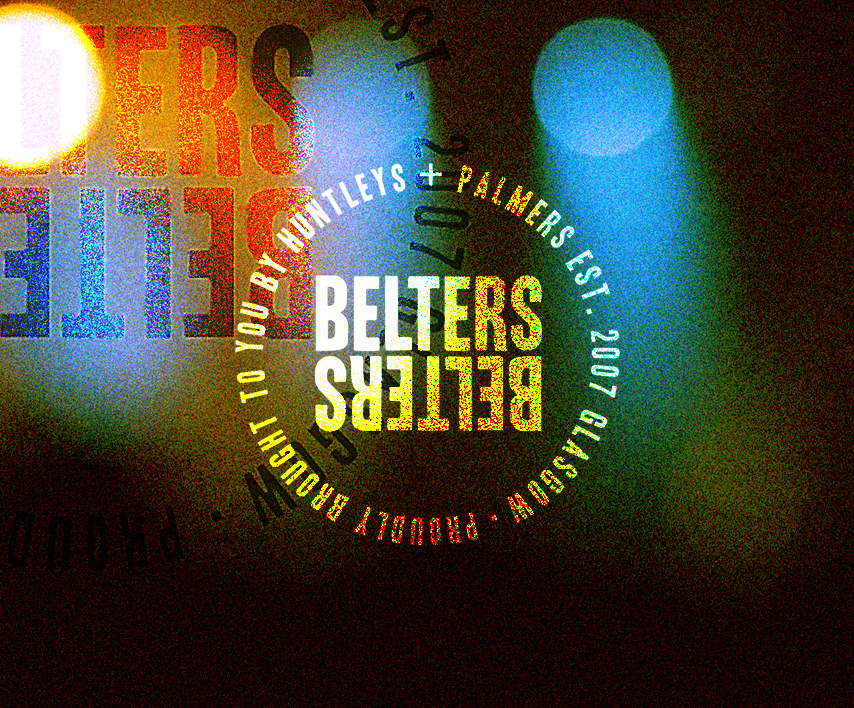 Can you give us a brief history of H + P, from its origins as a small party to becoming such a widely respected label.

“I started putting on parties in Glasgow in 2007, they were partly born out of frustration that no one was booking the artists and DJs who I was getting excited about and over time. That ethos remained throughout the 10 year span of promoting.

“Looking back, I guess the main driving force behind the bookings was my own musical discovery and I've always been propelled by new and emerging artists. So when it came to starting a label, I didn't see the point in releasing music by people who were already attached to a label and had this notion that the music would find me. One day a pal, Brian, sent me some music he'd been working on for some feedback and I think he'd hoped I'd be able to pass it on to someone else. Musically it embodied everything I was currently into at that point and I knew right away that I had to release it. Those tracks became the first Auntie Flo album, we released a few singles before then, Villalobos played the first one, it got repressed right away and we were off!”

How do you feel the landscape H + P operates within now is different to what it was in 2007. Do you think if you were to start this venture now, completely fresh, it would be able to evolve the same way as it did? Would be easier or harder?

“As I'm regularly working with new artists, I'm constantly thinking about this kind of thing. Trying to figure out ways for them to navigate their way through the industry. One thing I've definitely felt I'm doing more of is managing expectations. I think social media has increased expectations and perpetuates this glamorous lifestyle of touring, parties, festivals etc and sells the dream that with one breakthrough or hit record, you can be in the gang and doing the same. Whilst that can happen on occasion, the reality is often more of a slog.

“The current climate often feels like you just need a fashionable Instagram account and the music is secondary. I'm working on a new project at the moment and have been thinking about the entry level and it does feel like things have progressed for the better and you don't necessarily have to start promoting or a label or DJing to participate in the scene. These all help, but they felt like a requirement before.” 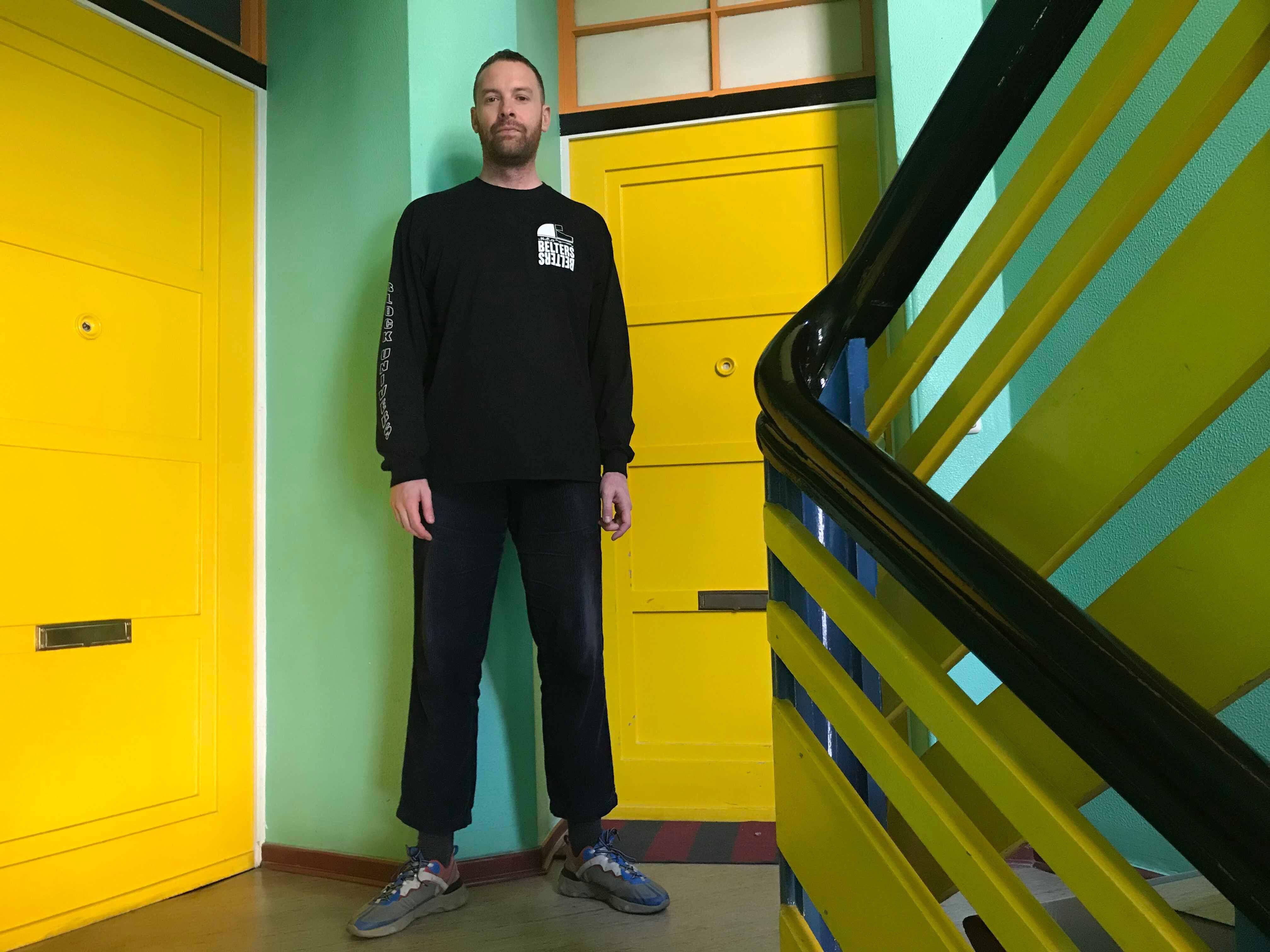 What have been some of your proudest moments with H + P, Highlife and Belters?

“The final year of H+P [as a party series] was definitely a big highlight and felt a bit like the penny dropped for a wider audience than the 'heads' - ‘This is what you've been doing for the past 10 years”. It was something I was mindful of going into the 10th anniversary celebrations.

“Many who came to the first parties have dropped off the scene and many who would be coming to the final ones would be just starting going out, so I wanted the programming to have key headliners who've meant something to the H+P story over the past 10 years, but also introduce some new and exciting faces. Probably a good way of typifying this would be the Plastic People residency which ran on Thursdays for 18 months between 2013-14. When you look at the list of everyone who played, they're all established names and would have the place packed now, but that wasn't the case back then.”

Speaking of Highlife World Series, that was such a great achievment. Can you see yourself revisiting that imprint and doing something similar, perhaps in different parts of the world?

“Yeah, never say never. Like every release, they are born out of some kind of chance encounter and owe a lot to serendipity. Nothing is planned too far in advance and we're always open to seeing what happens.”

How do you feel Glasgow’s scene has evolved around you since H + P started? Has it evolved for the better? What influence, in your opinion, do you think your labels/parties has had on the city?

“Glasgow's always had a strong scene that has operated independently to whatever is happening elsewhere. From a musical point of view, there are more producers and projects which sound closer to my own sensibilities now than any other time and I've been happy to document this in the 'Clyde Built' compilation series - available for free download on Bandcamp. There's just shy of 100 tracks made by relatively unknown names and I've no doubt that there's plenty more to follow. As far as H+P's influence goes, I guess a bunch of these artists have been down to H+P parties in the past, but it's not something I dwell on.”

What impact do you see Glasgow itself and its musical community as having had on H + P’s evolution? Do you think the label’s “Scottishness” is central to it, despite releasing music from plenty of non-Scottish folks?

“Yes and no. If anything I would say H+P was defined by going against what was happening in the city at the time and seeking to offer some kind of alternative. I was watching that BBC documentary about the early days of techno recently and had the realisation that, because Glasgow's link with Detroit was hammered home so much as I was defining my musical tastes, I kinda ignored anything related to it. Not that I didn't like the music, but it felt over indulged and lacked something that I could feel was special and personal to me.

“But Glasgow has definitely influenced how I DJ. I find it really hard to play a straight house set, for example, and will usually switch things up. Coming from Glasgow where set times are shorter, that feels normal, but playing for eight hours somewhere in Germany I realised that they're used to hearing more of a steady groove.” 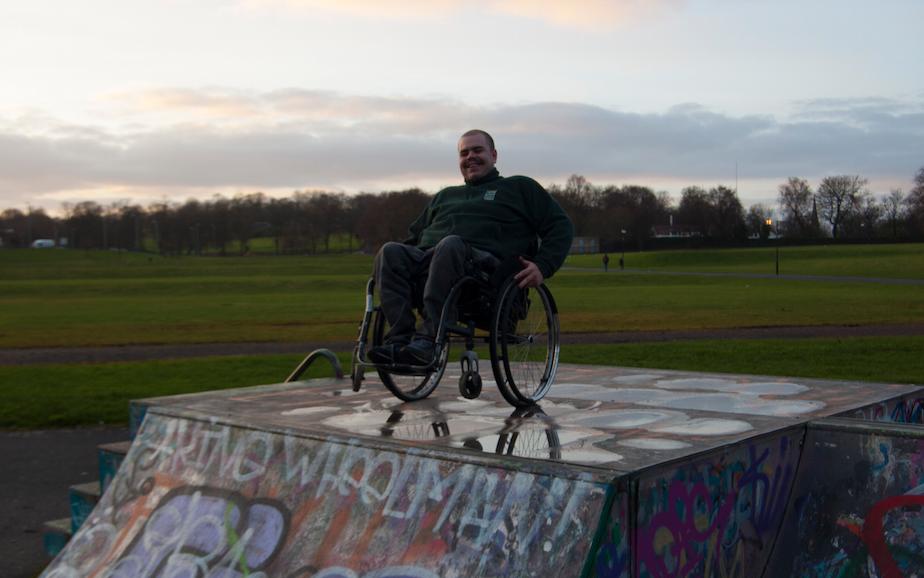 What made you launch Belters? How has it progressed since it started?

“At one point along the way, I had to set up a sub=-label (Highlife) to get round some distribution issue and subsequently realised that it was a good idea to categorise the release schedule as either Highlife or H+P Records. But I was still being sent too much good music to not release and figured out that it would be beneficial to have a label to release straight up club tracks (Belters). So H+P is now taking a bit more of a mothership kind of role and will release albums, compilations, etc while both Highlife and Belters will see to the club / international stuff and be a bit more spontaneous and flexible.”

“The mix is a Belters showcase and is made up of exclusive forthcoming stuff and the records that have came out this year by Wheelman, General Ludd, Naum Gabo, Bostro Pesopeo and Block Univers. Putting it together was a different experience to other mixes I've recorded. I think it's something to do with having a very personal attachment to the tracks and the artists themselves. Maybe the best way is to liken it to a hosting a house party where I'm the only person in the room who knows everyone and feeling mildly stressed about them all getting along. Not to suggest that it's a roster of chatless wonders, but I think you get what I mean... It has been interesting to listen back to the sum of its parts and hear that the label has more of a 'sound' than I had realised.”

What’s coming up in the future for H + P and Belters?

“Watch out for music by newer faces including Dominik Marz, Yandom, Jordan, Jemmy, Konakov, Zoé Zoe alongside some old pals - Innershades, DrumTalk and Mamacita - who all feature on the mix. I'm also working on a new album with an all time favourite producer of mine, Alex Smoke which will come out on Huntleys early next year, with a strong remix package coming out on Belters over the course of the year.”

"I haven't done something like this before, but worth a bash.. I'd like to work with more female and non-binary artists and use this opportunity as a call out to female identifying producers to send me their demos. There's lots of exciting music being made at the moment, but I haven’t heard so much that necessarily sits with the label’s output - although I’m sure it’s out there beyond my radar. So if you're making anything that remotely sounds like it would fit with the music in the below mix, this door is definitely open. Please drop me a line ~ andrew@huntleyspalmers.com"

Want more? Check out our The Sound Of... features with Mr. Bongo  and Metalheadz