CC:DISCO! steps up with an hour of uplifting and soulful dancefloor heat and chats to DJ Mag's Amy Fielding about her beginnings in rock cover bands, her first records and club experiences, and her all-inclusive party, Club Coco

“I couldn’t have had a better year in 2019 to be honest, and one good thing about isolation is reflecting on it, and knowing I lived my best life.” When DJ Mag speaks to Australian DJ Courtney Clarke, better known as CC:DISCO!, the world has come to a standstill as a result of the coronavirus pandemic. She speaks to us from her new home in Lisbon, where she had lived for just seven days before Portugal commenced its countrywide lockdown. Her sets at festivals such as Love International, Glastonbury, and KALA  2019 all seem like distant memories now. “It was quite the ride. I toured around the world for 12 months non-stop pretty much, and it really was a dream come true.”

Long before Clarke wound up behind the decks at festivals and clubs around the world, and spinning radiant mixes of disco, house and boogie on the radio, she was a fresh-faced teen playing in a rock cover band called Hazchem. The name came from signs she and her friends saw around farms in her rural hometown of Cobram, Victoria, where she spent her formative years. “We used to play at battle of the bands, farm parties, and even did a gig at a Catholic church school camp in the bush,” she recalls. “I think we were 15 then — and yes, all drunk, playing at said Catholic school camp.”

“We wrote one original song,” she continues, “and it was called ‘Kids Are People Too’. It was so good having this band in the middle of nowhere, it gave us hope and an outlet for music. Where I’m from, just finishing high school was a massive achievement. I loved playing drums, and even played for the school mass to get out of classes. I would always get in trouble because I’d just let loose and start doing drum fills for a minute, and the teacher would go troppo at me mid-church session.” 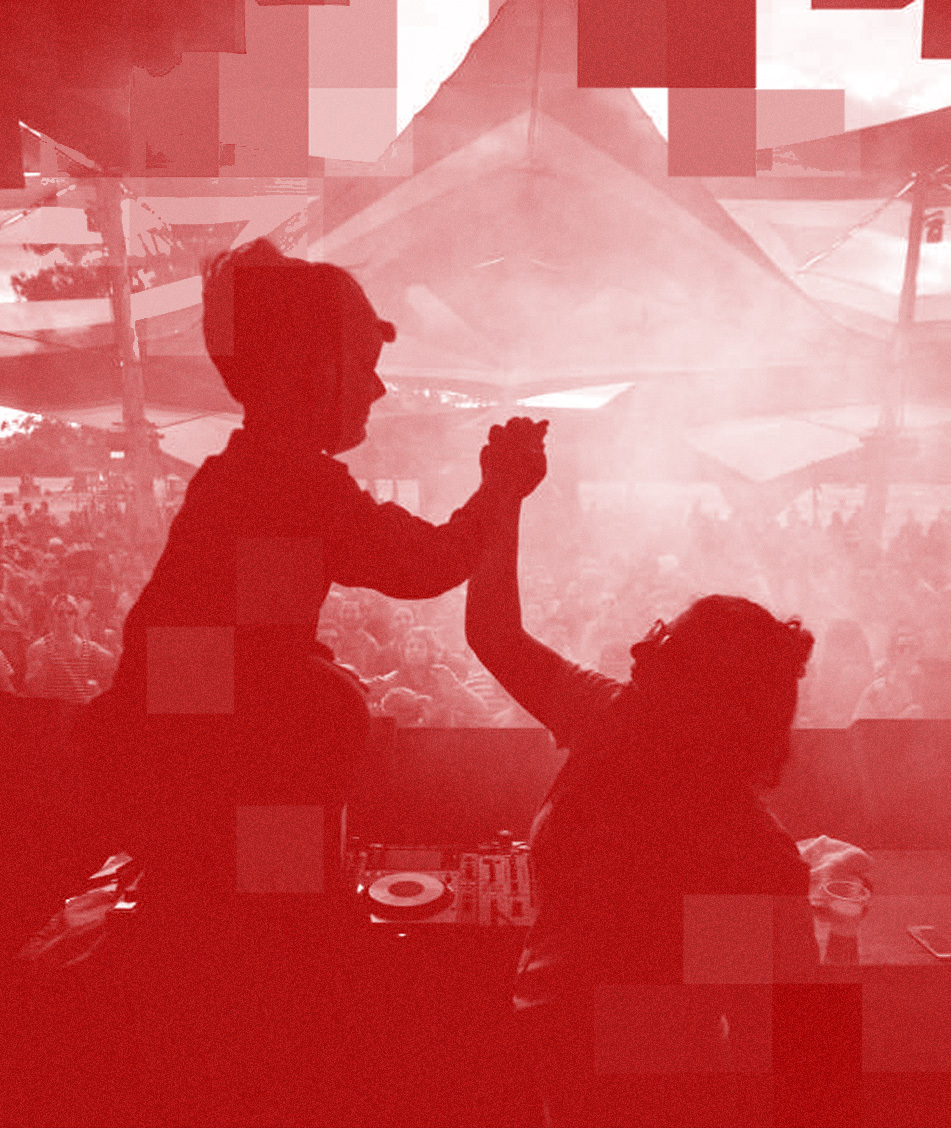 More used to rural parties where indie music was played for crowds of drunk teens around huge bonfires, Clarke’s first encounters with DJs and what they did were worlds away from the selectors she has become to used to playing alongside now. “The local pub DJ, Fred Mustica, would play things like DJ Alligator’s ‘Blow My Whistle’, DJ Jean’s ‘The Launch’ and then go into something like Bon Jovi, it was fun to even be able to dance though.”

Clarke’s first real clubbing experience was when she left Cobram to go to university. She went to catch Australian duo Itch-E and Scratch-E at the student bar, and, when they played their hit ‘Sweetness & Light’, a breaksy techno rework of Lush’s shoegaze track of the same name, everything changed. “You can imagine what happened to my brain when that song came on,” she says. “My underage, 17-year-old, curious mind exploded.”

“Something to also mention is that I [had come] from a nightlife scene that, from 1AM, everyone would just punch on,” she continues, recalling fights between “rednecks” and Italians breaking out like clockwork, every Friday night. “Going from that to people telling you they love you, and this music. My life changed forever from that night. Thank you Andy Rantzen and Paul Mac of Itch-E and Scratch-E.”

Clarke bought her first records from an Internet cafe back in Cobram. Purchases included Kylie Minogue’s ‘Confide In Me’, Janet Jackson’s ‘That’s The Way Love Goes’ and Shapeshifter’s ‘Lola’s Theme’ – along with cuts from Tears for Fears and Womack & Womack. As Clarke’s passion for music and club culture grew, so did her record collection and knack for mixing. She even remembers the records she played in her first DJ set: Patrice Rushen, Frankie Knuckles, Hercules & Love Affair. “I actually snuck in ‘My Neck, My Back’ too,” she remembers. “What a tune though!” 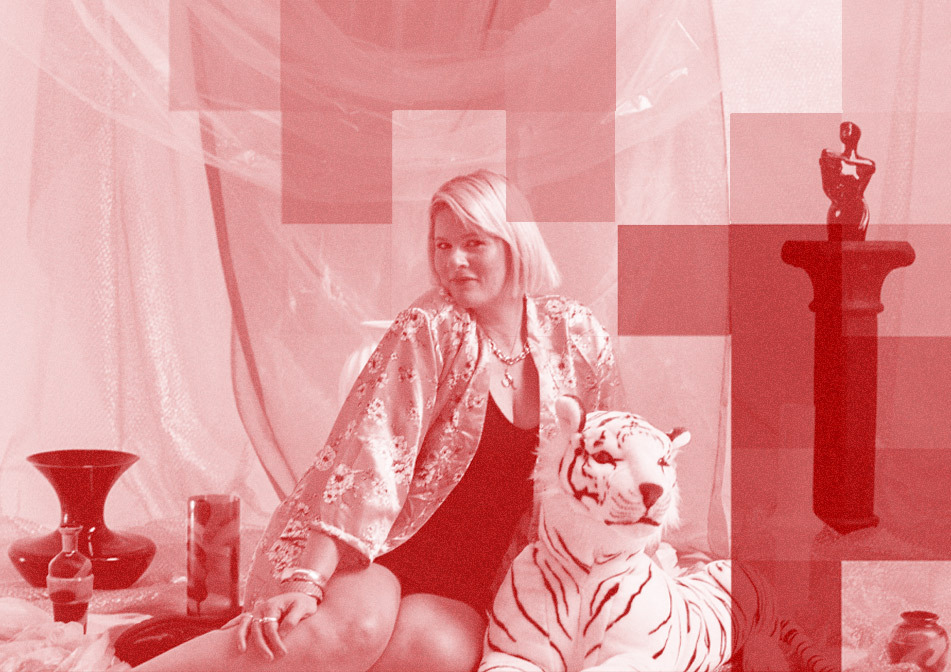 It wasn’t until she met her agent, and now manager, Sam Perovich, that she considered DJing as a viable career path. “I was working full time at universities in marketing and events,” she says. “It was only around four years ago that I did go into DJing full-time. I never had any intention of it being a job, ever. I just loved it so much, I would play anything and everything - because it’s fun.”

When DJing, Clarke moves fluidly from genre to genre, playing uplifting, percussive sounds from around the world, with a unifying thread of soul and good vibes. Simply put, she plays the music she loves that makes her feel good. It’s something that’s been transferred joyously into her party, Club Coco, which has hosted sets from the likes of of Rahaan, Rich Medina, John Gomez and Mark Grusan. “Club Coco is a place for everyone who’s a nerd, who loves music, a place where they can just lose their minds for a night, and make some new friends,” she says. “I really love the crowd at my parties. [They are] so loving, and from all walks of life, ages etc. I guess like attracts like when it comes to crowds, and I’m just a massive nerd who loves to dance and party too.”

While spending her summer in Lisbon, Clarke is keeping up her monthly slot on Rinse FM going from isolation. She has hosted artists such as Alberto Vieria and NTS affiliate Toshiki Ohta in recent months, and will broadcast guest mixes from Barbra Boeing and Ivan Berko before 2020 is out. Aside from Rinse, Clarke is keeping aligned with her positive side. “I’m staying at home,” she says. “I moved to Lisbon at the beginning of lockdown, and a lot can happen in seven days I tell ya. But I’m focusing on work and staying healthy. I’ll keep learning Portugese too, of course.”

Club Coco was set to make its debut at London’s Corsica Studio earlier this year, hosting Running Back affiliate Tornado Wallace, Mystic Jungle, and NTS favourite Charlie Bones. Clarke was also slated for a return to Annie Mac's Lost And Found in Malta. With both of these events unforunately cancelled, and so much uncertainty in the air about when we can get back to the dancefloor, CC:DISCO's On Cue mix instead brings her feel-good sound to our living rooms. Over an hour, she keeps things strictly dancefloor-orientated, and channels the elevating energy of her club and festival sets. "I decided to just go in on this," she says. "I was feeling really overwhelmed when making it and just went straight to the dancefloor vibes. There’s plenty of mixes of slow stuff out there that I do but this is filled with tunes that peep me up and have lyrics that mean something right now. Stay home, chuck it on, and have house dance to it. I hope it makes you forget the world outside for an hour."

Check out CC:DISCO's On Cue mix below.