Shiken Hanzo has quietly been making a lot of noise for the past five years. Not one to seek out the spotlight (this is his first interview), his consistent output of thundering, entrancing drum & bass has been the thing turning heads. Obsidian beats, shrouded in smoky atmospherics and cosmic ether; earning him spots on Samurai Music and Repertoire, while his own Hojo Clan outlet has been a consistent source of murky rumblings too.

Over time, his sound has shifted and transformed — the d&b framework dissipating more and more to reveal techno-esque journeys through cinematic expanses. Next month sees the release of Hanzo’s album ‘Fate Worlds’ on Inperspective Records; a body of work that steps further than ever from his junglist beginnings and lays down a definitive vision of where his ambitions lie.

Raised by a Nigerian mother and Jamaican father, Hanzo found early influence in African percussion and reggae, before catching the d&b bug via the likes of Ed Rush & Optical as a teen. He began making music on an Amiga, but didn’t stick with it. After a decade or more away, he returned to production in the early 2010s, inspired by hearing Kryptic Minds on Youngsta’s radio show — “it had that drum & bass darkness, but at a slower tempo”. From there he got into the likes of Loxy, UVB-76 and Samurai Music, all staples of the shadowy halftime d&b sound that Hanzo has become most associated with. 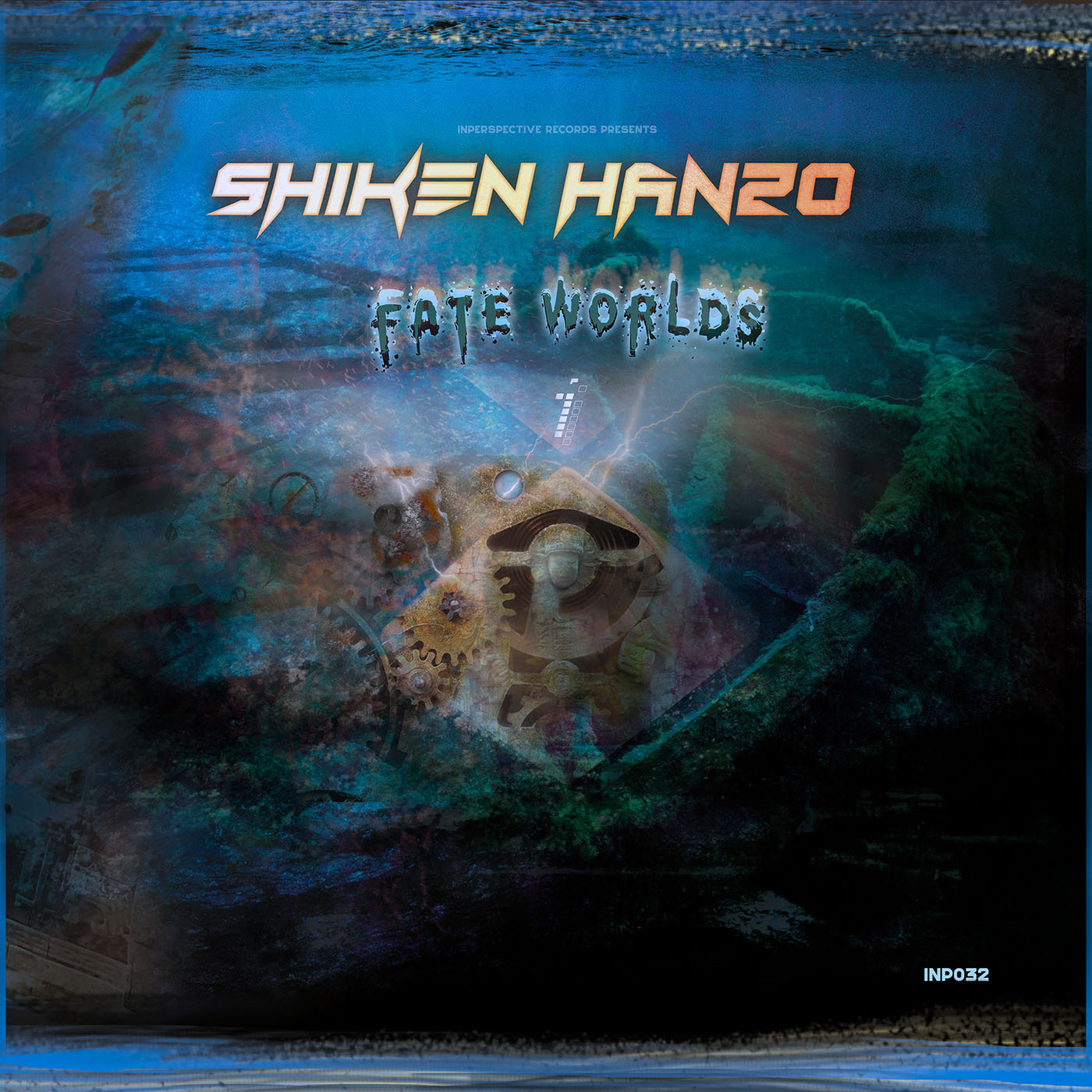 Admittedly not a clubber, Hanzo’s music reflects a life listening to music on headphones — while it can rattle a soundsystem with the best of them, it’s equally made for losing yourself at home or while travelling. He tells us about his deep interest in film music — an area he aims to get into — naming the likes of legendary composer Hans Zimmer and Ludwig Göransson, who scored The Mandalorian series, as particular inspirations. This, along with the experimental techno of German producer Oake, and being given total creative freedom by label boss Chris Inperspective, has fuelled the evolution of Hanzo’s sound on ‘Fate Worlds’.

He challenged himself to write at slower tempos, which in turn encouraged him to experiment with more outlandish beat patterns, song structures and track lengths. But what links the lumbering 125bpm pulse of ‘Omega Level’, two-minute psychedelic ritual of closer ‘The 27 Dead Apostle’, swirling drone of ‘Spirits Are Gods’ and junglist maelstrom that is ‘Taoist Elements’ is a cohesive mystical vibe and captivating sense of story. “I wanted to make an album where you listen to it from the start and it’s like a movie,” he says, “taking you to different places.”

Hanzo’s aim is always to progress. “When I make music I always say I don’t want to be doing the same thing tomorrow as I did today,” he says, explaining that sometimes needing to fit a label’s established audience can be restrictive. Linking up with Inperspective has changed that.

“When people ask me what I make I say drum & bass — it’s not even really drum & bass, but I dunno what else to call it,” he laughs. “If I say techno, it’s not that. I dunno what it is, but that’s definitely the path I’m going towards.”

In the future, Hanzo hopes to be known just as an electronic music producer, rather than someone associated with any single genre. “It’s always a risk, ‘cause the people that supported you [early on] might be like, ‘Oh, I’m not sure about this’. But as a producer that’s the choice I’ve made and that’s where I’m going,” he says with confidence. “Once people hear this album, I feel like I can do whatever I want.”