When DJ Mag was asked to curate two stages for Groovefest in 2015, we almost did a wee in our pants. A week in an inclusive five-star resort in the Caribbean where Dennis Ferrer, Bobby & Steve and Sam Divine play every time, this year we find ourselves in exceptional company.

Mobilee, Egg LDN, Defected, Area 10, Objektivity and Trust are just a few of the brands added into the mix this year, so it’s an honour to be entrusted with the task of opening the curtains on the week’s proceedings with a pool party on the Sunday.

After a nine-hour flight via JFK and a two-hour drive from Santiago airport we reach our destination, and the sign on the front gate — Lifestyle Holidays Vacation Club — says it all. However, this holiday has a very special twist.

For three years now, Groovefest have been putting the ‘Club’ into this ‘Holiday Vacation’. Usually the stepping ground for wealthy American couples and families, this year it’s attracting 600 or so house fans (200 more than last year) — mostly from London and its surrounding areas — to party on the beach, eat free food, drive around on golf buggies and quaff down as many cocktails as humanly possible. 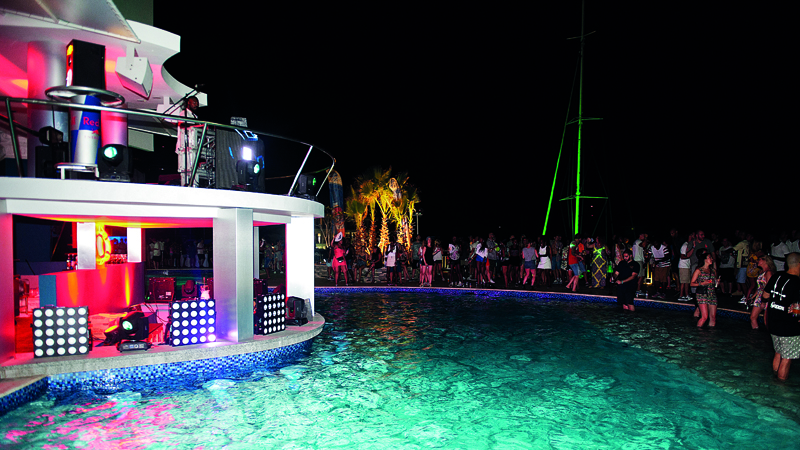 Housed in luxury villas and apartments, a typical day for attendees at Groovefest consists of a few beers by the pool, floating on lilos and relaxing before heading to the VIP beach, where house greats like Dennis Ferrer, DJ Pierre and MK bring sunshine beats while people stomp on the sand in 35-degree heat, lie on cabanas or cool off in jacuzzis.

The opening event, however, is our pool party with Kölsch and Hector Couto after dinner at one of the multiple restaurants and buffets on location. Perched under palm trees on an island in the middle of an aqua-blue swimming pool dotted with luminous balloons, the DJs bust out robust beats on a meaty soundsystem to a congregation getting down around the sides.

The intensity of the dancefloor might be slightly dampened by water in between, but that doesn’t prevent the sound of Kings Of Tomorrow from stirring a sing-a-along during Kölsch’s set while crowds take advantage of the free bar.

The following night, it’s Green Velvet’s turn to crank up the heat after another day at the beach. ‘Bigger Than Prince’, 'Shake & Pop' and ‘Percolator’ are just three classics that get outings by the pool, before DJ Mag find ourselves spinning after-hour grooves at one of the villa parties taking place.

It’s there that the Groovefest collective get to rub shoulders with the artists who DJ in an intimate — albeit high-end — house party environment. Tonight, it’s Madtech’s Kashii who makes a guest appearance, while tomorrow it’s Skream, who pops over straight from his flight. 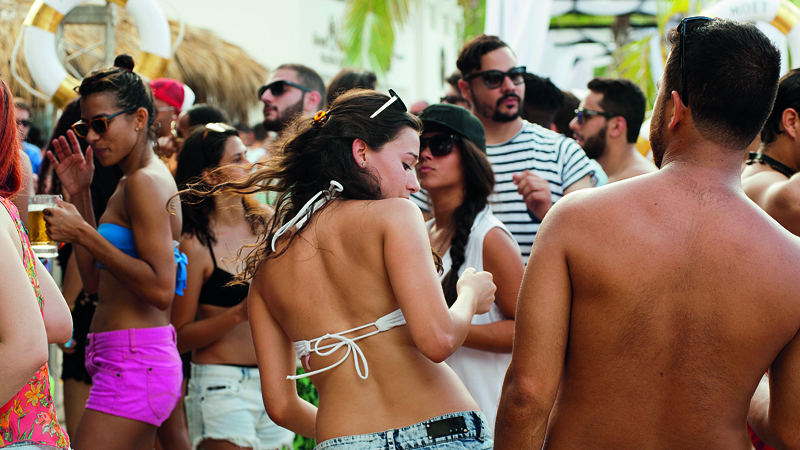 Following that, there’s a full day and night of programming at the beach and a party at the Coliseum — a large, circular auditorium for cabarets and show tunes. It's hosted by Mobilee, with Anja Schneider and Rodriguez Jr on Wednesday, plus there are boat parties and open-air dance locations on offer later in the week.

By midweek, consecutive days and nights drinking in tropical heat takes its toll, but thankfully the resort is the perfect place to unwind and detox. If the relentless beats become too much, there’s plenty of opportunity to escape by trying a litany of watersports, play tennis or enjoy spa activities. There’s even the chance to visit Sea World next door, where a party even takes place.

In general, the accommodation is outstanding — a different class to glamping in a field or a chalet at Butlins — even if the occasionally lousy service is what you’d expect from the Caribbean. But who are we to complain when our fridge is stocked up with beer at the start of each day and our maid is on hand to cook breakfast at our villa at 10am on the dot each day?

This is a fully decked-out holiday experience with an expert booking policy stacked with utterly appropriate house music, an amicable crowd that’s continually growing, and all for the same amount spent on a week in Ibiza.

Perhaps a couple of hundred short of numbers to consistently sustain a full week of daily events — on the whole, parties are well attended but a few more wouldn’t hurt — Groovefest is still finding its groove. But not far off perfection! 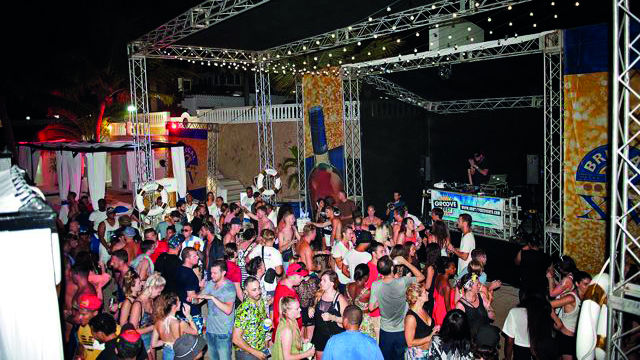