Stef and Alex met on the London clubbing circuit — both were resident DJs and both had an inkling to get in the studio. “I guess you form chemistries with people when you work together and things kicked off really quickly,” Stef says.

Next month is a hefty one for the Tough Love duo, who start the fifth anniversary celebrations of their burgeoning label Get Twisted. After playing our DJ Mag Sessions at Starworks, Wolverhampton, on 28th May, they’re taking over Egg London on 2nd June, and you can catch them at Eden Ibiza on 23rd June.

“The label has been going from strength to strength, it’s been doing really well, we’re looking forward to the next five years,” Stef (he’s the one on the left) tells us. Taking a hands-on approach to nurturing talent they’ve worked closely with the likes of Hannah Wants, Full Crate, LOVRA and LiTek. “We’ve picked up some great acts and we’ve got some great up and coming acts as well,” Stef tells DJ Mag.

And then there’s the start of the release of their debut album, ‘Past, Present & Future’, which will be coming in three parts. “Because of streaming nowadays albums kind of feel a little bit redundant, so we’re experimenting a little bit by doing four tracks on three EPs,” Stef explains. The full release will be rounded up with a tasty bundle of added tracks, and will naturally include their awesome single, ‘Like A Drug’.

Stef: “I’ll probably go all the way back to Adam & The Ants ‘Stand And Deliver’ — that would be the first record that I remember. I’ve got an older brother, so I was influenced a lot by some of his musical taste. I just remember seeing the Adam Ant video and how crazy he came across, and me and my older brother would run around the house singing the record, pretending to be Adam Ant. I think my dad was a fan, so I think it trickled down to us at the time.”

Stef: “I was fortunate to buy a bunch of records, to be fair. I ended up getting a box of records that someone was selling, so there wasn’t one record out of there that you could say I remember from my first selection. It was a bit of house, a bit of garage, some drum & bass, some of the old American house tracks. It was a random box that I managed to get.

“One record I do remember was the first picture disc that I got, it was a track called ‘Burning’ by the Anthill Mob. They did 500 limited press of these 10-inch picture discs, and I remember getting that and thinking, ‘Wow, that’s amazing’. I remember having it stolen as well — I was devastated.”

What do you listen to that isn’t dance music?

Stef: “Everything across the board. We try not to pigeon-hole the music we make or listen to. We like music in general from ballads to rock to pop to r&b, house, garage — everything. I suppose we have music on one way or another. If it’s not in the car it’ll be on the phone, or it’s when we’re playing sets out — music’s always on wherever we are.” 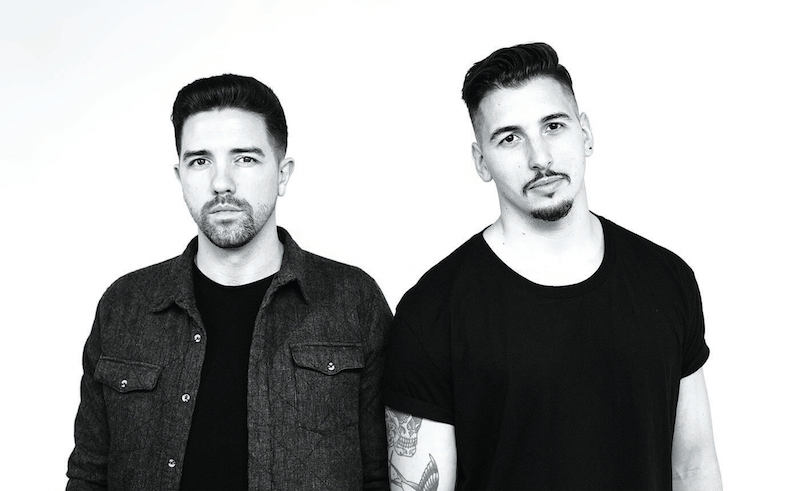 Stef: “[laughs] That’s a difficult one. I think Luther Vandross ‘Dance With My Father’, that’s a big record. It’s just the meaning of it, and my dad likes it too. I’m close with all my family really, both parents, and I’ve got an older brother and a younger brother — we’re a close, tight-knit Irish family. Music’s always been a part of my family — my mum’s sung, my dad sings as well. My older brother and I started DJing from really young. So there’s always been music involved.”

Stef: “I’d have to check a bunch of vinyls that I’ve got, and my dad passed down his vinyl as well. He had a John Holt ‘One Thousand Volts Of Holt’ album on vinyl, it’s an old reggae album. That’s another one that reminds me of him. He gave them to me and I’ve got a lot of records in storage at the moment, they’re really hard to part with. I don’t really buy them anymore, the digital era took over and it’s just so much easier to carry around a USB now.”

Stef: “That is the hardest question ever. Probably Seal ‘Kiss From A Rose’, my wedding song. It’s just one of those records, it grabs you when you first hear it. And I remember it being associated with the Batman movie, but it never was the Batman song for me. I really liked the record as it was.”