Black Coffee, Culoe De Song, Da Capo and Salome are streaming from a secret location — announced on the day — on Sunday 20th August, and you can watch via DJ Mag's Facebook and DJ Mag TV.

South African DJ and producer Black Coffee began his first ever Ibiza residency this summer taking over Saturday's at 'Hi Ibiza' from the 3rd of June to 30th September. The house maestro has gone from strength to strength this summer, and will be ending his tour playing across Croatia, Berlin and New York. Find out more about his 'Hi Ibiza' dates here: https://www.hiibiza.com/en/2017/black-coffee. Streaming alongside Black Coffee are fellow

House is huge in South Africa and Black Coffee is one of the heroes of the scene, with the likes of Black Motion, DJ Protoculture, Culoe de Song, among others, following in his footsteps.

Tune in at 18:00 Ibiza time and 17:00 UK time, watch here at https://www.facebook.com/djmagazine/, https://www.youtube.com/user/djmagtv 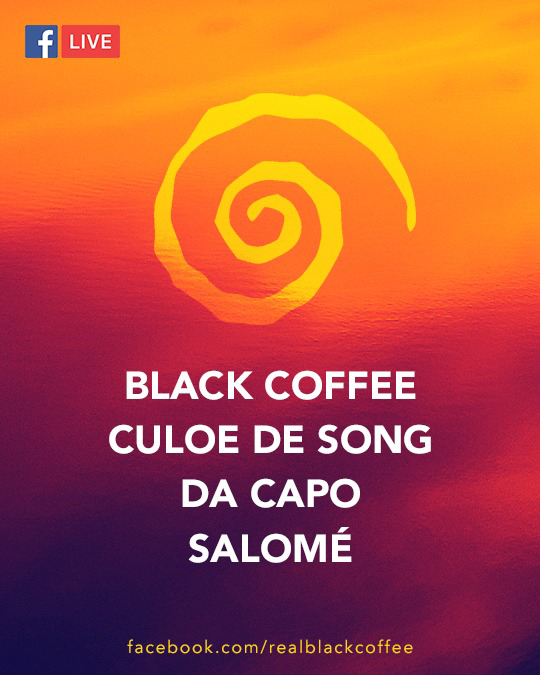