2019’s best compilations celebrated innovative styles and fusions from across the globe, as well as some of underground dance music’s formative sounds. Below, you'll find the 25 comps we had on rotation all year

As styles and sounds establish themselves in the ever-expanding electronic and dance music landscape, there are few better crash courses than a good compilation. In 2019, as music from the Global South became more and more prominent in the dance music zeitgeist, often merging with more widely familiar club genres, the joy of hearing some of the very best representations of breakthrough styles cannot be understated. This year saw a number of thrilling comps emerging from across the world, bringing us up to speed with dance music’s most exciting developments of the past few years.

Not only that, but numerous compilations released this year also allowed young listeners, and seasoned ravers, to discover (or relive) formative strands of underground dance music. From radiant, sensuous disco and the breaksy grooves of the ‘90s Midwest rave scene, to legendary jungle and hardcore, compilations in 2019 helped provide context for a number of sounds that have recently reclaimed their rightful place at the helm of our scene.

Not only that, but there were also plenty of sheer stormers this year in the compilations/mixtapes camp, from dancefloor driven trips to chilled-out soothers for the after-party.

The second compilation from the New York label/party series, Worst Behavior — founded by Anna Morgan and Bell Curve — follows a year on from their debut release. Its ten tracks explore hybrid bass sounds from artists including A.Fruit, DJ Madd, Nikes and Sharawi, whilst part of its proceeds go towards the Eden Reforestation charity. Rob McCallum 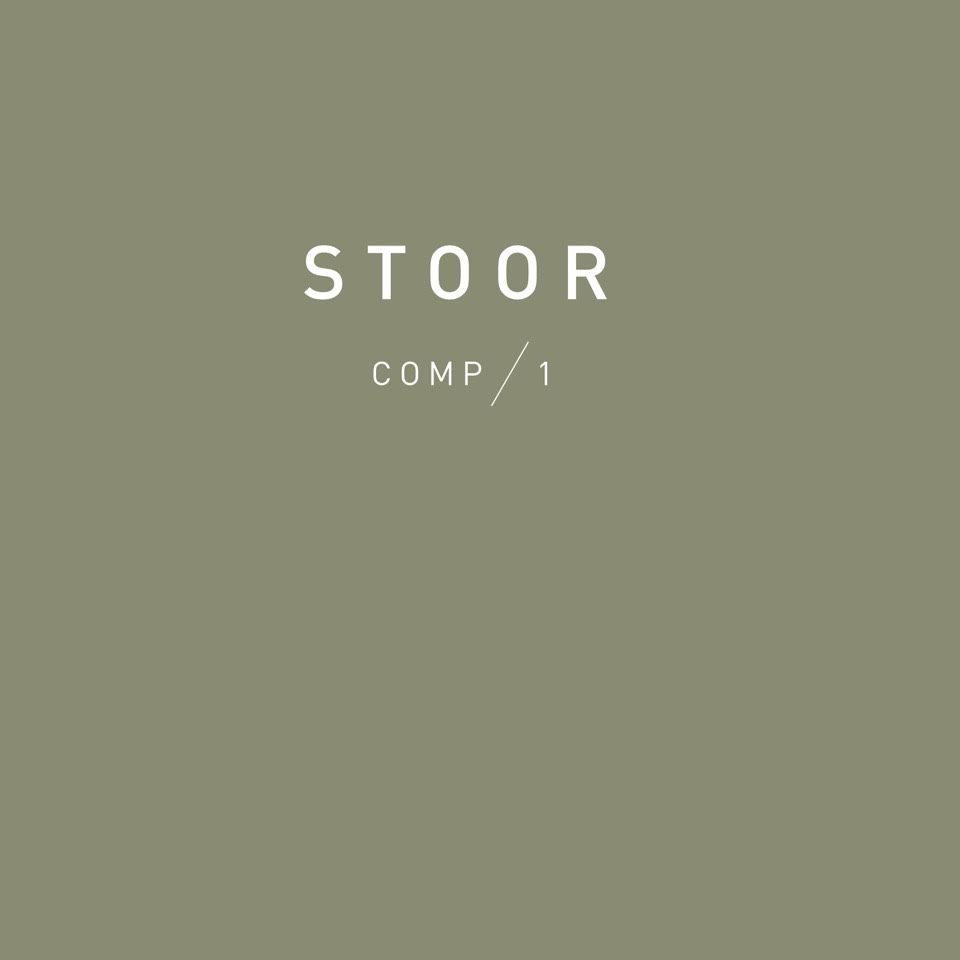 What’s the best way to celebrate a label that so deftly takes classic jungle and drum & bass sounds and repurposes them for the modern scene? Take a bunch of that label’s old tracks and remix them, of course. Featuring a massive deconstruction from Dead Man’s Chest that’s been going off in the clubs, plus tracks from established heads like Double O and rising stars like Eusebeia, this comp offers a neat cutaway of the current jungle sphere. Ben Hindle

The Autonomic sound made something of a comeback in 2019 and the None60 camp put out some of the best examples. Reminiscent of Exit Records’ groundbreaking ‘Mosaic’ comps, this collection brought together sublime tracks of unearthly depth from Lewis James, Dominic Ridgeway and Jaskin & Uneven, and along with a few snappy club tracks, made for an enjoyably varied but keenly emotive listen. Ben Hindle

21
Nightmares On Wax 'Back To Mine'

With soulful hip-hop, sultry neo-R&B and smoked-out selections, Leeds’ Nightmares On Wax compiled a funk-infused library of tracks on ‘Back To Mine’. Alongside contributions from Children of Zeus, Dim Zach, and Creative Principle, the DJ/producer’s selections step away from the club-driven intent of previous efforts in the series, from the likes of Audio Bullys, Carl Cox, and the Prodigy’s Liam Howlett, encompassing tracks of a more blissed-out, sun-soaked nature. Amy Fielding

Manchester producer Claro Intelecto has garnered a reputation in the UK underground for his subterranean techno. The two volumes of ‘In Vitro’ collects his work since 2003 for the first time. ‘Peace Of Mind (Electrosoul)’ is a neat encapsulation: cascading bells and chords bolt onto a tough electro-funk carriage, combining emotional substance with club nous; other tracks explore leagues-deep techno and shell down acid electro fusillade. A great introduction to a seasoned artist. Ben Murphy

Digital is one of drum & bass’ all-time great producers, and his Function label is a treasure trove of industrial-strength tracks by himself and others. ‘Shadows’ marks the imprint’s 50th release and presents a bunch of cuts from the likes of Trace, Calibre & Jet Li, and Klute — the crowning glory of which has to be Kiljoy’s juggernaut ‘Ghosts Of Old’, with its immediately recognisable stabs and relentless drums. Here’s to the next 50. Ben Hindle

The much-anticipated follow up to 'Outro Tempo I' picks up where the 2017 compilation left off, exploring the outer edges of electronic and contemporary music from Brazil between 1984 and 1996. The twenty tracks — which meld pop with the avant garde — were again compiled by Madrid-born London-based digger John Gómez. Simply sublime. Rob McCallum

Floating Points, AKA UK artist Sam Shepherd, joined the likes of Bonobo, Four Tet, Nils Frahm, and a host of other esteemed selectors in the Late Night Tales series this year. With tracks plucked from the pool of global soul, ambient, jazz and folk, and three exclusive tracks; 'Untitled, live in Portland' by Sarah Davachi, 'Toshimaru Nakamura's 'Nimb#59' and Floating Points' own 'The Sweet Time Suite, Part 1— Opening (Kenny Wheeler cover version)', the compilation oozes warmth and softness, giving insight into Shepherd's selections while away from the booth. Amy Fielding

South African DJ and producer Esa Williams’ Amandla compilation features a broad spectrum of sounds inspired by “the immense power that music had in resisting oppression and division”, during the final days of Apartheid. The tracks land everywhere on the global electronic spectrum, from afro-futurism to Bacardi House, with a snare-heavy standout courtesy of the latter's genre pioneer, DJ Spoko. Amy Fielding

Kicking off this year’s DJ-Kicks compilations, Leon Vynhall carefully plucked tracks from across the electronic spectrum for one of 2019’s most enticing compilations. Rather than slick techno blends and seamless transitions, Vynehall pairs abstract house with flashes of everything from Japanese ambient to IDM, and UK bass club tracks like Ploy’s ‘Pressure’ and Peach's high-octane 'Faxing Jupiter'. Amy Fielding

The third compilation from TSVI and Wallwork’s Nervous Horizon, this release saw the label introduce new artists Tzusing, object blue, Chevel and Ehua, alongside label regulars including DJ JM and DJ Plead. The package presents exactly what the label has become so incredibly strong at as it approaches its fifth year, distilling global club sounds from all corners of the world into a coherent body of work. Rob McCallum

A compilation that is both hugely entertaining and educational, ’30 Years...’ joins the dots from acid house (‘The Morning After’) and techno (‘Technarchy’) through formative jungle (‘Just 4 U London’, ‘Champion Sound’) and hardcore (‘Ephemeral’), telling the story of how an entire sound was born, and clarifying that everything is indeed connected. Martin Guttridge-Hewitt

The ‘Turbo’ sound Fracture is pushing has been one of the most exciting elements of the 160/drum & bass throughout 2019, and if you don’t know what that is — look no further than this compilation. Electro and acid at 160 beats per minute, sometimes as four-to-the-floor, sometimes as halftime, always ready to tear a dancefloor apart. This stuff S-L-A-P-S, slaps! Ben Hindle

Appointed by UN Women to curate a compilation on behalf of HeForShe, a company committed to global gender equality, London-based record label femme culture delivered their second compilation of experimental productions at the start of the year. From veteran UK DJ and producer Lone and Glasgow's Nightwave, to Local Action affiliates Mr. Mitch and India Jordan, the compilation traverses genres effortlessly, skipping between ambient soundscapes and club-ready heaters. Amy Fielding

This release from Nyege Nyege Tapes follows the Otim Alpha retrospective 'Gulu City Anthems' and Langi Griot Ekuka’s debut release in representing the music of Africa's Luo people. The compilation explores the heyday of electronic acholi, made up of 15-tracks recorded in studios across Northern Uganda between 2003 and 2008. Rob McCallum

There’s a mercurial quality to Laurel Halo’s music. From album to album she flits from shadowy, fragmented techno into glimmering ambient tapestries and psychedelic electronics. Unsurprisingly, her DJ-Kicks mix unfolds with the same, subtle sense of flux. Opening with the eerie, disintegrating pianos of her own ‘Public Art’, the ensuing hour sees her swerving effortlessly from foggy EBM and swirling techno into the populsive spheres of Gqom, UK bass and broken beat. It’s a masterclass in how to make off-kilter club sounds feel totally fluid and free. Eoin Murray

5
PDA 'PDA Compilation Volume 1: And The Beat Goes On'

Marking its sixth anniversary, and the end of its regular event series, beloved east London party PDA’s ‘And The Beat Goes On’ charity compilation is a testament to the “allegedly legendary club night”. Full of radiant club tracks, spanning techno, R&B, experimental dancehall, vogue, pop, spoken vocal snippets and more, it features a stellar range of contributions from former guests and performers at the party, which created a vital, freeing space for London’s queer and non-binary POC community. Eoin Murray

In an interview with DJ Mag, Powder explained that her Beats In Space mix CD “specifically tried to capture the rich musical experience of a good dancefloor”. From the thunderous bass growls and cascading melodies of original cuts ‘New Tribe’ and ‘Gift’, to the deep groove mutations, ambient gems and ecstatic house cuts of Tornado Wallace, Lord Of The Isles, Acid Pauli and Don’t DJ, ‘Powder In Space’ is a testament to her mesmerising technique. Eoin Murray

A neat retrospective of Yokota’s bright, brittle, beautifully clear house grooves – some nicely dated dub house disco tracks (‘Night Drive’ and ‘Timeless’ being particular highlights) rubbing up against more propulsive newer tracks. If you’re new to one of Japan’s unsung heroes of house, this is all the Yokota you need. Neil Kulkarni

A mixtape in the purest sense, Eris Drew weaves together various gems and record bag oddities. There’s uplifting house plucked straight from the ’90s, disco-infused bangers and ravier scenes like Rhythm on the Loose’s euphoric ‘Break of Dawn’, with big, chunky breaks galore. She gets playful with what’s there, but never at the expense of the tunes or the overall mood, making for an energised mix. Tristan Parker

A sublime celebration of one of the 20th century’s most unsung musical heroes, ‘Mechanical Fantasy Box’ brings together both the club-oriented and experimental sides of the late, great hi-NRG pioneer Patrick Cowley. Lovingly put together by Dark Entries boss Josh Cheon (who again confirms his place as one of the world’s greatest diggers), the full package includes incredibly in-depth liner notes, a faithful copy of Cowley’s homoerotic diary and more, giving a insight into the life of genius that few could ever hope for. Ben Hindle

Want more? Check out our top 50 albums and tracks of 2019  and our 100 albums that defined the decade