Miami’s nightlife is known for megaclubs with luxe environments. When Miami Beach’s LIV celebrated its 10th anniversary in 2017, a $10 million renovation of the venue included a robotically controlled chandelier, designed to move to the music. With a tandem focus on celebrity, too, many feel that Miami’s more commercial clubs risk marginalising diverse groups of party-goers. If you dig deeper, though, renegade crews are working to grow underground club culture in the city. (F)empower, Internet Friends, Vie Boheme, and Portals Miami are some of those crews, focusing on parties for minorities, and queer and gender non-conforming people.

“Once you’ve made it past the rude door staff - who decide who is able to enter the club, based on what you look like and what you’re wearing - you encounter expensive drinks, flashy bottle service, VIP, and rooms filled with majority cis, white men,” says DJ and (F)empower member, Ashley Venom. “Miami on a whole is very big on sexualising women for the profit,” agrees Gami, a DJ and promoter. “The club will hire femme bartenders and go-go dancers, but there are few femmes DJing at these venues.”

Gami started Internet Friends in 2017. She saw a lack of safe, friendly parties for femme and trans guests, and wanted to bring more diversity to the wider club scene. In June, Internet Friends hosted their second Versus, a femme-friendly, back-to-back DJ battle. Versus took place at cavernous downtown venue The Ground, which Gami described as a having a typically ‘bro scene’. “The Florida scene is very male dominated, as any part of the music industry is,” Gami explains. “You see the same men on line-ups over and over again... so we’re happy to bring something new to the venue.”

The battle hosted gender non-confirming artists from across Florida: Gia vs. Gami, Sally Hunter vs. Keanu Orange, DJane vs. Pam Jones and Eveava vs. Ms.Mada. The Versus format pairs up DJs who have never met before the event, challenging them to improvise and step outside of their musical comfort zones. Techno, house, hip-hop, Baltimore club, electro, trance, and disco were all spun on the night.

Gami takes pride in Versus serving as a platform to showcase new talent. “Every Versus is different, you’ll always see new girls popping up to do their thing,” she explains. “We curate a sisterhood of DJs who become friends and it strengthens our community.” Despite the battle element of the event, though, no artist is crowned “queen”. “The winner is the music,” Gami beams. “The winner is the party... We’re experiencing a renaissance of underground music in Miami that we haven’t had in a while. We’re inviting, and we attend each other’s events. We’re growing the scene together.”

(F)empower is an artist collective and non profit organization that launched their monthly party, Masisi, in May. Masisi, which means gay in Creole, is a queer diasporic party devoted to empowerment - and sweating it out on the dancefloor. “We wanted to create a safe space for queer black and brown folks in our city to express themselves,” says Venom, who is Haitian-Bolivian, “one where respect, consent, acceptance, love, self exploration, and freedom are at the forefront. It’s a political act - as many things we do are.” 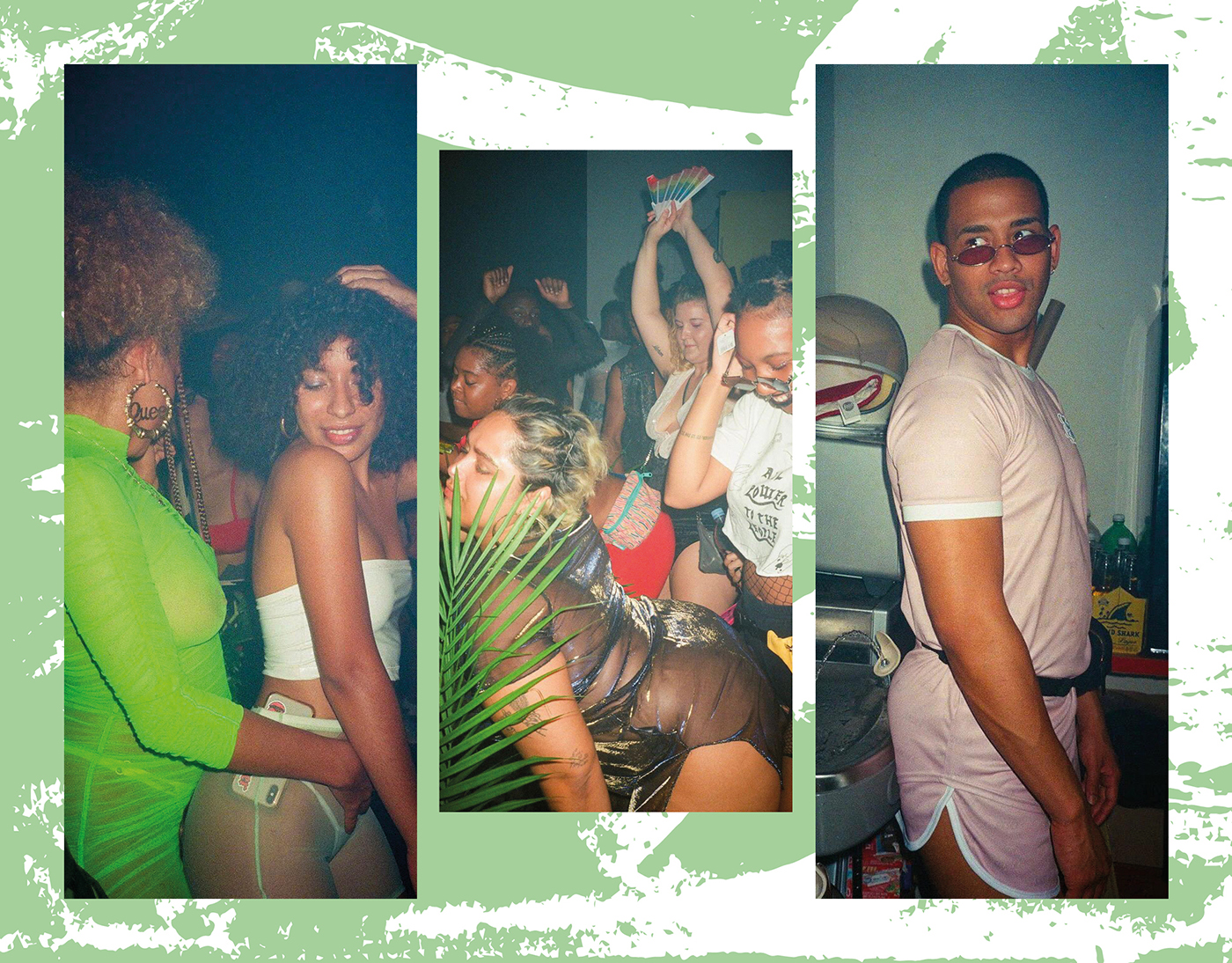 “Miami needs to infuse more art and culture into the nightlife. The sole motivation behind going out shouldn’t be just to get wasted… we’re bringing a unique perspective that doesn’t follow any of the expected paths in an oversaturated scene.”

Masisi is a melting pot of sounds. Puerto Rican DJ Xiorro, local Cuban-Brazilian DJ Loka, and Venom play classic US club music (techno, house, hip-hop, and electro) along with Afro, Latin and Carribean styles (reggaeton and dancehall). As the night rolls on, Soul Train-esque dance lines move through the crowd. Each party focuses on a central theme, like INFERNO and Dancehall Queen, and attendees are encouraged to dress accordingly.

“So much of our time is spent assimilating to what we think society wants us to be,” Ashley explains. “At Masisi, we want people to break free from those thoughts and show up as themselves by exploring what it means to be unapologetically you. Our goal is to create a space where queer black and brown people feel safe and secure in their bodies, where everyone is accepted and open to exploring themselves, and of course, we want everyone to feel beautiful.”

Portals Miami was started by four dancers. Eskewing the typical Miami aesthetics of big room beats and shock value productions, the sound focuses on the darker side of minimal, melodic techno, and each Portal leads to a new, underground spot. Their debut party, in November 2018, was hosted inside a 28 foot-long truck, with a second, outdoor stage in an adjoining warehouse. They’ve since hosted a number of pop-ups in unexpected settings, like Wynwood’s Panther Coffee and a Flash Rooftop Rave on the III Points Festival bus.

“The Portal only opens for a short time and never opens [again] up in the same way,” says collective founder Adar Geva, “which allows for each event to be special and the memories [of each event] unique to those who dance there. Much of our inspiration comes from the European dance and techno scenes [in that] we strive to have our events act as a form of therapy through dance.” Adar wants to see the future of Miami nightlife in the hands of promoters and venues willing to take risks. “The artists in the city have a duty to evolve their event experiences,” he says.

“The intention with Vie Boheme has always been to build a platform that attracts artists [to us],” Vie Boheme founder Naomi Serret explains. “There is so much potential in this city and Miami needs to infuse more art and culture into the nightlife scene. The sole motivation behind going out shouldn’t be just to get wasted… we’re bringing a unique perspective that doesn’t follow any of the expected paths in an oversaturated scene.”

For many who find Miami’s nightlife to be gaudy and exclusionary, crews like Internet Friends, (F)empower, Portals, and Vie Boheme are filling in the gaps. “The big clubs that Miami and Miami Beach became identified with did their job by putting us on the map,” says local Pola Buntster, Director of Storytelling at creative agency, Prism Creative Group. “As more people flocked to these overpriced, over-packed venues, an impersonal experience became the norm. Thankfully, with the rise of arts neighborhoods, and the strength of niche communities and collectives, there are more options for people who just want to get back into what the whole scene initially started as.”

Through supportive collaborations and fostering communities, Venom sees potential for a new era of Miami nightlife. “Miami has a long way to go,” she admits, “but what makes it so different from other cities is that the opportunities don’t already exist here. We have to create them. I see our creative scene as a tree that’s growing out of concrete. All the odds are against it, and it’s not easy, but it’s possible and worth it.”