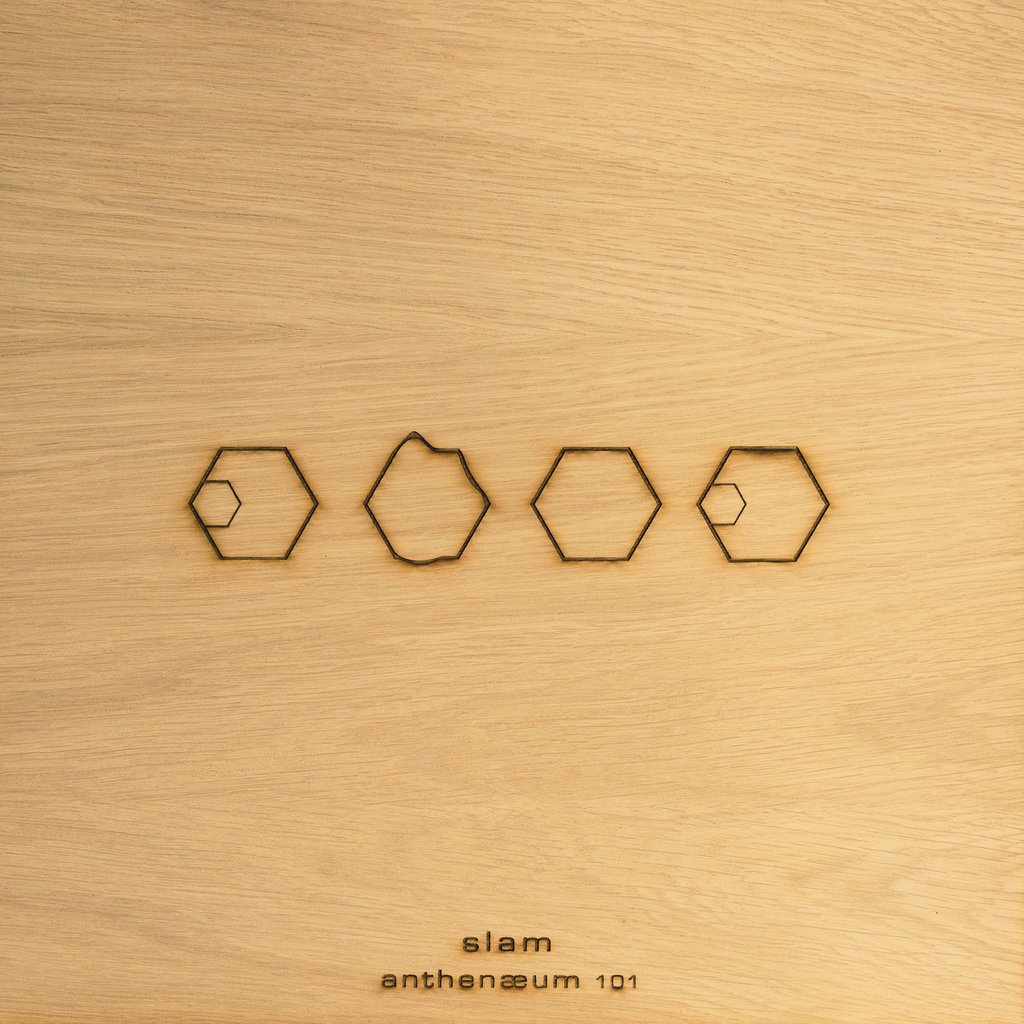 Ben Murphy
Facebook Twitter WhatsApp
Beyond their pounding DJ sets and strident productions, Glasgow techno team Slam have always had a gentler side. That’s in evidence on the many varied releases they’ve put out on their Soma label from other artists, and in their own downtempo material. It’s in full flight on their eighth album, which side lines the pummelling drums and soars off to ride the thermals of blissful, airy ambient music. ‘Athenæum 101’ (101 minutes long and 101bpm in case you’re wondering about the title), contains reflective epics such as ’12.37.870’, where percussive blips cascade over swirling synth pads. On ’33.06.534’, the dub techno of Echochord or Porter Ricks is evoked: a darker sound, where notes reverberate in a cavernous void. Towards the latter part of the record, the beats arrive, and over a stately four-four drum pulse, on ’40.42.771’, dubwise snares snap and ricochet in echo chambers, while sub bass lurks deep in the earth’s mantle. The moody magnificence of ’47.40.991’ is the highlight, where Slam let their gift for melody shine through: a dreamy synth line burrows its way into your subconscious, while a mystical bassline rumbles underneath, letting shards of sun into the record’s introspective domain. On their eighth record, Slam sound better than ever.
8.0
back to top
DJMAG
all sections