From Avoca Hills to the World | DJMag.com Skip to main content 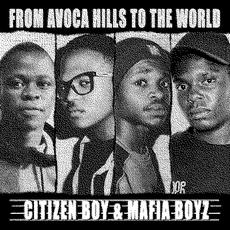 Dhruva Balram
Facebook Twitter WhatsApp
21-year-old South African artist Citizen Boy has created a gorgeous seven-track album, ‘From Avoca Hills To The World’ that charts the mesmeric rise of dance music’s most in-demand sub-genre, Gqom. Released through one of its pioneering labels, Gqom Oh! Records, the album is split into halves: the past and the present. Soft hand-claps layered underneath staccato drums; rolling, brushed hi-hats and ghostly vocals occupy the spaces of the past. Revved-up, accelerated, darker and harder instrumentation make up the second half of the album, taking it to its current, in-demand global position. Enlisting help from his crew Mafia Boyz, who he started making music with as a young teenager, Citizen Boy has created a memorable, unreleased batch of songs that stamp the label and genre’s importance within the current dance music climate.
8.0
back to top
DJMAG
all sections