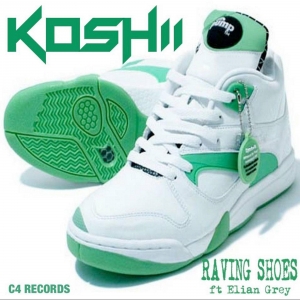 admin
Facebook Twitter WhatsApp
We’ve bigged up this Camden-based trap kru ever since they formed a couple of years ago – and have they given us a word of thanks? No. Still, that’s not what it’s about, and here ‘Raving Shoes’ — featuring UK rapper Elian Grey - is riddled with space invader noises, a burbling bass and sparse beats, with Elian’s vox commanding throughout. ‘Wake Ya Whole Block’ is also taken from their forthcoming ‘Made In Camden’ album, dramatic old skool synths and muted bassline making it surprisingly subdued.
7.5