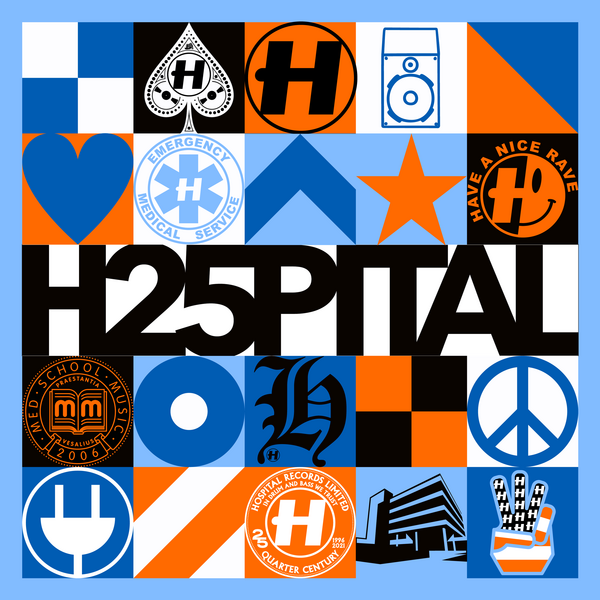 Hospital Records
Facebook Twitter Google+
Started by London Elektricity in 1996, Hospital Records has gone on to become arguably the biggest label in drum & bass, hosting festivals in the UK and abroad and launching the careers of major artists like High Contrast, Netsky and Danny Byrd. This bumper compilation celebrates the 25 years milestone, with 25 new remixes or originals from roster favourites, new artists and seasoned pros; moving from the liquid funk sound on which the label built its name to rolling jungle and rowdy jump-up. It’s ebullient from the very start, with established Japanese producer Makoto contributing the soulful style he’s known for. ‘Spread Love’ is an uplifting piece, with Pete Simpson’s soaring vocal coasting over swelling orchestral strings. Hugh Hardie x Kyan’s ‘Telling Me Apart’ gets the remix treatment from the experimental Bop and Subwave, who dunk the R&B lyric in echo and place it in a spacious ambient soundscape; the chattering breaks and looming bass lending a subtle, brooding edge. Also impressive is Inja & Pete Cannon’s ‘Blank Pages’, remixed by a resurgent Nookie, who brings the jazzy nuances of his prime Reinforced material and gives them a 2021 re-spray. Meanwhile, Ray Keith gives Landslide’s ‘Drum & Bossa’ a rambunctious Amen makeover, the soulful keys coming up against growly Reese bass. In 2020, Hospital was called out by ex- employee Chris Inperspective, who detailed online the lack of Black artists on its roster, or Black employees in its offices. During a time of reckoning for the music industry as much as wider society after the Black Lives Matter protests, Inperspective and others in the scene wanted to illustrate how drum & bass, a genre invented and innovated by Black British DJs and producers, was being whitewashed. On this score, Hospital has listened, implementing a pledge on its website in June last year to improve equality and inclusion at the label. ‘H25PITAL’ has evidently taken this on-board, and features many Black drum & bass pioneers. On the vocal front, DRS and Dynamite give Logistics’ ‘Jungle Music’ an anthemic makeover, their deft rhymes weaving in- between the wobbly sub-bass, paying tribute to the unshakable foundations of the genre. Danny Byrd’s ‘Salute’, with original MC GQ, gets transformed by Amen break surgeon Remarc, whose version mixes mellow synth washes with the drum fusillades we’ve come to expect. Loxy & Ink inject some not-heard- but-felt low-end frequencies into the jazzy Rhodes keys and vocal samples of SKC & Bratwa’s ‘Heart Of Love’. DJ Marky mixes cyborg sub splurges into his slick liquid version of Blame’s ‘Hindsight’, and Dillinja transforms the strange Urbandawn cover of The Beatles’ ‘Come Together’ into a funked up piece, full of clever edits and micro samples. The lack of women DJs and producers in drum & bass (or lack of representation) has also come under the spotlight again lately thanks to initiatives like EQ50, and the compilation addresses this, too. The glossy synth-driven style of Netsky gets some necessary roughness added by Flava D on her excellent remix of ‘Memory Lane’, a master-class of tension and release, with its sub bass drops and snapping kick-snare beat breaking up the soaring melodies. St Petersburg’s A.Fruit tackles Phuturistix’s ‘Beautiful’, demonstrating her inventive dancefloor style, full of stop-start breaks and cavernous space; Johannesburg’s Stay-C takes the ravey piano riffs of Nu:Logic’s ‘New Technique’ and sends them into a vacuum of snarling wubs and precise drum work; and Kyrist gives Fred V’s ‘Away’ a grimy synth bass re-spray. More than simply a highly impressive collection of tracks, ‘H25PITAL’ is notable for its inclusivity, while representing the full style spectrum of the drum & bass scene. BEN MURPHY
Ben Murphy 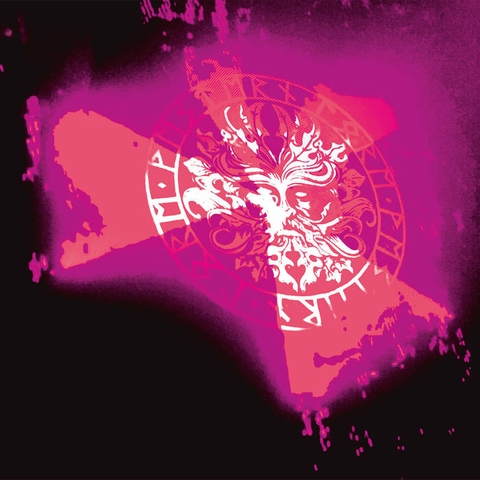 Facebook Twitter Google+
Dead Man’s Chest is one of the leading lights of the jungle revival and his Western Lore label brings together like-minded souls. As the title suggests, there are 1994-flavoured ambient workouts aplenty: Eusebeia’s deep and deadly ‘Divine Light’, Law’s luscious ‘Trapped In Paradise’, Double O’s intricately woven ‘God Is A Woman’ featuring the gorgeous, floating vocals of Sheba Q. But it’s packed with a variety of high tempo reference points. D’tch’s ‘Reperation Dub’ is menacing, stepping drumstep or halftime, or whatever you call it. Brazyn’s ‘Copycat’ knowingly channels face-melting tech-step grime. Sonic’s ‘Pressure’ switches into four-four during its pad-washed mid-section to redefine what we might mean by jungle-techno, then rolls out a fearsome Reese. There’s enough authenticity here to please the most die-hard junglists, but also warps a 30-year-old blueprint into new forms. JOE ROBERTS
Joe Roberts 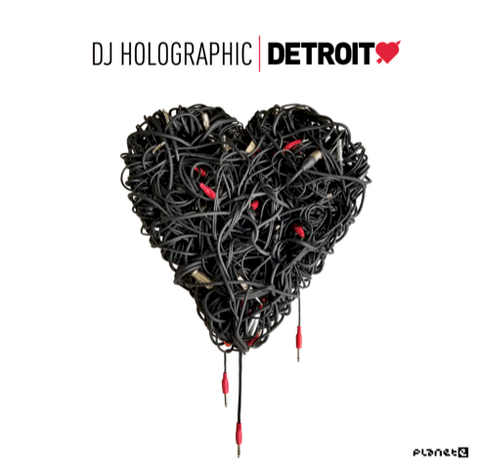 A celebration of the Motor City

Facebook Twitter Google+
Carl Craig’s ‘Detroit Love’ compilation series celebrates its fifth release with a funky and soulful mix from DJ Holographic that’s an infectiously danceable and emotional listen from start to finish. A Motor City native who’s been active in the local scene for over a decade, she explores different facets of Detroit house and beyond through her impeccable selections, from artists in her orbit both new and old. The way DJ Holographic glides between tracks is an art; she’s always building up tension in ways that make space for moments of elation and release. This really peaks with her newest production, ‘Faith In My Cup’. The idea of sharing peaks and troughs communally, at the hands of a DJ as good as DJ Holographic, makes us yearn for the club — but for now, this release is so satisfying. ZARA WLADAWSKY
Zara Wladawsky 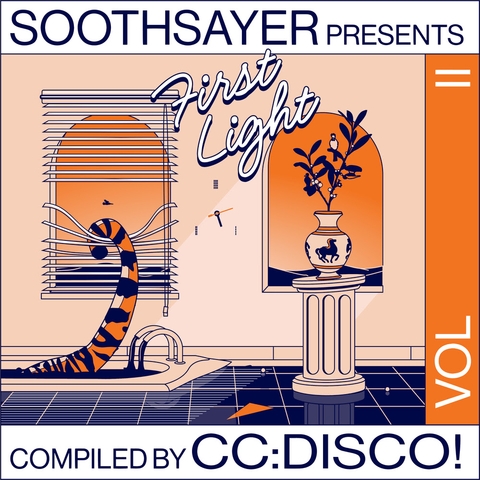 Facebook Twitter Google+
The second ‘First Light’ compilation from CC:DISCO! for the Soothsayer imprint makes for an awkward example of how the prolific nature of club music doesn’t necessarily translate into musical inspiration. Comprising 24 exclusive tracks that traverse an impressive spectrum of deep house, disco, electro and Balearic vibes, drawn from both an Australian pool of producer talent and as contributions from locations such as Russia, Zambia and Sweden, there’s a certain level of quality maintained across the selections. There’s no joy in playing down the enthusiasm that’s clearly been invested into the curation, but equally, it’s impossible to avoid discussing its blandness; the rolling out deep house tropes that sounded a lot better in their original iterations 20 years ago. Given the volume of new music that CC:DISCO! explores here, what stands out is the lack of surprises. ANGUS PATERSON
Angus Paterson

Facebook Twitter Google+
Remembering the club constructions of the first volume of this compilation, we did a double take on listening to its follow-up four years later. Daft Punk and Motorbass might be gone, but their influence — along with the acid of The Micronauts, the electro crunch of Alex Gopher and Étienne de Crécy, and the techy swing of the likes of Chris Carrier and Dan Ghenacia — has inspired a new generation of house producers. Check Herr Krank’s boogie-basslined ‘Something Different’, KX9000’s breezy, jazzy ‘Gambling House’ or Fasme’s spellbinding ‘Turbo Blaster’ and you’ll see what we mean. There’s an impressive cohesion, even when veering into electro breaks, as on Vitess’ wicked ‘D.C.D.L’, or faster acid, Berzingue’s ‘With The Brizious’ — creating a distinctive new signature sonic that synthesises various strands of the country’s illustrious contributions to house. JOE ROBERTS
Joe Roberts 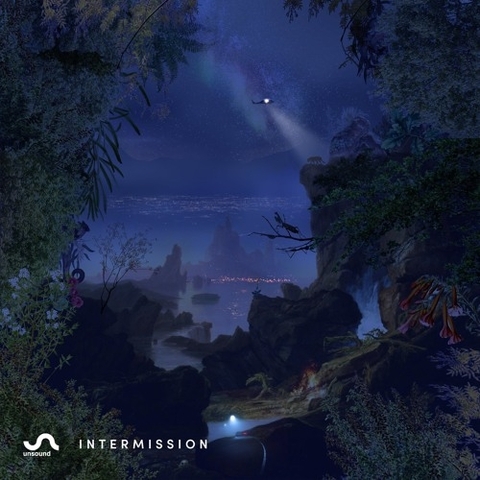 Facebook Twitter Google+
Musical connections were severed, then refigured, as the pandemic struck. Poland’s hyper-experimental festival Unsound moved to digital-only performances and talks, and re-thought how to bring the music to its loyal, global following. This comp and accompanying book is another of Unsound’s timely responses. The book has two-dozen essays on topics like the pandemic, ecology and racism, and the comp in part ties into these issues; field recordings of BLM protests by DeForrest Brown, Jr. and James Hoff, and a burning Amazon by Ben Frost, are searing. Elsewhere, the festival’s out-there programming is reflected: techno- trance blends from VTSS and Varg, and futuristic club music crews Nyege Nyege and SVBKVLT represented by Slikback’s crunching drum swells and 33EMYBW’s surround-sound chimes. A collab between Jlin and the late SOPHIE is poignant, both tender and menacing in its downbeat bursts. LAUREN MARTIN
Lauren Martin 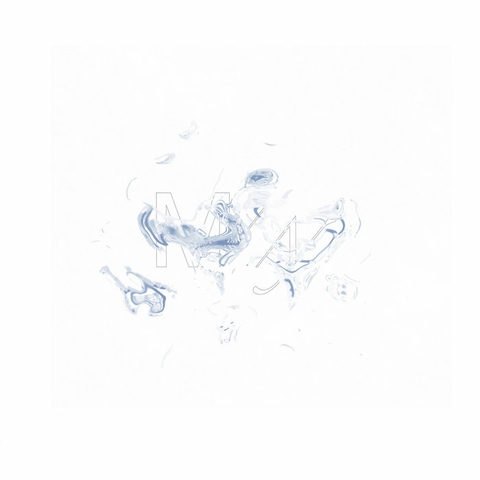 Facebook Twitter Google+
Paris’s Anetha founded Mama Told Ya to celebrate collaboration and experimentation in techno, and the label’s debut compilation is an excellently curated showcase of high-octane club music. Cavernous rhythms slice through UFO95, Ryan James Ford and Quest?onmarc’s contributions, which bring back peak-time big room memories. EMMA DJ, Fakethias and Anetha barrel through at dizzying and frenetic tempos. Isabella and ABSL conjure up deep and transcendent sunrise grooves, while Tommy Holohan and Jardin & Certain Smith go for pure hands in the air nostalgic epicness. X-Coast takes a delicious dive into some ’90s rave-scapes, and Croatian Amor & Varg2TM’s beats skitter and unravel over glacial atmospheres. The first in a series of compilations that are inspired by the four elements, this release changes forms and flows in different ways like water, while remaining true to its core. ZARA WLADAWSKY
Zara Wladawsky

Facebook Twitter Google+
Based in Ho Chi Minh City, Gãy is a Vietnamese music collective whose first club compilation brings disparate producers from across the country, and its diaspora, into a high-octane project. Skipping through techno, house, gabber, IDM, industrial, hip-hop and breakbeat, this puts a deserved spotlight on Vietnamese talent. ‘Tiny Giant’ ambles with flutes, vocals and sounds reminiscent of classical Vietnamese music, before shifting gears and really powering the energy up. Mess and Attiss Ngo carry things forward, before a whole slew of producers bend the idea of what Vietnamese producers are capable of; ably creating music that could fit inside a sweaty club in Manchester, Berlin or Toronto. What really helps elevate ‘Nhạc Gãy Tổng Hóp Số 1’ is the excellent track-listing, where the genres segue into each other allowing a comfortable listen front to back multiple times over. DHRUVA BALRAM
Dhruva Balram 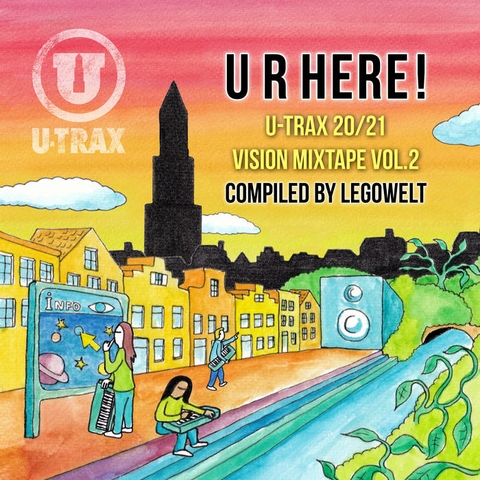 Facebook Twitter Google+
Were it not for a delivery mix-up with his demos, Legowelt’s first productions might have been on Dutch label U-Trax — which shut its doors in 1997, only restarting 21 years later. A chance meeting with label boss White Delight at ADE 2018 offered an opportunity to make amends, by curating this second remastered label retrospective. You can hear the influence on Legowelt’s own aesthetic: lo-fi tape recording, cosmic-leaning samples and a distinctive twist on Chicago jack. There’s banging acid on Tick Trax’s ‘Pump Trax’, warehouse-rattling techno on Jo-I’s ‘A7’, raw electro on Sonar Base’s ‘Sonar Base 6’, and even lush, synthesised sax-led house on The Connection Machine’s ‘Echoes From Tau Ceti’. Our fave is Thavius Beck’s ‘Reunited With The All’, which sounds like a Radioactive Lamb cut: glossolalia vocals, biblical references and otherworldly melodies floating over hip-hop beats. JOE ROBERTS
Joe Roberts
back to top
DJMAG
all sections