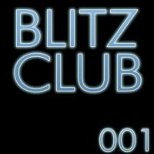 admin
Facebook Twitter WhatsApp
I'm intrigued instantly when I see the name Rusty Egan in any production credit, especially in association with two of the most talented custodians of the modern disco sound, Justus K?ke and Bottin. The former Rich Kid and originator of the New Romantic scene in London in 1980 teams up with the aforementioned for a rather thrilling foray into deluxe 'discotech' music - driven by swirling synths and pulsating acid basslines.
7.0

Get Off The Floor

Fisherman's Bend (A Mountain Of One Remix)

No Sleep feat. TT The Artist

The Best Of Me