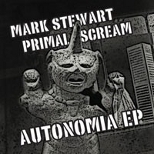 admin
Facebook Twitter WhatsApp
It may never be remembered like Jagger and Bowie's collusion, but this precursor to an album project sounds very promising. Both of their confrontational styles work well together and we get plenty of what we'd expect from such a collaboration - noise. Mark Stewart's fellow Bristolian, Pinch, loads up on Stewart's bawl and shreds the production into a rugged, industrial-strength steppa. To accompany, Glasgow's JD Twitch drops a killer electro fix in both of his vocal and instrumental versions.
8.0

I'm With It (Remixes)

The Time And Space Machine

The Eyes In The Heat