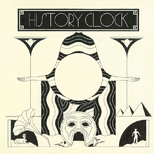 admin
Facebook Twitter WhatsApp
This exquisite disco 'roughie', paying homage to that sleazy, backroom-disco sound of the Boys Town Gang and Skatt Bros., is the latest addition to the History Clock canon; and I'll wager that this is going to be the post-summer smash of the underground's counter-cultural disco scene. 'Cruiser' is a simple bass loop that grinds and growls like an early Weatherall-style groove, beneath some of the most X-rated sociolinguistics that would make even a sailor blush! On the b-side, 'Relaxer' is a punchy, proto-house instrumental that sounds somewhere between the very early releases on Trax and one of those obscure 12" dub versions from a mid-'80s UK pop tune. Essential.
10