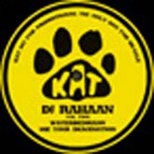 admin
Facebook Twitter WhatsApp
Triennial part of a re-edit series from Chicago's DJ Rahaan, who does a fine cut 'n' paste job on three bonafide warehouse-style disco classics. Opening with a trimmed version of Jackey Beaver's 'Mr. Bump Man' from 1974, Rahaan stretches the incessant percussion out to a 10 minute dancefloor workout and makes more of a feature of the robust vocal and nagging guitar licks. An edit of Michael White's epic jazz-funk number, 'So Good To Me' follows and finally a re-calibrated version of The Intruder's cover of the perennial soul classic, 'Be Thankful...', rounds this EP off in a fine style.
7.0

Can I Speak To the World, Please

Jokers Of the Scene