Fisherman's Bend (A Mountain Of One Remix) | DJMag.com Skip to main content 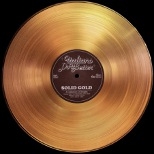 admin
Facebook Twitter WhatsApp
Tiedye caught our attention with their slo-mo, Balearic version of Metallica's soppy ballad, 'Nothing Else Matters'. Released initially on Italians Do It Better, the duo return with 'Fisherman's Bend' and a stunning remix from kindred spirits, A Mountain Of One. AMOO have announced, sadly, that this production will be their swan song; but it's one of their best. The cascading, Floyd-esque (Pink not Keith) synths and other psychedelic touches employed make for a compelling listen and a magical makeover of the original version. A perfect note for AMOO to bow out to and make way for a new project, War Cry.
10

The Best Of Me

No Sleep feat. TT The Artist

Get Off The Floor