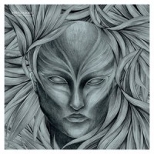 admin
Facebook Twitter WhatsApp
The first of three precursory singles leading to an album debut from Jori Hulkkonen & Jeri Valuri's Processory project. Leading album tracks such as 'Nightfall' and 'Young Italians' fall under the production scrutiny of XL's nu-disco superstar, Aeroplane, and h-pop/chillwave hero, CFCF, respectively. Aeroplane delivers exactly what you expect, a euphoric remix that will no doubt be the tune that will get the most Shazam hits over the forthcoming festival months; but it's CFCF's version that is the highlight, with its delicate, nebulous, hypnogogic beauty.
8.5