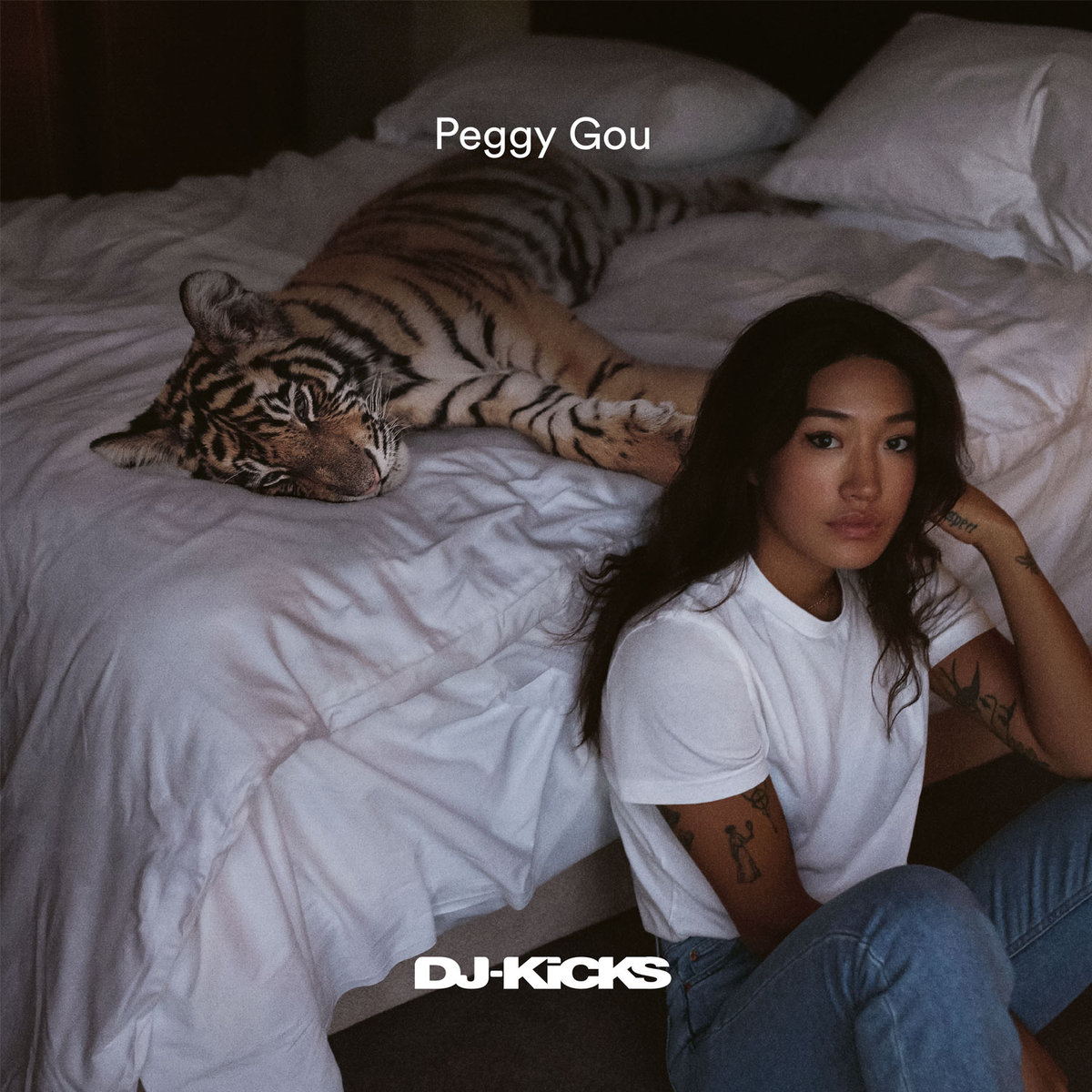 Kristan J Caryl
Facebook Twitter WhatsApp
Peggy Gou quickly became one of dance music’s biggest superstars. It’s not just the high profile clubs and festivals she plays that make it so, but the hardcore fanbase she has that chant her name, gift her giraffes and wave their shoes at her at every gig. She’s a party-starting acid, house and techno DJ who gets any crowd in a frenzy, often draped head to toe in Louis Vuitton, Dior or her own new fashion brand Kirin. But the cover of her DJ-Kicks disposes of high fashion in favour of stonewash jeans and a plain white T-shirt: the inference is that Gou wants to let her music do the talking here. And it sure says a lot across eighty action packed minutes. Nineteen tracks from the likes of Kyle Hall, Andrew Weatherall, Aphex Twin and DMX Crew range from raw, percussive workouts to slow acid contortions via thumping techno, breezy house, and her own Metro Area style disco stepper, ‘Hungboo.’ It works as an interesting window into her wider musical world, but also a classy club mix with a great sense of momentum. Mixing often comes secondary to selections, but when the selections are this good, no one is going to care.
9.0
back to top
DJMAG
all sections