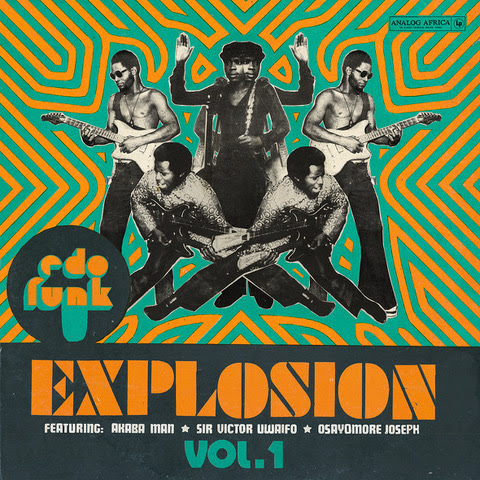 Tristan Bath
Facebook Twitter WhatsApp
That the country who gave us Fela Kuti, Tony Allen and Naira Marley is not considered one of music’s great exporters really means my predecessors weren’t doing their job. That’s finally being corrected thanks to records like this, a compilation of late-’70s and ’80s dance music from Benin City in southern Nigeria. The sound is Edo funk, played here by three artists: studio pioneer Sir Victor Uwaifo, political Osayomore Joseph, and “philosopher king” Akaba Man, whose ‘Ogbov Omwan’ is possibly the peachiest pick of this party potpourri. Joseph’s ‘Who Know Man’ and Uwaifo’s ‘Obviemama’ will also make you move, tracks you could imagine Tash LC sprinkling into a set amid a bevy of funky house. Listen if you like The Specials, the original FIFA Street soundtrack, or the feeling of dancing as though everything might just be alright. SAM DAVIES
back to top
DJMAG
all sections