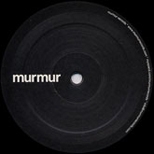 admin
Facebook Twitter WhatsApp
A dream team of remixers here for Murmur boss Geddes' fave track for his now two-year-old label. Originally out in 2009, 'Crewcuts & Curls' gets turned over by the inimitable Jamie Jones, who slices and dices the vocals, throwing in a bubbling, rolling bassline. Luke Solomon injects some wonky oddness, which combined with the bizarro vocals, makes for a rather twisted affair. Elsewhere, New Yorkers Wolf + Lamb have a crack at 'In Your Eyes', crafting a blissed out, late-night houser.
8.0

Best I Can Do