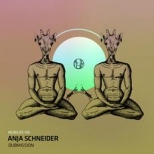 admin
Facebook Twitter WhatsApp
A rogue entry in the electro/progressive reviews, ‘Dubmission’ is just as much a leftfield sonic direction for Schneider herself. Named after a weekly party at Berlin’s iconic E-Werks club, it’s a feathery soft collection of melodies that channels the enigma of early '90s trance. There’s a tougher edge to the bassline, though it’s used by Schneider to weave some particularly beautiful melodic elements into the track. Something quite special.
8.0

Some Break the Shell EP

The One (Matt Lange Mix)