I Don't Wanna Be Your Boy (Medicine 8 Remix) | DJMag.com Skip to main content 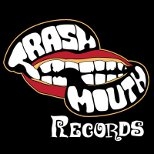 admin
Facebook Twitter WhatsApp
Another cracking remix outing from Luke and Liam of Medicine 8, who this time we find working their musical magic on Japanese garage-rockers The Boicotts. The result is a poly-rhythmic assault on the senses that is near to the territory CSS inhabit, the hard to straddle thin line of credible crossover where bleepy beatyness meets shouty shimmying. It's not a clash of musical cultures but rather a cool melding of opposing influences.
7.0

Too Much Party Time