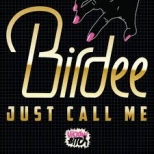 admin
Facebook Twitter WhatsApp
Birdee has had quite a bit of exposure for his previous releases on Southern Fried, with Radio 1 airplay and support from the likes of Laidback Luke and Crookers. 'Just Call Me' is an accomplished bit of what is probably called 'electro house' by Beatport, but in fact the subtle blend of dirty basslines and funky grooves goes beyond that limiting term. It's the funk that is brought to the for in Fare Soldi's remix, which really kicks things into overdrive.
8.0