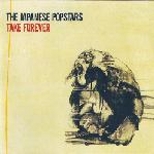 admin
Facebook Twitter WhatsApp
Robert Smith's recent outing with Crystal Castles on the magnificent 'Not In Love' has been one of the highlights of the year, sounding something like The Cure might have done if they emerged in 2011. Sadly, the Japanese Popstars' use of the man's unique vocal talent ends up sounding like a poor attempt at copying Smith's own band in one of their less successful phases. Even a Vince Clarke-ish remix from Deadstock 33s doesn't save the day.
3.0

I Don't Know What To Do

Fear Of The Dark EP

You Don't Want To Dance With Me