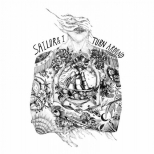 admin
Facebook Twitter WhatsApp
Whispers in Berlin that its Innervisions crew had turned ‘trance’ had grown deafening, following some particularly euphoric performances at Mexico’s BPM Festival in January. Now we finally have proof in the form of this spectacular summer anthem Âme have turned in for the Life and Death stable. The original’s soulful singer/songwriter elements are adopted perfectly, wrapped around a twinkling, swirling cyclone of melody that peaks with an explosion of melancholic emotion. A definitive record that pushes the limits of what‘s defined as ‘progressive’ in 2014.
9.5