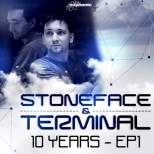 admin
Facebook Twitter WhatsApp
Remixed to mark Stoneface & Terminal’s 10th anniversary of working together in the studio, the updates that are made to ‘Venus’ are largely of the “under the hood” variety, imbuing it with a tech house groove that preps it nicely for modern dancefloors. The end result is a driving progressive trance record that sounds every bit as exciting as when it was released a decade ago, and is a testament to the ongoing pursuit of innovation we’ve enjoyed from the duo.
8.0