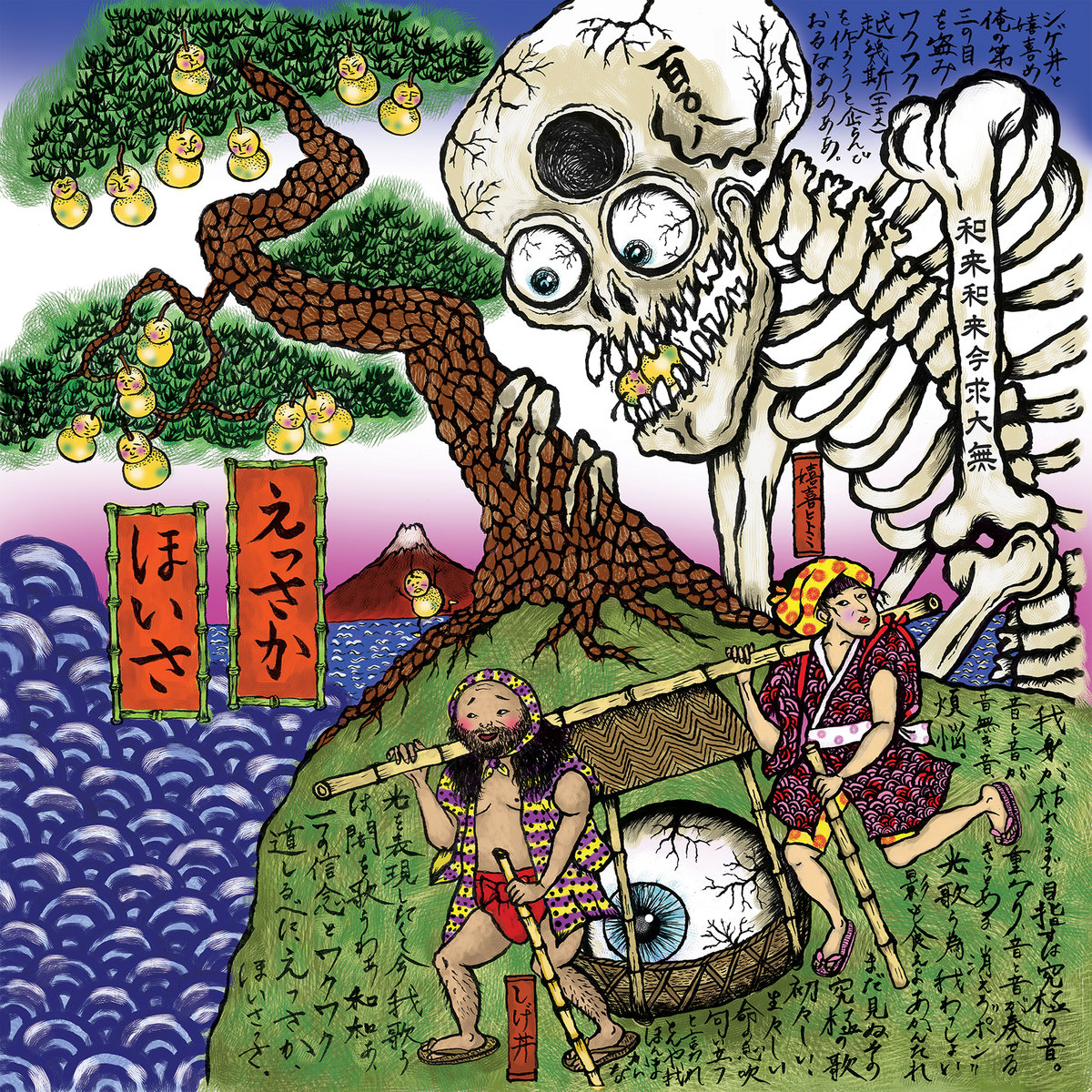 Tanya Akinola
Facebook Twitter WhatsApp
Whilst compelling in their solo endeavours, Japanese artists Kiki Hitomi and Shige Ishihara compliment each other as WaqWaq Kingdom, liquefying underground genres into new forms. On their third release, they melt hypnotic West African rhythms into left-field pop and Japanese mythology. The phrase ‘Essaka Hoisa’ comes from a traditional Japanese chant that evokes perseverance, and the duo use the album to explore concepts about the weight of human existence. Lyrically, they scrutinize human greed, over-consumption, and generational wisdom. Though the motifs are heavy, the music is delightfully bright, and Kiki’s vocals are warm and child-like. Borrowing from psychedelic and electronic tropes to African polyrhythms and chants, they manage to tie seemingly disparate elements together without it feeling kitsch. With conceptual influences pulled from their own culture and global sonic influences, the album is an ultra-modern kaleidoscopic of inspirations.
8.0
back to top
DJMAG
all sections