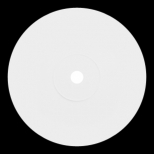 admin
Facebook Twitter WhatsApp
Sometimes there’s a science to silence and other times it’s just because you haven’t made any music or found anyone that’s willing to put it out. I’m willing to bet that it’s the first one for Spatial, who returns soon with the frantic techno stomp of ‘Primitives’ on the Broken 20 label. In fact, I know it’s the science one because he’s written his own generative audio-visual software which’ll accompany the release of his 12” on DVD. Ha.
8.0

A Pair of Quiet and Empty Rooms