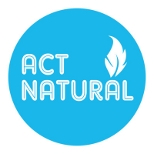 admin
Facebook Twitter WhatsApp
Who the hell is Huxley? I have no idea, but according to his Soundcloud he's from Tring, which means he's automatically the best thing that town's ever produced. Everything I've heard from this guy has been absolute gold, but 'Shower Scene' is his finest moment yet, a marriage of late '90s garage and golden New York house that shimmers in the highs and bangs in the lows.
8.0

Love Without A Heart