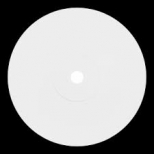 admin
Facebook Twitter WhatsApp
Mate, Cosmin’s defintely not pissing around with the second release on his Fizic label. ‘Uzura’ comes rollicking out of the traps a fiercely overdriven and wantonly possessed thing. It barely lets up the stomp over its six-and-a-half minutes though it's neat how he manages to make a constant throb retain your interest. I’d say ‘Vitriol’ is the calmer cut, but then those feedback pulses start seething around the 90-second mark and that argument dies a static-soaked death.
8.0

A Series of Oopsie Daisies

Melting the Earth Onto the Body Without Organs