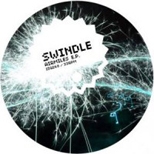 admin
Facebook Twitter WhatsApp
The latest Planet Mu signing is man of the moment Swindle who is one of my tips for big things this year. His debut comes in the form of 'Airmiles' a synthed-out grime and funky-influenced monster, which has been caned by DJs much wider than the usual grime contingent. Toddla T, Starkey, Oneman and Bok Bok have all been blazing it all over the globe. Now the ink has dried on his addition to the 1xtra In New DJs We Trust roster, he is set to get 'Airmiles' flying all over Europe! It's backed by future-funk roller 'Molly', which is the secret gem in this package.
8.0

Look Into My Eyes

Eyes On You (Remix)